Claimed and prior art ranges must have meaningful difference for nonobviousness 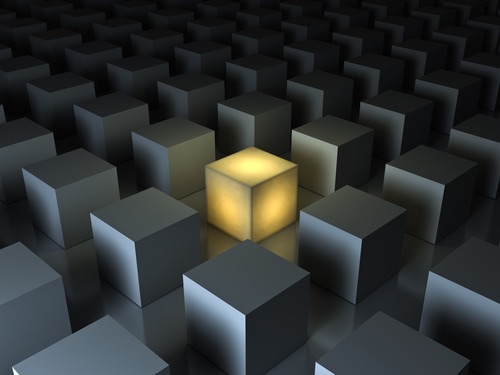 Patent claims can recite a numerical range and a patent can be awarded based on the novelty and nonobviousness of the claimed range. Normally, compositions are claimed in this manner but other types of inventions can be defined in terms of a numerical range such as a length as well. In re: Brandt (Fed. Cir. March 27, 2018) explains that very small differences in the respective ranges can support an obviousness rejection unless the inventor shows a meaningful difference exists.

MPEP 2131.03 explains how to determine when the range disclosed in the prior art anticipates or is an obvious variant of the claimed range.  MPEP 2173.05(c) provides additional information on claiming a numerical range as part of the invention.

Fourth, the claimed numerical range can be close to but does not overlap or touch the prior art’s disclosed range.  In this instance, the prior art’s disclosed range does not anticipate the claimed range.  In re: Brandt explains this relationship between the respective ranges further.  This scenario is treated in a similar manner that the second and third scenarios are treated.  The bottom line is that the inventor has the burden to present arguments or evidence that show that the respective ranges have a meaningful difference.  Otherwise, the claimed range will be obvious.

This case is an appeal from a final rejection during examination.  The inventors appealed the examiner’s final rejection to the Patent Trial and Appeal Board (Board).  Now, the inventors appeal the Board’s findings to the Federal Circuit.  The patent application at issue (US Ser. No. 13/652858) in the case relates to a roof covering.  The covered roof consists of stratified layers including a roof deck 32, an insulation board 34, and a high-density overboard 10.  See image below. 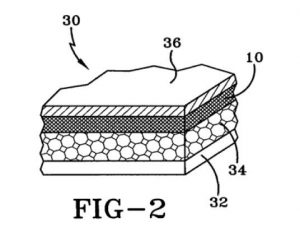 The claims of the patent application required the coverboard to have a density > 2.5 lbs/ft.3 and < 6 lbs/ft3.  The examiner cited a prior art reference that disclosed a layer having a density between 6 lbs/ft3 and 25 lbs/ft3.  The upper end of the claimed range abutted the lower end of the range of the cited prior art.  This difference was described as “virtually negligible” “could not be smaller” “minor” “so mathematically close.”  Because of this, the examiner rejected the patent claims as being obvious.

The inventors had two arguments in support of this appeal.  First, the Board erred in finding a prima facie case of obviousness because the respective ranges did not facially overlap.  In support of this proposition, the inventors cited a nonprecedential decision, specifically, In re Patel, 556 F. App’x 1005 (Fed. Cir. 2014).  The Federal Circuit disagreed with the inventors’ reading of the case.  Moreover, the Federal Circuit affirmed the Board’s decision because the claimed range and the prior art range abut one another and the inventors did not provide any meaningful distinction between the respective ranges.

Second, the inventors argued that the Board erred in finding the prior art does not teach away from the claimed invention. During the appeal to the Board, the Board required the inventors to show the criticality of the difference between a coverboard having a density of 5.99 lbs/ft3 and 6.00 lbs/ft3.  The inventors argued that requiring the inventors to make such a showing was in error.  The Federal Circuit disagreed because the inventors’ arguments were tantamount to “an assertion that there is some criticality to having a coverboard density of greater than 6 pounds per cubic foot.”  The Federal Circuit affirmed the Board’s decision.

Ramifications for preparing a patent application

Some inventions are conducive for claiming ranges.  As stated above, composition claims are stated as a range.  However, even mechanical invention can be claimed as a range.  For example, a lever system can be described in terms of a range even though claiming a lever in terms of a specific range would be quite limiting.

With this in mind, when the invention can be described in terms of ranges even for mechanical inventions, take a few minutes and think through the ramifications of changing dimensions to see if those ranges make the invention behave differently and include those insights into the patent application.  The patent application can describe the ranges as narrowing or shifting brackets.  More importantly, to the extent possible, the patent application should also explain how the invention behaves differently within the sub ranges.  During the examination stage, the broad range may have to be narrowed to avoid the prior art range or the prior art range might be close to the claimed range.  Having the reasons for differences in the subranges may help in support of the future nonobviousness arguments.