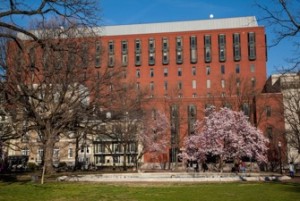 DSS successfully challenged the Board’s finding of obviousness of claims 1–4 and 9–10 of its ‘242 patent.  The patent is for a wireless communication network for a single host and multiple peripheral devices. The obviousness ruling turned on one limitation of claim 1, reciting “said server and peripheral transmitters being energized in low duty cycle RF bursts.” The pertinent prior art reference, Natarajan, also performs power conservation on wireless link adapters at the mobile units. However, Natarajan did not disclose reduced power consumption for its base station transmitter, analogous to the mobile station in the ‘242 patent. At issue was whether it would have been obvious to modify the base station in Natarajan to include “energized in low duty cycle RF bursts” from claim 1.

The Federal Circuit found that the Board failed to provide sufficient explanation for its obviousness finding, instead using a conclusory approach that asked whether the missing limitation resulted from “ordinary creativity” of a skilled artisan. According to the panel majority, the question of whether the claims resulted from ordinary creativity was akin to asking whether the claims were obvious as a result of common sense. Therefore, the Federal Circuit began by returning to it’s 2016 ruling in Arendi S.A.R.L. v. Apple Inc., 832 F.3d 1355 (Fed. Cir. 2016), which dealt with the proper use of common sense as part of an obviousness rejection.

Ordinarily, common sense is use in an obviousness rejection, Judge O’Malley explained, in order to provide a motivation to combine, but not for the purpose of supplying a missing claim limitation. Further, common sense is further limited to only supplying an unusually simple feature in straightforward technology, and cannot use be used to replace reasoned analysis and evidentiary support, especially when dealing with a limitation missing from the references.  Arendi S.A.R.L. at 1361–62. In this case, the panel majority determined the power conservation feature lacked simplicity and played a major role in the claimed subject matter. The Federal Circuit also noted the lack of evidentiary support provided by Apple’s expert who only gave “conclusory statements and unspecific expert testimony.”

More specifically, the panel majority explained that the full extent of the Board’s analysis relating to obviousness was contained in a single paragraph. O’Malley explained:

After acknowledging that Natarajan does not disclose a base unit transmitter that uses the same power conservation technique, the Board concluded that a person of ordinary skill would have been motivated to modify Natarajan to incorporate such a technique into a base unit transmitter and that such a modification would have been within the skill of the ordinarily skilled artisan. Id. In reaching these conclusions, the Board made no further citation to the record. Id. It referred instead to the “ordinary creativity” of the skilled artisan. Id. (quoting KSR, 550 U.S. at 420-21). This is not enough to satisfy the Arendi standard.

According to Judge Newman, because the Board’s claim construction acknowledged both sides’ arguments, and acknowledged Apple’s expert’s testimony, there was substantial evidence and explanation in the Board’s decision to support the determination that the claims were obvious. Notwithstanding, Judge Newman wrote: “In the event that the PTAB’s findings or reasoning is deemed inadequate for appellate review, the proper appellate response is not to cement this inadequacy into a final judgment for the opposing party.”

A claim limitation missing from the prior art will not be supplied by common sense when the technology is not straightforward, the limitation plays a major role in the claims, and no strong evidence to the contrary is of record.