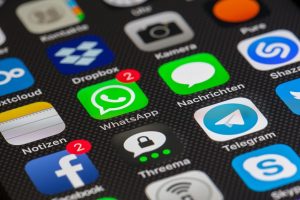 BlackBerry’s complaint asserts a total of seven patents-in-suit, including:

As BlackBerry’s complaint notes, it has been a leader in the development of mobile communications for the past 30 years and its innovations led to the commercialization of some of the earliest smartphone models available in the U.S. It has attained many mobile messaging patents, including those asserted against Facebook, which cover improved security, improved user interfaces, battery-efficient status updates and combined gaming/messaging platforms. 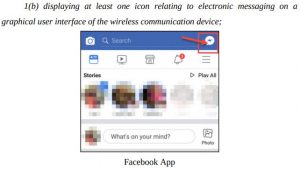 Facebook’s alleged infringement stems back to August 2011 when it released its Facebook Messenger application more than six years after the release of BlackBerry Messenger. WhatsApp and Instagram, which Facebook would acquire later in separate deals, also released their messaging platforms after BlackBerry Messenger had allegedly invented most of the technologically innovative messaging features at issue in the case. The success of BlackBerry Messenger relative to Facebook’s messaging services was further argued by citing to the Android and iPhone download statistics for BlackBerry’s messaging application for both of those mobile platforms. Within eight hours, the BlackBerry app was downloaded 5 million times and, within two years, that total would grow to 100 million. Each count of infringement which BlackBerry brings in the suit also includes arguments as to why each of the inventions covered by the asserted patents were not well-understood, routine or conventional at the time that they were patented. BlackBerry alleges that the patents-in-suit disclose unconventional solutions to issues specifically arising in the context of mobile communications devices. Persons having ordinary skill in the art at the time of the inventions would not have understood that the inventions could have been performed in either the human mind or by pen and paper. Such arguments would seem to designed to head off any invalidity challenges under 35 U.S.C. § 101, the basic statute governing the patentability of inventions. In cases like Alice Corporation v. CLS Bank International, patents covering software inventions have been invalidated on the argument that the underlying software is merely an abstract idea. This style of getting ahead of a Section 101 invalidity argument was also recently seen in a case filed by Portal Communications that alleged Apple willfully infringed on patents covering natural language processing with its Siri digital personal assistant.