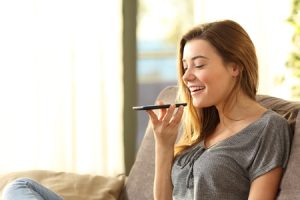 On March 8th, Plano, TX-based Portal Communications filed a suit for patent infringement against Cupertino, CA-based consumer tech giant Apple Inc. (NASDAQ:AAPL) At issue in the case, which was filed in the Eastern District of Texas, are a series of patents covering natural language voice query technologies which are allegedly in use by Apple’s Siri digital personal assistant.

Portal Communications is asserting a series of three patents in its suit against Apple:

According to Portal’s complaint, the patents-in-suit were originally developed by Dave Bernard, a pioneer in natural language processing and other technologies relevant to the patents. Prior to Bernard’s inventions, human interactions with computing devices and Web-based queries were primarily through non-voice input means, such as keyboards or mice. Software products at the time that did enable users to make voice-based queries often did so for limited functions, such as opening or closing files, and utilized voice training techniques which often produced unreliable results in response to voice queries. Such voice training systems take a long time to produce better results and tend to provide less accurate results to those other than the human user involved in the voice training.

In arguing for enhanced damages for willful infringement of the patents-in-suit, Portal Communications alleges that Apple has had knowledge of both the ‘645 and the ‘654 patents since at least June 2012, when either patent was cited by Apple in patent applications which it filed that month with the U.S. Patent and Trademark Office. Portal alleges that Apple has over 75 patent publications which cite to the ‘645 patent and more than 100 patent publications which cite to the ‘654 patent. Portal’s allegations focus on a very wide range of Apple products including multiple generations of the iPhone, iPad, iMac and MacBook models dating back to late 2009, especially those devices which are used in combination with Siri natural voice query processing technology. “Further, to the extent Defendant continues its infringing activities post-suit, such infringement would be clearly and necessarily willful,” Portal argues.

Interestingly, Portal goes to great lengths in the complaint in a seeming attempt to head off any attempt to invalidate the patents under 35 U.S.C. § 101, a very real concern for patent owners asserting patents in district court during the current patentability climate. In presenting the technologies covered by each patent asserted in the case, Portal cites specific ways in which each patented technology improved prior art technologies, such as attributing meanings to words based on their spoken context and permitting users to interact with natural language query systems in multiple ways. Portal argues that each patent provides an inventive concept; does not claim an abstract idea; does not claim well-known, fundamental economic or conventional business practices; does not preempt an abstract idea; cannot be practiced by a human alone; constitutes the application of inventive ideas not existing or obvious; and necessitates the use of discrete hardware and software components programmed in a particular way to enable performance of the specified functions.

Anyone who has followed recent case law regarding patentability standards under Section 101 will likely recognize Portal’s attempt to prevent Apple’s ability to invalidate the asserted patents under the standard set by the U.S. Supreme Court’s 2014 decision in Alice Corporation v. CLS Bank International, a case which significantly narrowed the patentability of software and business methods by invalidating a patent covering a method for exchanging financial obligations using a computer system as a third-party intermediary. SCOTUS found that the application of a well-known economic practice through a computer system did not meet the basic Section 101 threshold for patentability, rendering the claimed invention unpatentable as an abstract idea. It’s not inconceivable that Apple could argue for Section 101 invalidity under the Alice standard as natural language processing is something that human beings have done for millennia.

Such preemption of a patentability argument is especially warranted given the defendant being targeted by Portal. Apple has previously shown itself very willing to go to far lengths in order to invalidate patents which they have been declared guilty of infringing. For example, Apple has previously gone to the Patent Trial and Appeal Board (PTAB) to invalidate Smartflash’s patents covering data storage and accessed systems practiced by the iTunes Store, wiping out a $533 million damages award for willful patent infringement handed out by a federal district court. Apple also successfully petitioned the PTAB to invalidate patents covering secure communications technologies owned by VirnetX, wiping out more than $1 billion in valuable private property. Apple was successful in invalidating the VirnetX patents despite the fact that it petitioned for validity review more than one year after VirnetX first asserted those patents against Apple, which should have put Apple outside of the statute of limitations in petitioning for validity reviews by the PTAB. Clearly, Portal has picked a perilous foe in this case, the entity’s first suit filed in district court to allege patent infringement.