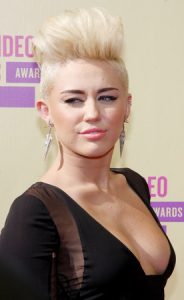 On March 13th, attorneys representing Jamaican songwriter Michael May filed a suit for copyright infringement in the Southern District of New York. At issue in the case are musical elements from a 1988 song written by May which were allegedly copied by songwriters for Miley Cyrus 2013 single We Can’t Stop. Although the song lyrics are the only musical element which have been allegedly infringed, the complaint makes plenty of mention of cultural elements which have also been appropriated by Cyrus during the course of her career.

The allegedly infringed lyrics come from We Run Things, a song written and performed by May under the stage name Flourgon. The song was a Number 1 hit in May’s home country and allegedly garnered success in the United States, United Kingdom and Canada as well. We Run Things includes the lyrical phrase, “We run things. Things no run we.” The complaint notes that this phrase is not grammatically correct owing to the influence of Jamaican Patois creole language which, when translated into English, results in grammar errors. In November 2017, May and the co-writers of We Run Things obtained a certificate of copyright registration for the song with the U.S. Copyright Office.

Plaintiff May alleges that, at three times during We Can’t Stop, Cyrus repeats the phrase, “We run things. Things don’t run we.” “With purposeful knowledge and intent, Defendants unlawfully misappropriated Plaintiff May’s original, unique and creative lyrical phraseology in order to establish an overarching and pervasive theme for ‘We Can’t Stop,’” May’s complaint reads. This theme of “defiant audaciousness in the realm of self-discovery and self-governance” would fail to be authentic or successful if Cyrus didn’t use the substantially similar theme from May’s copyright content.

The complaint also spends some time talking about major changes made to Miley Cyrus’ persona since she began her musical career in 2006 under the moniker Hannah Montana. While the Montana character was marketed as “all-American” and wholesome, Cyrus made major changes to her marketed personality in August 2012 when she changed her hairstyle and began making comments to various media outlets about her new “edgy” persona. Following this, the complaint notes that Cyrus’ creative sound made a large shift from modern pop music for a more “urbanized” sound:

“Defendant Cyrus exchanged her trademark ‘good girl’ Disney profile for a gritty and hyper-sexualized image, quite often brazenly and defiantly invoking provocative and obscene statements, lyrics and gestures in her performances. While doing so, Defendant Cyrus dramatically changed her style of dress and personal vocalizations to reflect the grittiness, aggression and sultriness associated with U.S.-based hip-hop, R&B, urban and Caribbean music.”

May alleges that the copyrighted material, including the incredibly similar phrasing of the lyrics originally from We Run Things, accounts for approximately 50 percent of the substantive content of We Can’t Stop. The plaintiff claims that Cyrus’ song is also centered on the same theme of an individual’s control over one’s own actions without being constrained by another person’s dictates.

The plaintiff alleges that the 1988 song We Run Things would have been known to co-defendants Theron and Timothy Thomas, songwriters born in the U.S. Virgin Islands who co-wrote We Can’t Stop for Cyrus. The plaintiff cites an interview with the Thomas brothers, collectively known as the music production entity R. City, which was published by Vibe in June 2015, two years after We Can’t Stop was released. In that interview, the Thomas brothers acknowledged that We Can’t Stop had a heavy Caribbean influence. The plaintiff notes that, in the interview, Timothy Thomas told the magazine that, “We pull so many different melodies from Caribbean music because we like to believe Caribbean music has some of the best melodies in music.” In this case, the plaintiff alleges that the songwriters went beyond pulling Caribbean melodies to copy both lyrics and vocal cadence/rhythm from May’s song. May also notes that producers of We Can’t Stop have already duly provided writing credits to artists Doug E. Fresh and Slick Rick for the interpolation of their song La Di Da Di with Cyrus’ song.

May’s complaint includes one claim of relief for copyright infringement. Requested relief includes an injunction against releasing copies or conducting performances of We Can’t Stop as well as damages against the named defendants, which also includes a music publishing subsidiary of Sony Corporation.