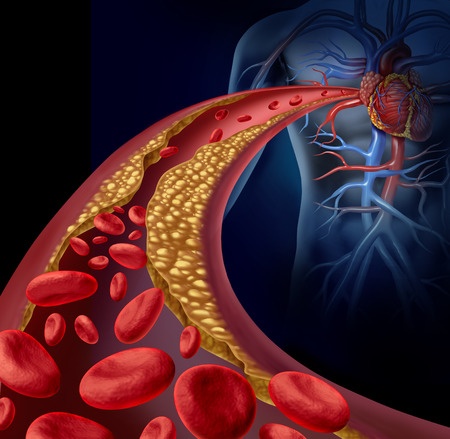 On February 28th, a group of six patent law professors filed an amicus brief with the Court of Appeals for the Federal Circuit in Cleveland Clinic v. True Health Diagnostics. The professors’ brief urges the Federal Circuit to reverse a finding by the lower court invalidating patents asserted by Cleveland Clinic covering diagnostic methods for atherosclerotic cardiovascular disease. According to the brief, the district court’s invalidation of Cleveland Clinic’s patents represents an improper application of 35 U.S.C. § 101, the basic threshold statute governing the patentability of inventions.

“Innovation in improving the assessment of a patient’s risk of developing cardiovascular disease is an invention that the patent system is designed to promote, and thus it should be eligible for patent protection,” the professors’ brief argues. Despite the U.S. Supreme Court’s recognition that the Section 101 threshold test should allow broad scope of patentable subject matter, district courts have been using statements from Supreme Court cases like Alice v. CLS Bank and Mayo v. Prometheus Labs out of their proper context and construe claim elements in highly generalized terms. “Thus, as happened in this case, a district court all too often merely asserts a conclusory finding that the claim— actually, specific elements dissected out of the claim as a whole—covers ineligible laws of nature or abstract ideas.”

In a memorandum opinion filed last August in Eastern Virginia, the district court found that these two patents from the amended complaint, as well as a third patent asserted elsewhere by Cleveland Clinic, were invalid for claiming unpatentable subject matter under Section 101. Such a finding was issued by the Eastern Virginia court after the Federal Circuit decided an earlier appeal last June where it found the three Cleveland Clinic patents to be invalid. After that Federal Circuit decision came out, defendant True Health made a motion to reconsider Cleveland Clinic’s patent infringement allegations without the need for additional factual discovery.

“Evaluating the technological context of an invention, especially when assessing whether someone has engaged in an inventive step over what was routine or ordinary in the prior art, is a factual inquiry,” the law professors’ brief argues. “Thus, the proper understanding of § 101 is that it is a legal question with underlying questions of fact that normally require proper resolution before declaring a patent claim ineligible under § 101.” Amici cite to the Supreme Court’s 2015 decision in Teva v. Sandoz to argue that SCOTUS has previously held that claim construction is a question of law with factual underpinnings. The brief also cites to a series of recent Federal Circuit cases to argue that the CAFC has also recognized the importance of factual questions underlying patentability requirements, including Akzo Nobel Coatings v. Dow Chemical and Alcon Research v. Barr Labs.

The dismissal of patent claims under Section 101 isn’t suitable for a resolution on the pleadings because of this importance of making a factual inquiry on the claims. This is a point that was recently reinforced by the Federal Circuit in its February decision in Aatrix Software v. Green Shades Software. In that case, the Federal Circuit reversed a Section 101 invalidity finding issued by the district court after finding that the lower court erred in not considering an amended complaint filed by plaintiff Aatrix which, if taken as factually true, would have established the inventive concept claimed by the patents.

The Cleveland Clinic case is just one example of a district court misapplying the patentability framework laid out by Alice and Mayo, according to the law professors. The professors note how the Supreme Court stated in both of those decisions that there are potential harms flowing from unduly restricting subject matter eligibility.

“Patent claims on diagnostic methods, including the specialized laboratory methods at issue here, present a particularly salient concern. Such claims are easy to analytically dissect and overgeneralize into individual foundational laws of nature or natural phenomenon, or restate at such a high level of generalization to be regarded as conventionally-known techniques in the art. That is not because such inventions comprise laws of nature or natural phenomena themselves, but because all diagnostic method claims seek to discover information about a subject, including those seeking to diagnose conditions in humans.”

If patents such as the ones asserted by Cleveland Clinic continue to be held invalid under the Alice/Mayo framework, the law professors argue that it will result in restricted innovation from biotech and pharmaceutical firms, especially the development of new scientific and therapeutic applications of either natural products or processes that incorporate natural phenomena. This threat to medical research is only exacerbated by the comparatively high research and development costs and long time-horizons such firms face in developing new medical treatments.