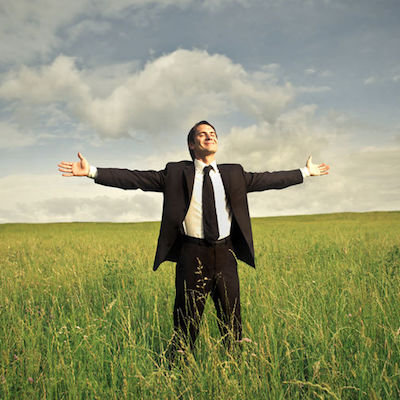 While most commentary to date has focused on the implications for litigation, two recent Federal Circuit decisions have promising implications for patent prosecutors struggling to overcome conclusory rejections that claims lack subject matter eligibility.  Since Alice and the subsequent interim guidance by the U.S. Patent Office, one aspect of subject matter eligibility determinations that has frustrated patent prosecutors has been the fact-free, conclusory analysis commonly provided.  However, three Federal Circuit’s decisions authored by Judge Moore, Berkheimer, Aatrix, and Exergen, conflict with the Patent Office’s guidance that “judicial notice” fact-finding is sufficient for subject matter eligibility rejections, and the substantial evidence standard applicable to administrative fact-finding during examination does not comport with the underlying “examiner expertise” rationale for that guidance.

The panel in Berkheimer v. HP, Inc., — F.3d —, 2018 WL 774096 (Fed. Cir. 2018) explained that the legal question of subject matter eligibility involves underlying, subsidiary fact questions precluding summary judgment:  “Like indefiniteness, enablement, or obviousness, whether a claim recites patent eligible subject matter is a question of law which may contain underlying facts.”  A week later, a subsequent panel including two of the same judges reiterated that holding in the context of a Rule 12(b)(6) judgment on the pleadings, in Aatrix Software, Inc. v. Green Shades Software, Inc., — F.3d —, 2018 WL 843288 (Fed. Cir. 2018):  “While the ultimate determination of eligibility under § 101 is a question of law, like many legal questions, there can be subsidiary fact questions which must be resolved en route to the ultimate legal determination.”  Three weeks later a third panel applied that reasoning in Exergen Corp. v. KAZ USA, Inc. — Fed.Appx.—, 2018 EL 1193529 (Fed. Cir. 2018), according deference to a trial court’s conclusion that certain “claim elements were not well-understood, routine, and conventional.”

Each of Berkheimer, Aatrix and Exergen addressed one key aspect of the subject matter eligibility analysis under Alice:  whether the additional elements recited in a claim, beyond the identified judicial exception, amount to “significantly more” than “well-understood, routine and conventional” activities and thus impart subject matter eligibility.  Aatrix held that determining whether the claim limitations, individually or in combination, furnish an inventive concept beyond a judicial exception sufficient to ensure that the claim as a whole amounts to significantly more than the judicial exception itself is a fact question:  “These allegations at a minimum raise factual disputes underlying the § 101 analysis, such as whether the claim term ‘data file’ constitutes an inventive concept, alone or in combination with other elements, sufficient to survive an Alice/Mayo analysis . . .”  Berkheimer went even further, stating that proving an activity to be “well-understood, routine and conventional” requires proof “beyond [being] simply known in the prior art”:

Both decisions found that factual disputes on that issue precluded disposition as a matter of law.

The same fact questions identified in Berkheimer and Aatrix are implicated by analysis of subject matter eligibility during examination, setting up a conflict with current Patent Office examination guidance.  In the Manual of Patent Examining Procedure update promulgated in January, subject matter eligibility is characterized as a question of law that can be decided “without resolving any factual issues.”  The MPEP tells examiners that factual support is unnecessary not only for the determination of whether a claim is “directed to” a judicial exception, but also for the “something more” analysis:  “Similarly, the courts do not require any evidence when conducting the significantly more inquiry.”  In fact, the January update tells examiners that “courts have not required evidence to support a finding that additional elements were well-understood, routine, conventional activities, but instead have treated the issue as a matter appropriate for judicial notice.”  That guidance directly conflicts with the Federal Circuit’s subsequent statement in Aatrix that “[w]hether the claim elements or the claimed combination are well-understood, routine, conventional . . . cannot be answered . . . based on . . . materials subject to judicial notice.”  The Federal Circuit explained that, in earlier decisions such as those cited by the Patent Office examination guidance, evidence was not necessary because the facts were undisputed, such as having been conceded:

As our cases demonstrate, not every § 101 determination contains genuine disputes over the underlying facts material to the § 101 inquiry. See, e.g., Content Extraction, 776 F.3d at 1349 (patent owner conceded the argued inventive concept “was a routine function of scanning technology at the time the claims were filed”); Intellectual Ventures I LLC v. Capital One Bank (USA), 792 F.3d 1363, 1370 (Fed. Cir. 2015) (patent owner argued an “interactive interface” is “a specific application of the abstract idea that provides an inventive concept” and did not dispute that the computer interface was generic). . . . Patent eligibility has in many cases been resolved on motions to dismiss or summary judgment. Nothing in this decision should be viewed as casting doubt on the propriety of those cases. When there is no genuine issue of material fact regarding whether the claim element or claimed combination is well-understood, routine, conventional to a skilled artisan in the relevant field, this issue can be decided on summary judgment as a matter of law.

Similarly, patent applications sometimes acknowledge that concepts may be “conventional.” (or, at least, are interpreted as containing “admitted prior art.”

In addition, the MPEP’s stated rationale for evidence being unnecessary—“the examiner’s expertise” in the art—is inconsistent with precedent regarding application of the substantial evidence standard in patent examination:

Finally, the deficiencies of the cited references cannot be remedied by the Board’s general conclusions about what is “basic knowledge” or “common sense” to one of ordinary skill in the art. . . . We cannot accept these findings by the Board. This assessment of basic knowledge and common sense was not based on any evidence in the record and, therefore, lacks substantial evidence support. As an administrative tribunal, the Board clearly has expertise in the subject *1386 matter over which it exercises jurisdiction. This expertise may provide sufficient support for conclusions as to peripheral issues. With respect to core factual findings in a determination of patentability, however, the Board cannot simply reach conclusions based on its own understanding or experience—or on its assessment of what would be basic knowledge or common sense. Rather, the Board must point to some concrete evidence in the record in support of these findings. To hold otherwise would render the process of appellate review for substantial evidence on the record a meaningless exercise. . . . Accordingly, we cannot accept the Board’s unsupported assessment of the prior art.

Thus, like the “basic knowledge” and “common sense” rejected above, “the examiner’s expertise in the art” should not be insufficient to meet the substantial evidence standard for administrative fact-finding. The Administrative Procedure Act (APA), which applies during patent examination, further requires that factual determinations on which legal conclusions are based be supported by substantial evidence. Dickinson v. Zurko, 527 U.S. 150, 165 (1999); In re Gartside, 203 F.3d 1305, 1315 (Fed. Cir. 2000); see also In re Zurko, 258 F.3d 1379, 1384 (Fed. Cir. 2001) (“We review factual findings underlying this [legal] determination [of obviousness] for substantial evidence.”).

Judge Reyna dissented in Aatrix from “the majority’s broad statements on the role of factual evidence in a § 101 inquiry,” and Judge Hughes dissented in Exergen based in part on the district court having “clearly erred by finding an inventive concept based on the asserted claims’ use of well-understood, routine, and conventional . . . techniques for [a] new purpose.”  However, HP’s petition for rehearing en banc in Berkheimer, if granted, may afford the full Court an opportunity to participate in clarifying the role of factual evidence in eligibility determinations.

While arising in the context of litigation, the holdings of Berkheimer and Aatrix are in tension with Patent Office guidance on examination for subject matter eligibility.  With luck, a rational, fact-based approach to eligibility determinations may be introduced to patent prosecution, as well as patent litigation.