I Scream, You Scream, We All Scream … for Sunscreen

Enough Regulation! Our Economy Needs to Grow! How We Can Help. 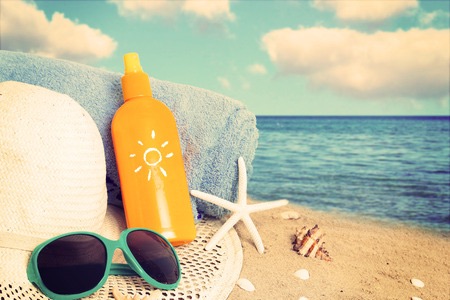 I love the sun. I was a teenager in the 1980’s when baby oil produced a gorgeous golden tan. No longer, alas! Now, it’s sunscreens and sun-block. Aloe and zinc. A shirt and a hat.

But this morning, on seeing the juxtaposition of two random emails in my inbox, I had to pause at the ongoing nuttiness of our regulatory environment. In fact, I wanted to scream.

First, I see, sunscreen is banned in most schools. Because it’s a drug. Email number one this morning. And while you catch your breath, consider the one immediately following it in my inbox.

Headline: “Is the U.S. still the driving force of the global patent market?”

This of course alludes to the ongoing erosion of patent values domestically, while an increasing number of patents are being sought in other jurisdictions, including in China.

Leave aside for a moment a judgment about the innovation economy in China. What are our priorities? Growing the US economy through a stable and fruitful environment for innovators? Or government micro-management of issues that should be handled in the home?

You can guess where I stand. Outlaw sunscreen entirely! (Yes, I’m kidding.)

The larger issue is that we witness regulatory micromanagement at every level in our economy. For every muddle-headed government rule, there’s an equally self-serving constituency—corporate or civic—that lobbies to get their way. It plays out in news media every day. A form of entertainment, I guess.

We’re not focused on the big picture. We’re mired in fights over little issues that don’t make a difference in the overall health of the country—much less our innovation economy.

The general public is probably not interested in the innovation economy. They’re certainly not interested in patents. But they should be. The damage we’re doing now, through the current instability of patent rights, will haunt us for years into the future, yet we seem powerless to do anything about it. Congress isn’t interested. The Supreme Court isn’t interested. It’s left to inventors and entrepreneurs, to start-up companies, and yes, to patent attorneys.

What can we patent attorneys do? When our institutions move so slowly? When special interests muddy the waters with their sludge? We need to return to an era of treating innovation with the respect it deserves! And use our creativity to overcome the current less than ideal innovation environment.

An idea. Educate companies and inventors on drafting better patents—but fewer of them. Use the same amount of funds to spend time thoroughly protecting the invention up front to foster positive results. Prepare for likely hurdles downstream while establishing protection in the first place. If innovation is the process through which inventions get to market, we need to focus on the entire innovation pipeline, from invention to realization, from creation to commercialization.

For the past 20 years, our system has encouraged the commoditization of patents. Responding to price pressure, our drafting process has focused on quantity rather than quality, and that has weakened patents. Instead of ten good patents, companies somehow prefer 100 worthless ones. With what result?  Garbage in, garbage out.  And trading one stack of thin patents for another’s stack of thin patents only works for behemoth technology companies. That’s not where most innovation is occurring.

As patent attorneys, we’re service providers. We prosecute. We litigate. But we also advise. It’s our job now to overcome bad policy—an anti-patent regime. The best way to do that is to help our clients stop putting garbage into the system. To educate innovative companies about the importance of being selective about what to patent and protecting the invention as thoroughly as possible up front.

The Constitution provided for issuing patents as a means for encouraging useful innovation. If we focus on quality patents at the get-go, using what we now know about the system, more powerful assets will emerge from the Patent Office. Our clients will be happier with the outcome. I’m guessing we’ll be better off, too.