Largest Ever Copyright Royalty Board Ruling Transforms How Songwriters are Paid 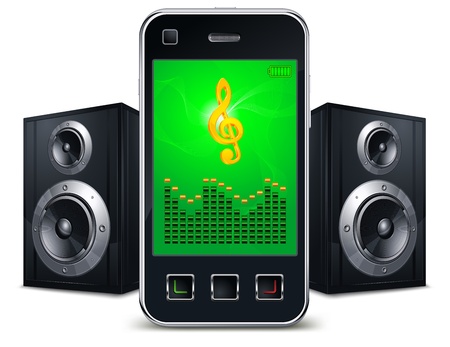 Less than 48 hours before the 60th Annual Grammy Awards in New York City, the Copyright Royalty Board (CRB) ruled to increase royalty payments to songwriters and music publishers from music streaming companies by nearly 44 percent, the biggest rate increase granted in CRB history. These rates will go into effect for interactive streaming and limited download services like Amazon, Apple, Google, and Spotify for the years 2018-2022, and will transform how songwriters are paid by these interactive streaming services.

The ruling comes after a four-month trial pitting the National Music Publishers Association (NMPA) and the Nashville Songwriters Association International (NSAI) – represented by law firm Pryor Cashman LLP –  against tech giants Google, Amazon, Apple, Spotify, and Pandora. The CRB’s decision will require streaming services to pay 15.1 percent of revenue to songwriters and publishers, up from 10.5 percent. The court also issued a ruling regarding a late fee, which will force digital music services to pay songwriters faster, or be subject to a significant penalty.

NMPA President and CEO David Israelite calls this ruling “the biggest rate increase granted in CRB history,” with Amazon, Apple, Google, Pandora and Spotify compelled to pay more for the use of music. “We are thrilled the CRB raised rates for songwriters by 43.8 percent – the biggest rate increase granted in CRB history,” Israelite told Variety. “Crucially, the decision also allows songwriters to benefit from deals done by record labels in the free market. The ratio of what labels are paid by the services versus what publishers are paid has significantly improved, resulting in the most favorable balance in the history of the industry.”

IPWatchdog recently sat down to speak with Benjamin Semel, Frank Scibilia, and Lisa Buckley, partners at Pryor Cashman who represented NMPA and NSAI in the litigation that resulted in the Copyright Royalty Board (CRB) being ruled to increase royalty payments to songwriters and music publishers from music streaming companies. They shared the significance of this ruling and how it will bring tremendous benefits to publishers and songwriters across the board.

This was a hearing pitting songwriters and music publishers against five technology companies, including three of the largest companies in the world (Apple, Amazon and Google), which sought to reduce the already low rate of royalties that they pay to songwriters for the use of their music on their streaming services.

“At trial, we had a dual focus,” Scibilia said. “First, we wanted to begin correcting the unfairly low share of royalties being paid to the songwriters who create the musical works that are the very foundation of music streaming services, and second, to protect our clients against business strategies employed by the interactive streaming services that have had the effect of reducing the reportable revenues on which our clients’ royalties have been based.  We are pleased that most Judges agreed on both counts.”

Even though the songwriters were looking for a per-stream rate, that they did not get, the digital services were fighting to reduce rates, so it is still a victory for them. Streamlined rate terms replace calculations with a simplified formula based on the “greater of” concept. This, under previous conditions, may have involved dozens of computations involving different offerings has been reduced to two variables. Originally, songwriters asked the CRB to grant the greater of 15 cents per 100 streams or $1.06 per user per month, but they did gain ground. Over the last decade, since the beginning of music streaming, writer royalties had been strictly based on a percentage of each streaming service’s revenue, putting them at the mercy of subjective corporate decision-making.

This ruling affects only the mechanical license, meaning the rolls mechanically cranked through player pianos, the first mass distribution media for recorded music, per Variety. Albums, CDs and downloads also fall under the mechanical license. However, broadcasts are considered a public performance, and garner a higher performance license rate. For instance, Rodney Jerkins illustrated the discrepancy in September at the Recording Academy’s District Advocacy Day in Los Angeles by sharing an accounting statement for “As Long As You Love Me,” a top 10 hit for Justin Bieber in 2012. By 2013, Jerkins’ stake in the song generated $146,000 in performance royalties, while streaming revenue from the same period garnered $278 for 38 million Pandora plays and $218 for 34 million YouTube streams.

According to Semel, the royalty pool will now be the greatest of three different metrics: First, an annually rising percentage of revenue; Second, an uncapped and annually rising percentage of ‘total content costs’ or ‘TCC,’ which are the amounts paid by the services to record labels for the same streaming activity; and third, fixed per-user floors that vary among the different streaming models.

“Based on extensive economic analysis and testimony, the Judges concluded that both the percentage of revenue rate and the TCC percentage allocable to musical works as compared to sound recordings should rise annually over the course of the five-year term of their determination,” he explained. “Because the TCC is based on deals negotiated in the free market between the record labels and the Services, with the TCC now being uncapped as to all service types (in the prior regulations they were uncapped for certain service types) it will provide the songwriters and publishers with some protection against the Services acting to reduce their reportable revenues and hence royalties based on a percentage of revenue.”

While we sought additional royalty dilution protections in the form of fixed per-play rates, this determination moves the songwriters and publishers closer to receiving a fair share of the explosive growth in interactive streaming revenues and meaningfully acknowledges their contributions, per Semel.

Buckley added, “We could not have achieved this result without the incredible dedication and help of all of our clients, especially David Israelite, President of the NMPA and all of the members of the NMPA team, Bart Herbison, President of NSAI, many publishing executives, who provided compelling testimony and detailed information about the financial state of the music publishing and songwriting business, economic experts and, perhaps most importantly, songwriters, Liz Rose, Steve Bogard and Lee Thomas Miller.”