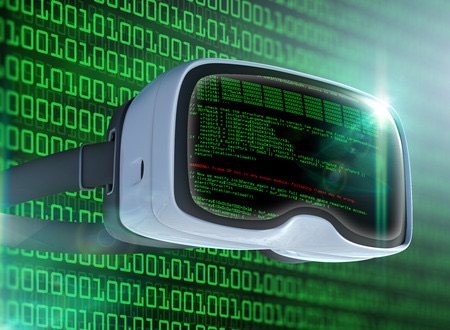 On Thursday, March 1st, Wilmington, DE-based mobile technology research and development firm InterDigital (NASDAQ:IDCC) announced that it had made a binding offer to purchase the patent licensing business of French media and entertainment firm Technicolor. InterDigital will pay $150 million in cash plus future considerations in a deal to quire the majority of the Technicolor patent portfolio, specifically including assests related to its mobile and video technologies.

The agreement between InterDigital and Technicolor will include the sale of substantially all of Technicolor’s patent portfolio, excluding certain mobile patents, a small number of patents for nascent technologies and some patents associated with patent pools. The agreement also covers Technicolor’s interest in the joint-licensing program with Sony in the fields of digital TVs and computer display monitors, as well as certain royalty-bearing contracts. A few contracts, notably those related to patent pools such as MPEG LA and HDMI, will be retained by Technicolor.

As part of this transaction, Technicolor and InterDigital will also enter into a perpetual grantback licensing agreement, which will give Technicolor freedom to operate its remaining businesses and benefit from existing and future patents.

The deal is expected to close by mid-2018 and expand InterDigital’s footprint in mobile devices. The new licensing operations also gives the American R&D firm new opportunities to access consumers with home electronics products such as set-top boxes and video streaming devices. As part of the deal, InterDigital will assume Technicolor’s role in that company’s joint licensing agreement, becoming the exclusive licensing agent for display technologies in that joint venture. In return for selling off its patent portfolio to InterDigital, Technicolor is granted a perpetual license for all of the patent assets acquired in the deal by InterDigital.

In a press release, InterDigital President and CEO William J. Merritt noted that the collaboration between his company and Technicolor was expected to produce strong results for both firms.

“Technicolor has long been a world-leading research contributor in key technology areas; there is no one like them in video technologies. For InterDigital’s mobile device customers, the combination will mean greater value, and a broader range of technologies that can form the basis for partnership, collaboration, and deeper, more productive relationships. The transaction also rapidly expands our addressable markets.”

Technicolor CEO Frederic Rose also added that the deal would help his company focus on their core operating business while InterDigital puts its focus on the licensing operations. “As a focused, R&D-backed licensing business with a strong industry reputation, InterDigital is well positioned to unlock the potential of our strong intellectual property and innovation,” Rose said.

In late February, InterDigital released its earnings report both for the fourth quarter of 2017 as well as its full year earnings. Fourth quarter revenue at the company saw a year-over-year increase in recurring revenue from $93.6 million in 2016’s fourth quarter up to $99.1 million in the recent quarter. InterDigital reported that this increase in recurring revenue, which includes current patent royalties and technology solutions revenues, was driven in large part by a patent license agreement signed with Korean tech developer LG Electronics during that quarter. However, the company has suffered a sizable year-over-year decrease in past patent royalties from $180.3 million in 2016’s fourth quarter down to $106.2 million in the most recent quarter. InterDigital remarked that the recent agreement with Technicolor is expected to drive shareholder value up in the months to come.