The Founders’ Decision to Foster NPEs and Patent Licensing

EDITORIAL NOTE: What follows is an excerpt from David Kline’s book titled “The Intangible Advantage: Understanding Intellectual Property in the New Economy,” published by Michelson IP, 2017. Published here with permission. 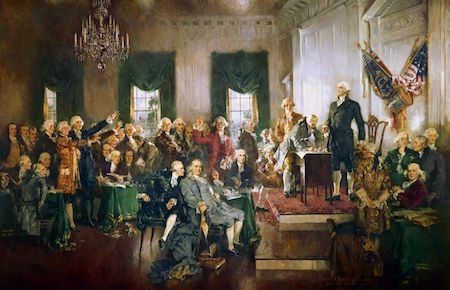 The founding fathers intentionally created a patent system affordable by the masses, and which was approachable and far less administratively complex. As imperative as that was for U.S. economic success, perhaps the two most important and distinguishing features of the U.S. patent system as compared with the British patent system relate to the fact that there was no “working requirement” and patents were viewed as assets that could be sold.

Absence of a Working Requirement

The U.S. patent system lacked of any sort of “working requirements.” In the debate over HR-41, the bill that became the first U.S. patent law in 1790, “the Senate suggested requiring patentees to make products based on the patent or license others to do so. But the House rejected this as an infringement of patentees’ rights.”[1]

Indeed, the Founders believed working requirements would only strengthen monopoly power and skew invention towards incumbent industry by limiting patents to those with the factories (or the capital to build them) needed to manufacture products from their inventions.[2]

In short, the Founding Fathers of this nation deliberately and quite consciously created what we now call “non-practicing entities” (NPEs) in order to expand the pool of inventors in our then-backward economy to include ordinary citizens without the wealth or resources to commercialize their own inventions. And it worked, leading to a dramatic surge in innovation in 19h century America as large numbers of ordinary citizens started inventing and then licensing their discoveries to enterprises for commercialization.

By 1865, the U.S. per capita patenting rate was more than triple that of Britain’s, according to the annual reports from the commissioners of patents in both countries, and by 1885 it was more than quadruple that of Britain. Each U.S. patentee was also far more prolific than his or her British counterpart, so by mid-century, the U.S. was patenting five times the number of inventions as Britain each year, even though our populations were then equal in size.

Patents as an Alienable Asset

The one feature that had the greatest impact on future U.S. economic growth was “an explicit provision for the sale of patent rights [that] both the courts and the U.S. Patent Office acted to facilitate.”[3]

Why facilitate the buying and selling of patents? Because doing so enabled ordinary worker or farmer inventors without the capital to commercialize their own discoveries to still participate in inventive activity and earn income by licensing or selling their patents to enterprises that could. This ability to license patent rights (along with the low application fees) turned inventing into a new career path for thousands of poor but technically creative citizens.[4] It also proved to be a powerful means of mobilizing capital for investment in new technologies and their commercialization into new products and services for society. 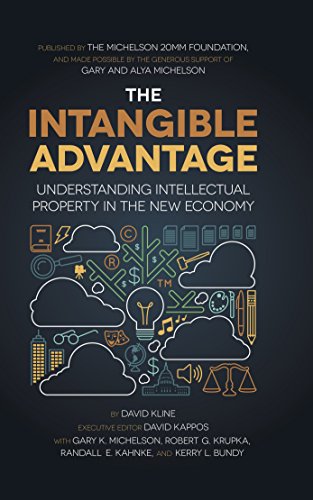 That patents could be used as tradable assets by non-practicing entities without the wealth to commercialize their own discoveries was a wholly unique feature of the American patent system. By 1880, 85 percent of all U.S. patents were licensed by their inventors, compared with 30 percent of British patents.[5]

Patent licensing, in fact, was the principal means by which new discoveries were commercialized in the decades before the early 20th century emergence of in-house corporate R&D departments. Publications such as Scientific American were founded specifically to facilitate the trade in patents, and it regularly featured lists of new and interesting patents, which commercial enterprises then licensed or purchased to use in their product development efforts.

American Bell Telephone’s new product pipeline, for example, operated like most others at the time. According to its 1894 annual report, the company’s R&D department licensed 73 patents from outside inventors, while developing only 12 from its own employees.

Thomas Blanchard was a typical inventor-licensor. He was the son of a small farmer who invented and patented a mechanical tack-maker in 1806 that could fabricate five hundred tacks per minute, each superior to tacks made by hand. He sold the rights to his machine for $5,000, quite a sum in those days. He then invented a lathe to produce uniform gun stocks, and the patent he received for it enabled him to attract investors for the production of those gun stocks for the local Boston market. Blanchard also leased his patent rights to gun producers nationwide, as well as to manufacturers of tool handles and wheel spokes. The income he generated from patent licensing enabled him to make inventing his full-time career. He went on to invent a wood-bending machine, an upriver steamboat, and a steam wagon that was used until the introduction of railroads in the U.S., and received a total of twenty-five patents during his career.

In the words of a 2013 Congressionally-mandated Government Accountability Office (GAO) report on NPEs, “History is filled with examples of successful inventors who did not develop products based on the technologies they patented.” It specifically cited the case of Elias Howe, who patented a method of making a lockstitch but did not produce sewing machines. Instead, Howe licensed his patents to the Singer Company, which then deployed Howe’s invention in its sewing machines.[6]

Patent licensing, scholars have found, was facilitated by an array of intermediaries — lawyers, venture financiers, and patent licensing agents — who “lowered the transaction costs and improved the efficiency” of the trade in and commercialization of patented technology. “By enabling, indeed encouraging, inventors to focus on what they did best [i.e., invention], this division of labor gave rise to the most technologically fertile period in American history.” [7]

The Founders’ decision to foster NPEs and patent licensing proved crucial to America’s rapid technological progress and economic growth. Indeed, patent records from the 19th century reveal that more than two-thirds of the “great inventors” of the Industrial Revolution, including Thomas Edison and Elias Howe, were NPEs who specialized in invention and licensed some or all of their patents to outside enterprises for development into new products.[8]

Had the U.S. followed the approach of older European patent systems and limited patent rights solely to inventors who made or sold products — or prevented them from licensing their patents — America might not have even had an Industrial Revolution.

In any event, the result of this division of labor between invention and production was exactly as Adam Smith predicted:

“The growth of market trade in patents raised the returns to invention and encouraged a division of labor whereby technologically-creative individuals increasingly specialized in their comparative advantage — invention,” noted Lamoreaux and Sokoloff. “It was the expanded opportunities to trade in patented technologies that enabled the independent inventors of this golden age to flourish — and that stimulated the growth of inventive activity generally.”

David Kline David Kline was a Pulitzer-Prize-nominated journalist, author, and communications strategist who had consulted for many of the most important IP-focused firms in the world. His journalism appeared in the New [...see more]