A resounding en garde was declared by California craft beer brand Stone to MillerCoors, the second largest beer company in the United States, over the alleged taking of their brand recognition. On February 12, 2018 Stone Brewing filed a federal complaint alleging trademark infringement, false designation of origin, trademark dilution, and California unfair competition. The complaint requests preliminary and permanent injunction, declaratory relief, and both actual and treble damages on the basis of willful trademark infringement by MillerCoors.

At issue is the recent rebranding of and marketing campaign surrounding the longtime MillerCoors-owned beer brand Keystone. In its new campaign, the term “key” has been deemphasized and “stone” brought to prominence; in essence, what was once “Keystone” is now portrayed as “keySTONE” or simply “STONE”.

Simultaneously with their complaint requesting a jury trial, Stone initiated an implicit request for a hearing in the court of public opinion. Co-founder and executive chairman Greg Koch released a calculated 4-minute condemnation on YouTube, which at the time of this writing has gathered more than 130,000 views in the 7 days since being published. A MillerCoors spokesman has dubbed Stone’s moves as “a clever publicity stunt with a multi-camera, tightly-scripted video featuring Stone’s founder Greg Koch.” 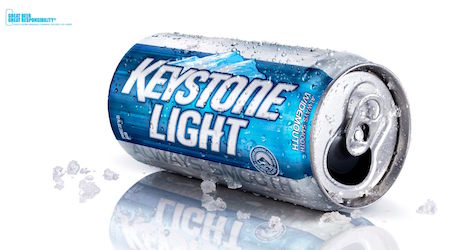 At its core, the complaint alleges obfuscation of the term STONE in the world of beer and the consequent loss of Stone’s brand identity. At first glance the facts are presented in a compelling way. Keystone beers have always been advertised with the terms “KEYSTONE” or “KEYSTONE LIGHT” unambiguously appearing on its beer products and product packaging. STONE branded beers entered the market after the KEYSTONE brand and, despite this, have grown to prominence within the “craft” brew sub-category of beers. Sales of KEYSTONE beers declined while sales of STONE grew, and then a rebranding of the former focused on STONE-formative text and images: cans visually emphasizing the word STONE while separating and minimizing the term KEY; promotional slogans such as “Let it ‘Stone”, “‘Stone sweet ‘Stone”, and “A STONE SO SMOOTH, IT NEVER CUTS CORNERS”.  Following this path, there seems to be some connection between the two. But do the factual allegations, if proven, justify a preliminary injunction or treble damages as requested?

The preliminary injunction question is pressing, as the outcome of this question is often predictive of the ultimate outcome in the dispute. The 9th Circuit considers these 4 factors: 1) probability of success (on likelihood of confusion), 2) likelihood of irreparable harm, 3) balance of equities, and 4) public interest in an injunction.

A particularly interesting factor in this case is likelihood of irreparable harm. MillerCoors may find room for defensive maneuvers due to recent shifts in the standard for proving irreparable harm.

In 2013 the 9th Circuit held that the Supreme Court’s patent decision in eBay v. MercExchange applied in relevant part to trademark cases. The result was that it established a rule holding that the mere presumption of irreparable harm would be insufficient justification for the extraordinary remedy of preliminary injunction. The 9th Circuit required in Herb Reed v. Florida Entertainment that plaintiffs must produce actual evidence of “loss of control over business reputation and damage to goodwill” which could constitute irreparable harm. In that 9th Circuit opinion, the district court’s conclusions were found to be cursory and conclusory since it was not grounded in “any evidence or showing” offered by the plaintiff there, but merely on a presumption of “irreparable harm” without analysis of whether it would be “likely in the absence of an injunction” or whether other legal remedies were adequate.

The Herb Reed opinion was a departure from the reasoning adhered to by many circuits: that there is a presumption of “irreparable harm” once probability of success on likelihood of confusion was established. This is based in part on the notion that ongoing damage to a plaintiff’s reputation outside of its control is difficult to compensate monetarily. The tension between the “traditional” and Herb Reed analyses has even found itself the subject of a May 2017 board resolution from the International Trademark Association, where the association stated its favor for an amendment to the Lanham Act which applies a rebuttable presumption of irreparable harm upon “a finding of probable success on the merits of the claim.”

MillerCoors may benefit from this relatively unlitigated standard for irreparable harm – if it can put forth a creative argument. So far the Herb Reed decision regarding irreparable harm has only been discussed in some depth in an opinion awarding preliminary injunction. In Brooklyn Brewery v. Black Ops Brewing, 156 F.Supp.3d 1173 (E.D. Cal. 2016), a New York beer brewer plaintiff contended a “long-anticipated launch of its entire beer portfolio, including its popular ‘Black Ops’ beer” in California would be irreparably harmed by the California brewery defendant’s “preemptive flooding of the California market with its imposter brand”. Citing Herb Reed, the court there found irreparable harm after reviewing evidence of the defendant’s use of the marks “Black Ops Brewing,” “Black Ops,” and “blackopsbrewery.com”, reasoning that that use “will cause Plaintiff to lose its ability to control its brand reputation and goodwill, since what could be perceived by consumers as the quality of Plaintiff’s product risks no longer being within Plaintiff’s control.” The court likened this to the creation of “potential damage to Plaintiff’s reputation” and that “[p]otential damage to reputation constitutes irreparable injury for the purpose of granting Plaintiff’s request for a preliminary injunction”.

In the current case, based solely on the factual allegations in Stone Brewing’s complaint and cursory Googling by the author of this article, MillerCoors would need to argue the facts at hand allow for Stone Brewing to make a somewhat accurate assessment of compensatory damages. For example, it can be argued that unlike the situation in Brooklyn Brewery, STONE actually has historical sales figures against which any alleged impact of the new “keySTONE” branding on Stone Brewery could be measured, such as through an inverse relationship between an increase of “keySTONE” marketing and a decrease in sales of STONE beer. In this way, the argument would go, those damages would be financially measurable and thus the extraordinary remedy of a preliminary injunction should be denied.

Likelihood of confusion and treble damages

One only needs to see the packaging of and rebranded “keySTONE” beers to see that the likelihood of confusion is great in this case. 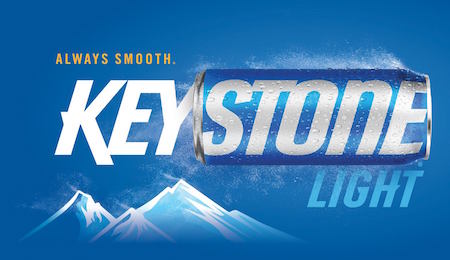 The “stone” in the “keySTONE” branding is so prominent to the point that consumers will only see the term “STONE” when looking at the product from many visual angles. Coupled with presumably more of the evidence of actual confusion which Stone Brewing cites in its complaint (consumer inquiries about its “STONE LITE” product, a non-existent Stone Brewing product), MillerCoors has a steep uphill battle on the likelihood of confusion front.

What should be of bigger concern to MillerCoors is the possibility of treble damages, which are rarely awarded, in cases of willful infringement. Stone Brewing will need to wait on discovery to decide how to proceed regarding damages, but they will be looking for evidence of MillerCoors’ intention to deceive consumers or to benefit from the goodwill of the registered STONE mark. Courts have found that “objectively reckless” conduct may satisfy the willfulness requirement, as well as adoption of a confusingly similar mark with knowledge of the plaintiff’s mark. Regarding trademark searches, courts have found that a defendant’s failure to conduct a trademark search, alone, was insufficient for a finding of willfulness but that failure to heed the advice of counsel to conduct a search may show willful infringement.

Although time and the discovery process will reveal more facts to Stone Brewing, MillerCoors may want to assess the risk of exposure to treble damages if in fact a smoking gun is waiting to be found. The starting point for assessing willful infringement may be discovery requests as to MillerCoors’ internal decisions leading up to the rebranding campaign: the existence of any trademark searches, the dialogue surrounding those searches, the knowledge and/or dismissal of MillerCoors’ prior abandonment of its refused trademark application for STONE, and the knowledge and/or dismissal of MillerCoors’ knowledge of Stone Brewery’s STONE mark as a potential trademark issue. It is difficult to imagine a scenario where a litigant with the resources of MillerCoors did not conduct a trademark search, or conducted a search and was advised to move forward with the rebranding despite the existence of Stone Brewing’s registered trademark. MillerCoors will not be able to deny knowledge of the registered STONE mark as it was cited as a prior mark in a 2007 USPTO Office Action refusing registration of MillerCoors’ “STONES” trademark.

Cliff Kuehn has been a trademark attorney in San Francisco since 2010, focusing on trademark prosecution and litigation at the Trademark Trial and Appeal Board at the US Patent and Trademark Office. [...see more]