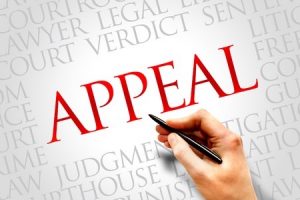 On Wednesday, February 14th, Boston, MA-based intellectual property monetization firm Blackbird Technologies filed a notice of appeal in a patent infringement case filed against San Francisco, CA-based content delivery firm Cloudflare. Blackbird is appealing to the Court of Appeals for the Federal Circuit after the Northern District of California invalidated the patent asserted by Blackbird against Cloudflare on Section 101 grounds.

Blackbird’s appeal to the Federal Circuit follows an order issued by the Northern California district court on February 12th granting Cloudflare’s motions for a judgment on the pleadings and to dismiss the case. “Abstract ideas are not patentable,” reads the court order penned by U.S. District Judge Vince Chhabria. The district court found that the patent asserted by Blackbird included limitations that recite generic computer, network and Internet components. Further, the court found that claims identifying a specific condition to be monitored by a processing device narrowed the scope of the claims but was not an inventive step. The district court’s order did not apply the two-step patentability test outlined by the Supreme Court in Alice Corp. v. CLS Bank International but the court’s decision does cite to recent Federal Circuit decisions to support its reasoning, including decisions in BASCOM Global Internet v. AT&T Mobility LLC and Intellectual Ventures I LLC v. Erie Indemnity Company.

“We do not think that the asserted patent covers an abstract idea,” said Wendy Verlander, president and CEO of Blackbird. “It’s a very concrete technology that is directed at improving how the Internet functions.” As we’ve reported before, Blackbird’s U.S. Patent No. 6453335, titled Providing an Internet Third Party Data Channel, claims a method for providing an Internet third party data channel being established within an existing data channel between an Internet server and an Internet client, the method involving the modification of data communication in response to third-party data to send a resultant data communication to an intended recipient. Before this patented technology, an intermediate networking device handled internet communications by simply forwarding them. This patent describes using an intermediate networking device to monitor internet communications and to modify the communications if certain parameters are detected. According to the patent, the technological improvement of modifying data between a server and client did not exist in the prior art. As the patent’s description indicates, the inclusion of third-party data is often desirable to provide value-added services or enhanced security and information features.

Cloudflare’s alleged infringement of the ‘335 patent is outlined in Blackbird’s initial complaint for patent infringement filed in district court in March 2017. Cloudflare’s content delivery network (CDN) includes multiple data centers operating in the United States. Systems at these data centers monitor data communications between origin servers and user systems and when Cloudflare processing devices detect an error code, those devices access a cache to retrieve a branded error page “instead of merely passing the error code onto the user system,” according to Blackbird’s allegations.

“At a high level, the district court’s invalidation of the patent didn’t follow the same methodology that the Federal Circuit has been using,” Verlander said. In patent cases, the Federal Circuit has often applied the Alice two-step framework. In step one, the court looks at whether the claims at issue are directed towards a patent-ineligible concept, such as a law of nature or an abstract idea. In step two, the court looks at any element or combination of elements in the claims at issue which constitute an inventive concept.

“All of this only confirms the position we’ve taken from the beginning with regard to the way that Blackbird and other patent trolls operate. Blackbird acquired an absurdly broad patent from an inventor that had apparently never attempted to turn that patent into a business that made products, hired people, or paid taxes. And Blackbird used that patent to harass at least three companies that are in the business of making products and contributing to the economy.”

Finally, as if to serve as the cherry on top of its self-serving rhetoric, Kramer’s blog post concludes with a GIF of the famous American boy band NSYNC from the single Bye Bye Bye. Because, as we all know in the age of social media, there’s nothing that helps make the demonization of an opposing side feel more comfortable than a humorous meme.

Interestingly, Kramer’s LinkedIn profile notes that Kramer served in various advisory roles at the White House during the administration of former President Barack Obama just as the patent reform lobby was achieving some of its greatest political successes of the past decade. Kramer served as associate counsel and special assistant to the President between September 2010 and March 2012, after which time he served as the staff secretary and deputy assistant to the President until November 2013. This period of time covers the passage of the America Invents Act (AIA) of 2011 and executive orders issued by Obama in June 2013 which increased restrictions on how patent owners could file infringement proceedings. Mr. Kramer might have a different job now but he seems to be afflicted with the same patent troll rhetoric which has proved disastrous to the U.S. patent system in recent years.

“One thing that I find curious is that Cloudflare claims to have 150 patent assets on the same type of technology,” Verlander said. Such assets include U.S. Patent No. 9342620, titled Loading of Web Resources, and U.S. Patent No. 9369437, entitled Internet-Based Proxy Method to Modify Internet Responses. “It seems to me that Cloudflare should be quite concerned. If the technology covered by the ‘335 patent isn’t patent-eligible, all of Cloudflare’s patent assets may be worthless and I imagine that their investors must be worried about that. They may have won the battle but they could lose the war because if they’re correct, competitors could jump right into the market and copy Cloudflare’s technology.”