Is there a Light at the End of the Alice Tunnel?

The Federal Circuit explains in Berkheimer and Aatrix that the Federal Rules of Civil Procedure apply to patent eligibility. 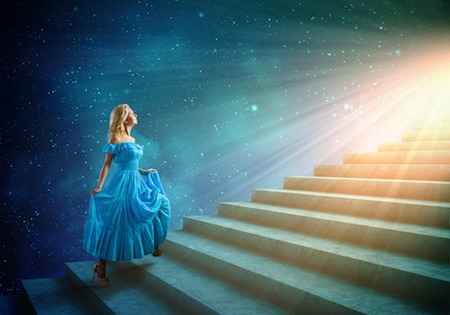 Maybe I’m being too optimistic. But in a pair of decisions issued within a week of each other, Berkheimer v. HP and Aatrix Software v. Green Shades, the Federal Circuit just vacated two patent ineligibility determinations.1

More surprising is how the Court accomplish this feat. The Court demonstrated that the Federal Rules of Civil Procedure do apply to patent eligibility, after all! This comes as more than a relief. It’s vitally important. To wit:

And if you think these declarations are too good to be true, take a look at the decisions, both drafted by Judge Moore. Both are in the software field.

The patented invention in Berkheimer relates to “digitally processing and archiving files in a digital asset management system.” Slip op. 2. After claim construction, the district court granted summary judgment of ineligibility for some claims and indefiniteness for others.

In conducting its Alice analysis, the Court held that the claims failed the first step in the two-step test because transformation from source code to object code alone does not demonstrate non-abstractness without additional evidence that the transformation itself improves computer functionality, which the Court held was not present. Slip op. 11. The Court noted that the claims here are similar to claims held abstract in prior cases and cited the usual string of cases.

Fairly run of the mill Alice analysis, but wait, it gets better. Under the second Alice step, the Court held that whether a claim element is well-understood, routine, and conventional is a question of fact, reviewed for substantial evidence! Sigh! I’ve been waiting for the Federal Circuit to hold this since Alice. The Court then reminds us of its precedent that “[t]he § 101 inquiry ‘may contain underlying factual issues.’” It’s nice to now know for sure where they are.

The Court continued that “not every § 101 determination contains genuine disputes over the underlying facts.” Slip op. 13. And the Court reinforced its prior precedent by stating that “[n]othing in this decision should be viewed as casting doubt on the propriety of” prior cases. Id.

The stage now set, the Court held that the district court erred in granting summary judgment of ineligibility with respect to some of Berkheimer’s claims. According to the Court, the specification explains that the claimed improvements increase efficiency and computer functionality over the prior art systems. And the “specification describes an inventive feature that stores parsed data in a purportedly unconventional manner.” For the claims that require those allegedly inventive features, summary judgment of ineligibility was vacated.

Wow, I couldn’t believe it. And then, just yesterday, it happened again!

In Aatrix Software v. Green Shades, the Court vacated a Rule 12 dismissal for lack of patent eligibility. The two patents at issue in Aatrix are directed to designing, creating, and importing data into a viewable form on a computer so the user can manipulate it. Slip op. 2. In typical fashion, after Aatrix sued Green Shades, Green Shade moved to dismiss on the pleadings as not patent-eligible, and the district court granted the motion.

In analyzing the dismissal, the Court noted that Rule 12 dismissal is only applicable “when there are no [non-movant] factual allegations taken as true.” If there are claim construction disputes, the Court continues, the district court must adopt the “non-moving party’s constructions” or resolve the dispute to the extent needed to conduct the § 101 analysis. Based on these premises, district court erred when it denied leave to amend without claim construction and in the face of factual allegations which were spelled out in the proposed second amended complaint.” Slip op 6. The Court remanded to allow Aatrix to file its second amended complaint.

I am thrilled to see this recognition by the Court, though my initial frisson of excitement is dulled by history: I feel compelled to go back through the Court’s prior myriad affirmances of pleadings dismissals where it has ignored the very same factual allegations and requests for claim construction. Two of my clients are in that sordid history. And other patentees come to mind.

Hopefully, however, this is the beginning of a recognition of the underlying facts and the procedure required for proper Rule 12 dismissal, and not just a blip in the Alice carnage.

One cautionary note: Judge Reyna concurred-in-part and dissented-in-part in Aatrix. The crux of his position is that § 101 is a legal question and that the majority opinion “attempts to shoehorn a significant factual component into the Alice § 101 analysis.” While I disagree with Judge Reyna’s position, I do agree with him that Aatrix, and Bernheimer depart from the Court’s post-Alice precedent.

It’s a worthwhile departure. I’m happy to see it.