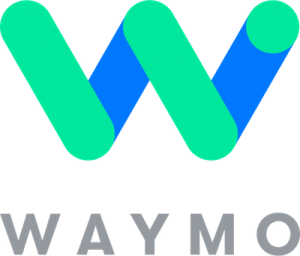 One of the biggest trade secret trials ever unexpectedly settled after just four days of an anticipated two-week trial. The case before Judge Alsup in San Francisco federal court involved allegations that Uber, the worldwide ride sharing company, conspired with Anthony Levandowski to steal trade secrets from Waymo, Google’s self-driving car company owned by Alphabet. Levandowski worked on Google’s autonomous car team until January 2016 at which point he left to start his own company, Otto, which was then acquired by Uber in late July 2016.  During the four days of trial, Waymo presented evidence that Levandowski downloaded 14,000 files of Google data just before he left the company.

Although the amount of the settlement was far less than $2.7 billion in amount sought by Waymo, the settlement apparently did include a payment from Uber of 0.34% of Uber equity—or about $244.8 million in stock based on a $72 billion valuation of Uber. According to a statement from Uber CEO Dara Khosrowshahi, the acquisition of Otto by Uber “made good business sense” at the time, “[b]ut the prospect that a couple of Waymo employees may inappropriately solicited others to join Otto, and that they may have potentially left with Google files in the possession, in retrospect raised some hard questions.” The statement then went on: “To be clear, while we do not believe that any trade secrets made their way from Waymo to Uber, nor do we believe that Uber has used any of Waymo’s proprietary information in its self-driving technology, we are taking steps with Waymo to ensure our Lidar and software represents just our good work.”

Both sides had a lot riding on the outcome of the trial. In addition to the billions in damages, Waymo was seeking an injunction to prevent Uber from using any technology that may have originated from Waymo, which would have been a huge set back for Uber’s program. Indeed, during his first day of being questioned, the former CEO of Uber, Travis Kalanick, agreed that developing autonomous vehicles amounts to an “existential question” for Uber, and that the market for driverless cars is likely to be “winner-take-all.”

By the time the case went to trial, the number of alleged Waymo trade secrets had been whittled down to eight, most relating to Lidar, an abbreviation for “light detection and ranging” devices that measure distances using lasers. This technology is critical in the operation of autonomous vehicles.  One of the other alleged trade secrets relates to “negative know-how,” a term describing what doesn’t work, which can be almost as valuable as a trade secret relating to what does work, since it allows a company to appropriate money to potentially more fruitful projects.

Although it is difficult to fully understand the parties’ motivation in settling a case in the middle of a trial, it seems likely that given the monetary value of the settlement, which value was far less than sought by Waymo, that Waymo must have determined that there were serious issues with its case and that it was likely to be awarded less than the full amount sought. On the other hand, Uber must have also determined that the risks in proceeding with the trial outweighed having to settle for the amount it did. In short, where both sides apparently did not achieve what they sought and, perhaps, were unhappy with the result then common legal thought is that it is a fair and reasonable settlement.

Regardless of the outcome, there are a number of lessons for companies relating to the protection and theft of trade secrets, especially when it learns that a valuable employee is leaving the company either to start their own company or for a competitor. In the Waymo matter, even though that the 14,000 files downloaded by Levandowski apparently did not contain Google’s trade secrets, it is unclear whether Waymo did everything it could in response. Indeed, my own study has shown that most of the prosecutions under the EEA involve “insiders” and that many of those cases involve a departing employee who downloads or copies critical information shortly before he or she leaves the company. See An Analysis of Economic Act Prosecutions: What Companies Can Learn From It and What the Government Should Be Doing About It!, BNA’s Patent Trademark & Copyright Journal (Sept. 12, 2012). This means that once an employee gives notice, regardless of how well-regarded and trusted the now former employee may be, the company should assume the worst and immediately take steps to prevent the employee from having further access to the computer system. Further, if the departing employee had access to critical information during his employment, a review should begin immediately to determine if the person downloaded or copied a large amount of information shortly before leaving. Finally, companies should require that the departing employee attest that they have not downloaded information, have no such information in their possession and do not intend to use such information in their new employment.

On the flip side, the hiring company should take steps to ensure that their own materials don’t become infected with stolen trade secrets should the new employee bring any with him or her, and to defend against allegations that the company was involved in the thefts. For example, the company should include requiring the new employee to attest that they have not taken any information with them from their former employer, and do not intend to use any trade secrets from their former employer in their new job. This is a critical and can greatly strengthen the position of the new company if accused for theft of trade secrets based on the actions of the new employee, i.e.,the company had nothing to do with the theft, and indeed took steps to prevent it. Uber apparently was going to rely on this defense claiming its only crime was in hiring Levandowski.

If it is determined that the departing employee, in fact, has likely left with valuable trade secrets, theDefendant Trade Secrets Act of 2016 (“DTSA”), which amends the Economic Espionage Act of 1996 now provides for civil remedies in federal courts for the misappropriation of trade secrets. While the DTSA is largely very similar or identical to then existing provisions under each state’s version of the Uniform Trade Secrets Act (“UTSA”), the DTSA also provides for the seizure of property from the party accused of misappropriation under extraordinary circumstances, whereas, the UTSA does not.  “The ex parte seizure provision is an important remedy because it enable[s] a trade secret owner to proactively contain a theft before it progresses and the trade secret is lost. According to the legislative history, the “ex parte seizure provision is expected to be used in instances in which a defendant is seeking to flee the country or planning to disclose the trade secret to a third party immediately or is otherwise not amenable to the enforcement of the court’s orders.”

In addition, the DTSA amends § 1961 to expressly add theft of trade secrets to the list of prerequisite offenses under the Racketeer Influenced and Corrupt Organizations Act (“RICO”).  To establish a civil RICO claim, the plaintiff must have been injured by “racketeering activities,” that, in turn requires that the conduct, among other requirements, constitute a violation of certain  enumerated acts, now including theft of trade secrets—the “predicate acts”—set forth in Section 1961(a) of the statute. This greatly enhances the penalties available for stealing trade secrets.

Finally, victims of trade secret theft should consider referring the matter to the Department of Justice for possible investigation and prosecution under the EEA and related federal criminal statutes. There are a number of advantages to the victim should the government decide to pursue the matter including a very important one highlighted by Waymo v. Uber. There, instead of Waymo making the referral, Judge Alsup referred the matter to the United States Attorney’s Office for the Northern District of California for possible criminal investigation and prosecution after reviewing some of the evidence early on in the case. This meant that at trial, Anthony Levandowski was expected to assert his Fifth Amendment right against self-incrimination when questioned and, unlike criminal cases, jurors in civil cases can draw an adverse inference about the facts he refuses to discuss.  Although Judge Alsup warned that the case should not be about “whether or not Uber is an evil corporation,” the jury would likely have held Levandowski’s failure to testify and his downloading of Waymo’s files against Uber, regardless of how often Judge Alsup attempted to clarify the issue.

Although Google settled for less than ten percent of the $2.7 billion it was seeking in damages, the case does provide a good case study of the risks that companies face when a high-level employee departs to start his or her own company or for a competitor. Moreover, the litigation and surrounding publicity should serve as a warning about how companies—especially in Silicon Valley—do business.  If companies have not already done so, they need to rethink their management of trade secrets and hiring practices to make sure that they do not become ensnared in major trade secret litigation with literally billions of dollars at stake. Companies are more likely than ever to resort to litigation when an important engineer or high-level employee leaves for a competitor.  The enactment of the Defend Trade Secrets Act in May 2016 makes it far easier for victims to sue in federal court for theft of trade secrets.