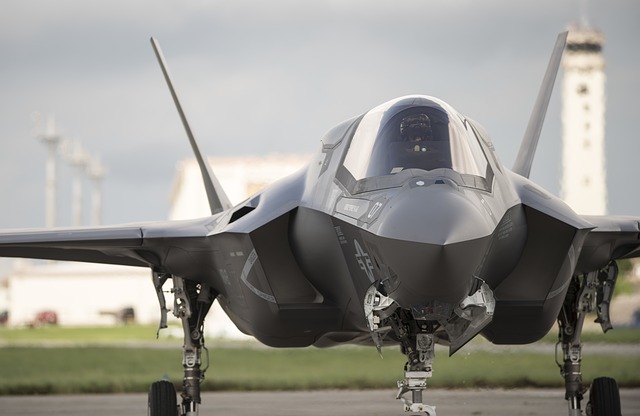 In recent years, the Court of Appeals for the Federal Circuit has not shown itself to be an appellate venue which has been friendly to U.S. patent owners. However, a recent decision of the Federal Circuit issued on Tuesday, February 6th, marks the latest victory for an American subsidiary of the French electrical design company Thales Group, the second time that the appellate court has upheld the validity of challenged claims from a patent which has been asserted against the United States government.

The recent Federal Circuit decision in Elbit Systems of America, LLC v. Thales Visionix, Inc. affirmed a final written decision issued by the Patent Trial and Appeal Board (PTAB), which upheld some claims in an inter partes review (IPR) proceeding challenging the validity of Thales’ U.S. Patent No. 6474159, titled Motion Tracking and issued in November 2002. The patent claims a system for tracking the motion of an object relative to a moving reference frame using a first inertial sensor mounted on the tracked object, a second inertial sensor mounted on the moving reference frame and an element that receives signals from both inertial sensors to determine an orientation of the object relative to the moving reference frame. The resulting invention enables the use of inertial head-tracking systems for platforms including flight simulators and other vehicular applications.

Thales Visionix first asserted the ‘159 patent in a case against the United States government filed in the U.S. Court of Federal Claims alleging infringement created by the head-mounted display system developed for the F-35 Joint Strike Fighter. The system, provided by defense contractor and third-party defendant Elbit Systems, includes a head-mounted display for pilots which allow them to see the airspace directly surrounding the craft as well as sensors used to label objects in the pilot’s field of view with distance, bearing and other data. The Court of Federal Claims granted Elbit’s motion for judgement on the pleadings, invalidating all asserted claims of the ‘159 patent as unpatentable under 35 U.S.C. § 101, the basic patentability statute in U.S. patent law.

On appeal, the Federal Circuit issued a decision in March 2017 which reversed the findings of the federal claims court and remanded the case for further proceeding. The Federal Circuit panel of Circuit Judges Kimberly Moore, Evan Wallach and Kara Stoll analyzed the invalidity findings through the framework of the two-step patentability test set out by the U.S. Supreme Court in Alice Corp. v. CLS Bank International. Finding that the patent claims at issue in the ‘159 patent were nearly indistinguishable from those at issue in Diamond v. Diehr for the purpose of evaluating patent eligibility, the Federal Circuit panel decided that the ‘159 patent claims provide a method that eliminates complications inherent in determining the position and orientation of an object on a moving platform. Because the claims in the ‘159 patent were not directed towards an abstract idea, they satisfied the Alice patentability test at step one.

Nearly two years before the Federal Circuit decided that first appeal on the ‘159 patent’s validity, Elbit filed a petition for IPR proceedings at the PTAB to challenge the validity of the ‘159 patent on 35 U.S.C. § 103 grounds for obviousness. Among the prior art asserted by Elbit as a basis for the validity trial included U.S. Patent No. 4722601 (“McFarlane”), titled Apparatus for Determining the Direction of a Line of Sight. Issued in February 1988, which claimed an apparatus for determining the direction of a line of sight relative to a predetermined frame of reference, the apparatus including a helmet containing a display device and a helmet-mounted detector providing outputs indicative of movements for the helmet relative to the frame of reference. The PTAB instituted the IPR trial in October 2015 and in a final written decision issued in October 2016, issued a mixed claim finding which invalidated 13 claims of the ‘159 patent, including claim 1. The final written decision, however, indicated that petitioner Elbit did not prove the invalidity of 11 other challenged claims of the ‘159 patent by a preponderance of the evidence.

On appeal, Elbit contends that the method of integrating the “relative angular rate signal” taught by claim 3 of the ‘159 patent, which the PTAB upheld, would have been obvious to a person having ordinary skill in the art (PHOSITA) in light of McFarlane. The Federal Circuit panel of Moore, Wallach and Stoll, the same panel upholding the ‘159 patent in the March 2017 decision, noted that Elbit’s appeal appeared “to contest the PTAB’s lack of explicit construction of ‘relative angular rate signal’ in Elbit’s favor” despite the fact that neither party challenged the PTAB’s lack of construction during the IPR proceedings, thus waiving its argument.

The Federal Circuit panel also found that substantial evidence supported the PTAB’s conclusion of nonobviousness. “It is undisputed that the method of calculating the ‘relative angular rate signal’ taught in the ’159 patent ‘is not explicitly disclosed’ in the prior art because the prior art and the Asserted Claims employ different steps to calculate the orientation or position of a moving object relative to a moving reference frame,” the Federal Circuit’s opinion reads. Whereas the McFarlane prior art taught a three-step method including two orientation calculations which are then resolved to determine relative orientation, the ‘159 patent taught a two-step method of determining a relative angular rate signal which is then used to calculate relative orientation. An expert witness for Thales had testified that this two-step method reduced both the number of calculations required to determine relative orientation and the propagation of errors which occur when using inertial sensors to track motion.

Counterarguments which were provided by Elbit on appeal were unpersuasive to the Federal Circuit panel. The contention made by Elbit’s expert that the three-step and two-step methods are mathematically equivalent was determined by the PTAB to be unsupported by the testimony given by the expert. Elbit’s argument that the asserted claims merely reorder the steps found in the prior art was undermined by the benefits of the two-step method explained by Thales expert witness. Further, although Elbit contended that the PTAB applied the incorrect legal standard because it failed to credit the knowledge of a PHOSITA, the Federal Circuit found that Elbit improperly attempted to create legal error by selectively quoting from a portion of the PTAB’s findings on the analysis of Elbit’s expert, stating that “we will not find legal error based on an isolated statement stripped from its context.”