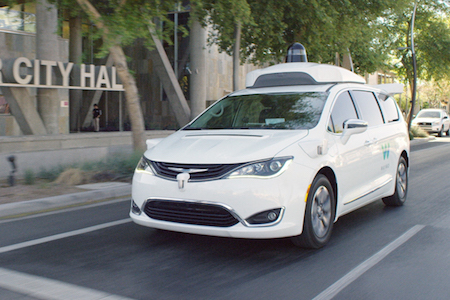 Earlier today Alphabet subsidiary Waymo settled with Uber in the midst of a trade secret infringement trial. This lawsuit originated when Waymo brought suit against Uber in 2017, alleging that a former Waymo engineer Anthony Levandowski, who was hired by Uber to lead Uber’s self-driving car project, took with him thousands of confidential documents.

Uber will reportedly pay $245 million in shares to Waymo in order to settle the case, a settlement that took place prior to the start of the fifth day of testimony.

In an article published in October 2017, trade secret expert James Pooley, explained the factual basis for the ongoing legal battle between Waymo and Uber. Pooley wrote:

When Waymo, the Google self-driving car company, filed its lawsuit against Uber earlier this year, the story was remarkable enough. Anthony Levandowski, the head of Waymo’s research team for several years, had left to start Otto, supposedly to make autonomous long-haul trucks. Six months later Uber had purchased the new company (for $680 million) and hired Levandowski ($250 million in Uber stock) to lead its own team. Thanks to an errant email, Waymo suspected Uber had accessed its secrets, and ultimately discovered that just before leaving Levandowski had downloaded over 14,000 confidential files.

The U.S. Department of Justice is conducting a separate, criminal investigation into the alleged theft of trade secrets. Levandowski has claimed a Fifth Amendment privilege and has not spoken about the events leading to this dispute.

“While we do not believe that any trade secrets made their way from Waymo to Uber, nor do we believe that Uber has used any of Waymo’s proprietary information in its self-driving technology, we are taking steps with Waymo to ensure our Lidar and software represents just our good work,” Uber CEO Dara Khosrowshahi said in a statement.

According to Pooley, at an injunction hearing Uber had made an impressing showing that none of the secret Waymo files had found their way to Uber. So why settle then? Conversations Levandowski might have had with the Uber team, or suggestions he may have made based on knowledge learned at Waymo, could have provided an independent basis for trade secret misappropriation even if no documents were actually brought to Uber from Waymo. “Trade secret misappropriation applies to information carried in one’s head, just as if it were on paper or in an electronic file,” Pooley explained.

Despite whatever the relative merits of the case may have been, it is not everyday that one sees a settlement in the middle of a trial, particularly a high profile trial such as the battle between Waymo and Uber.

”While it’s certainly not unheard of to settle a case midway through trial, it’s not the typical scenario,” said J. Michael Keyes, a partner at the international law firm Dorsey & Whitney. “Usually, by the time both sides get to trial, all of the relevant stakeholders are aware of the risks and believe that their respective ‘world views’ will prevail before the jury. It’s hard to know what altered that calculus, and we may never know,” Keyes said.

“Uber’s CEO acknowledged that they should have handled their acquisition of OttoMotto—the company founded by the former Google driverless technology engineer— ‘differently.’ That’s probably the understatement of 2018,” Keyes explained. “I think what Uber is saying is that it should have done much more vetting of OttoMotto and its IP to ensure compliance with the law of trade secrets,” Keyes adds.

“Tech heavyweights and non-heavyweights alike need to be vigilant about making sure that employees that are hired and companies that are acquired are not tainted with potential claims of misappropriation, Keyes explained. “Extreme vetting of employees to make sure they did not take files and other information from the prior employer is a must. Careful due diligence during the acquisition process of a company is also paramount. The IP of that company needs to be traced back to its origins to ensure it is free of claims by third parties.”

In his October 2017 article, Pooley concluded by offering this cautionary note: “[T]his case is instructive for any business considering hiring an executive from a competitor: be aware that the cost of this recruitment might include the legal fees, disruption and liability risk of a trade secret claim. Manage accordingly.”