Federal Circuit says Claims for Summarizing Information are Not Abstract 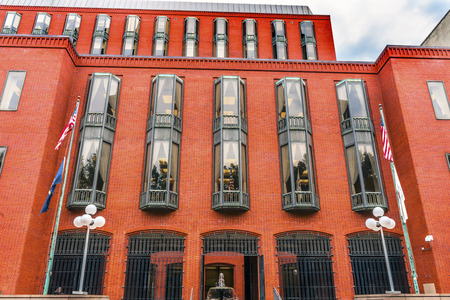 The Federal Circuit affirmed the district court’s denial of LG‘s motion for summary judgment that various claims of Core’s patents were directed to patent ineligible subject matter under Section 101. The Court also affirmed the district court’s denial of LG’s motions for judgment as a matter of law that the claims were anticipated and not infringed.

Core’s patents related to display interfaces for electronic devices with small screens, which allow a user to access data more quickly. LG characterized the claimed invention as “displaying an application summary window while the application is in an unlaunched state.” LG moved for summary judgment that the claims are “abstract” and invalid under Section 101. The district court denied the motion. The claims are not abstract, because the “application,” “summary window,” and “unlaunched state” are applied to specific devices, like cell phones. At trial, the jury found all of Core’s claims infringed and not invalid. LG moved for judgment as a matter of law on both issues, which the district court denied.

On appeal, the Federal Circuit affirmed the district court’s denial of summary judgment based on invalidity. Under Alice Corp. Pty. v. CLS Bank Int’l, 134 S. Ct. 2347, 2354 (2014), if the claims at issue are directed to a “patent ineligible concept,” then the court will “examine the elements of the claim to determine whether it contains an ‘inventive concept’ sufficient to ‘transform’ the claimed abstract idea into a patent-eligible application.” If the claims are directed to a patent-eligible concept, they satisfy Section 101. Here, the Court looked to whether the claims were directed to a specific improvement in the capabilities of computing devices, or, instead, “a process that qualifie[d] as an ‘abstract idea’ for which computers are invoked merely as a tool.” Enfish, LLC v. Microsoft Corp., 822 F.3d 1327, 1336 (Fed. Cir. 2016).

The prior art taught a display for mobile phones that “provide[d] an arrangement for dynamically varying how space on a small display is allocated ….” LG moved for judgment by arguing that the reference taught every element of the claims at issue and that Core failed to rebut LG’s prima facie case of anticipation. The Federal Circuit disagreed, noting that Core’s cross-examination of LG’s expert give the jury reasons why the expert might be incorrect. The jury was not required to give full credit to LG’s expert, nor did the evidence favor LG so strongly that judgment as a matter of law was warranted.

Regarding infringement, the district court construed “unlaunched state” to mean “not displayed” by the interface. Under this claim construction, the jury found that LG infringed the patent. On appeal, LG argued that the correct construction should be “not running,” but the Federal Circuit affirmed the claim construction and found substantial evidence to support the jury’s verdict.

Judge Wallach filed an opinion concurring-in-part and dissenting-in-part. He agreed with the majority that the district court did not err in determining the claims at issue were patent eligible. However, he agreed with LG that “unlaunched state” means “not running” instead of “not displayed.” He would have remanded for a review of infringement based on this claim construction.