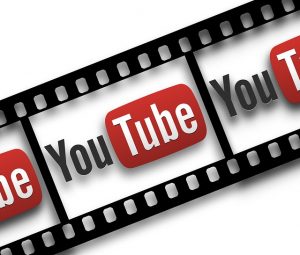 On Tuesday, January 23rd, in a very brief non-precedential opinion, the Court of Appeals for the Federal Circuit issued a ruling in Google LLC v. Network-1 Technologies, Inc., which affirmed a finding by the Patent Trial and Appeal Board (PTAB) that a patent covering a method of identifying media linked over the Internet was valid. The Federal Circuit (in an opinion authored by Judge Chen and joined by Judges Lourie and Taranto) disagreed with Google that the PTAB erred in its claim construction during the validity trial, leaving in place a patent that has been asserted by Network-1 against Google’s major online media platform YouTube.

The patent at issue is U.S. Patent No. 8904464, titled Method for Tagging an Electronic Media Work to Perform an Action and issued to Network-1 in December 2012. It claims a method of receiving a first electronic media work by a computer system including at least one computer, correlating the first work to an electronic media work identifier using a non-exhaustive near neighbor search, storing correlation information associating the first work with the work identifier, accessing associated information related to an action to be performed in association with the first work corresponding to the work identifier, generating a tag associated with the first work, providing a first work and associated tag to a user electronic device, obtaining a request related to the associated tag from the user device, generating machine-readable instructions based on the associated information, and providing the instructions to the user device to perform the requested action. The resulting invention supports the creation of links in Internet media meant to enhance e-commerce or audience engagement without having to modify the work to include an identification code, which may increase the hardware demands for end-users to access such content.

The ‘464 patent was first asserted by Network-1 against Google and YouTube in a patent infringement complaint filed December 2014 in the Southern District of New York. Network-1 alleged in its complaint that the Content ID system utilized by YouTube infringed upon claims of the ‘464 patent. The Content ID database system allegedly contained more than 25 million reference files used to correlate electronic media works, such as video content, with associated tags to be uploaded to a user’s device. Network-1 noted in its complaint that Google’s Internet sites rank as the top online video content property on the Internet and that this top ranking is primarily driven by YouTube, which receives 1 billion unique monthly visitors watching more than 6 billion hours of video each month. Revenues from YouTube have been significant and the online video site allegedly paid out more than $1 billion to rights holders and partners thanks in large part to revenues generated by the Content ID service.

In January 2015, Google filed an answer to Network-1’s complaint in the district court where it asserted that the ‘464 patent was invalid on multiple statutory grounds of Title 35 U.S.C. In April of that year, Google petitioned the PTAB for a covered business method (CBM) review of the ‘464 patent. In its petition, Google challenged the validity of all claims of the ‘464 patent under 35 U.S.C. § 101 for basic patentability, 35 U.S.C. § 103 for obviousness and 35 U.S.C. § 112 for indefiniteness. Google’s obviousness argument relied on a series of five pieces of prior art submitted to the PTAB. This included an international patent application filed in 1998 (“Ferris”) which covered a remote control device for consumer broadcast receivers which contained a display for showing advertisements to users. Google also submitted U.S. Patent No. 4381522, titled Selective Viewing (“Lambert”), as prior art; this patent claims an apparatus for remotely viewing selected television programming material at remote receiving locations in such a way that better enables commercial advertising or the presentation of useful information for recorded television programs.

In October 2015, the PTAB decided to institute the CBM review petitioned by Google to determine the validity of the challenged claims from the ‘464 patent on the Section 103 obviousness grounds raised by Google. In the decision to institute the CBM review, the panel of administrative patent judges (APJs) determined the broadest reasonable construction for the term “near neighbor,” adopting the construction offered by petitioner Google, finding that the term “near neighbor” was the only one requiring an explicit construction at the time of the institution decision.

The PTAB entered a final written decision in the CBM review on the ‘464 patent on October 18th, 2016, which found that Google did not prove that any of the claims of the ‘464 patent were unpatentable for Section 103 obviousness. In its analysis, the APJ panel discussed the construction of the term “machine-readable instructions,” finding that the specific construction of this term would simplify the panel’s consideration of the grounds proffered in the petition. Patent owner Network-1 argued that the “machine-readable instructions,” which are sent to a user device to “perform an action in response to the request,” is code to be executed by a processor. Petitioner Google responded that “no such evidence exists” which precludes the term “machine-readable instructions” from covering text messages to be read by a human user. The PTAB found that the “machine-readable” preface indicated that the instructions must be readable by a machine, not necessarily readable by a human. Further, the mere communication of instructions to a human user via text fail to satisfy the specific claim element “to perform the action.”

Despite the non-precedential nature of the decision issued by the Federal Circuit, this does represent a rare case in which the fortunes of Google have not been propped up by patent invalidity findings at either the Federal Circuit or the PTAB. Last October, the Federal Circuit affirmed a lower court’s finding of invalidity of a patent covering methods of displaying geographic information to a user; the patent owner was seeking $100 million for infringement committed by the Google Earth satellite map service. In recent years, Google has also benefited from the PTAB’s invalidation of patents covering targeted advertising methods, helping to protect billions of dollars in ad revenue which has been by far Google’s most valuable business activity. Google tends to fare better than most petitioners at the PTAB as 25 percent of its petitions have resulted in final written decisions of all claims unpatentable, compared to 16 percent of all PTAB petitions reaching the same conclusion.