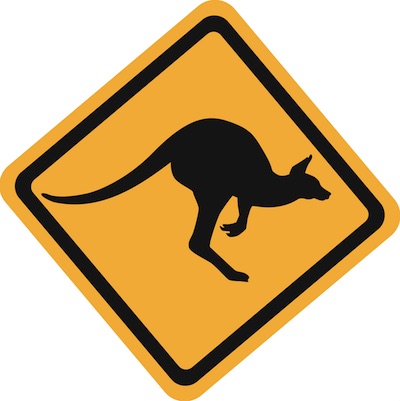 Two recent PTAB cases painfully illustrate how this quasi-court is running amok and how litigants on every side impacted by its dubious behavior are responding in novel and unusual ways to its arbitrary conduct. There’s nothing unusual about parties being upset by their treatment in court, but the PTAB is asserting a status for itself that’s raising a few eyebrows.

A first example: Allergan and the St. Regis Mohawk tribe cite a variety of financial and political conflicts that they believe kept the Congressionally-created PTAB from delivering impartial justice. And they complained about it. Not only did the PTAB deny any consideration of the complaint, they threatened sanctions against the Tribe’s counsel if they don’t first seek permission to file any further papers. Let that sink in for a moment and then move on to…

Example Two: Dr. Thomas Sawyer, a consultant and former Chairman of patent-owner Voip-Pal.com, very publicly wrote to numerous politicians and PTO leadership that the company’s treatment in IPRs (Apple as petitioner) was so bad that it might, in his view, even rise to the level of a civil RICO violation. A new panel was assigned, which ruled for Voip-Pal.com. After losing, Apple filed for sanctions, requesting that judgment be entered against Voip-Pal.com for alleged ex parte communications which Apple openly admits it knew about. (That acrid odor you smell is sour grapes.)

I’m not commenting on the merits of these complaints by either side in these IPR’s or condoning anyone’s conduct. But what’s abundantly clear – and disastrous for both the patent system and the public – is that the PTAB’s Kafkaesque rules for complaining about anything outside of what an expert stated in a submitted declaration, including allegations of judicial misconduct, is undermining the public’s already marginal confidence in the entire IPR process. Even Franz Kafka himself would be bewildered by a process which requires one to seek permission to complain – from the very body about whom a litigant is complaining.  These rules are so self-serving that the Mohawks considered themselves forced into a form of civil disobedience, knowing full well that the PTAB would hardly be willing to entertain accusations of their conflicted position.  Similarly, Dr. Sawyer saw a system so hostile to any complaints that he wrote his elected representatives – and the PTAB allowed the filing of a motion for sanctions as a result.

In an Article III court, where patent issues belong, any litigant may file a motion complaining of unjust treatment as a matter of right.  The PTAB, in contrast, straightjackets parties, requiring them to ask permission first. It’s almost like the AIA drafters forgot about the people’s right to petition the Government for a redress of grievances. Would it make IPRs take longer? Sometimes. Be more expensive? Certainly could. But “expediency” and “economy” simply don’t trump the First Amendment.

The big loser in these cases is of course the public. The self-serving and opaque way that these cases have been handled deprives the public of insight into how its government functions. Federal Courts have in recent months stopped various administrative agencies (IRS, EPA, CPFB, etc.) from pursuing policies well outside their Legislative mandate. The PTAB’s self-protecting discretion to disallow any complaints about itself is the very hallmark of abuse of power. It’s clearly time for a new PTO Director or the Federal judiciary to rein in the PTAB before it becomes nothing more than a kangaroo court.