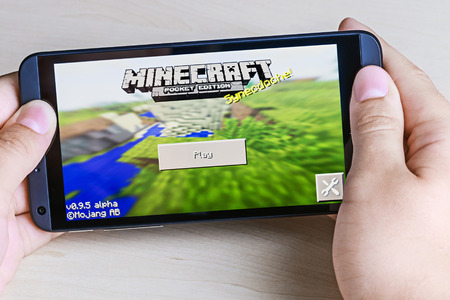 Every three years the U.S. Copyright Office analyzes whether to revise and/or renew the Digital Millennium Copyright Act (DMCA) anti-circumvention provision. The latest triennial rulemaking review under the DMCA relating to anti-circumvention provisions began on June 30, 2017, when the Copyright Office published a Notice of Inquiry requesting petitions to renew existing exemptions, and as well as petitions for new exemptions.

In a Notice of Proposed Rulemaking (NPRM) published in the Federal Register on October 26, 2017, the Copyright Office indicated that it would be recommending the each of the existing exemptions be readopted. The Copyright Office also began the public comment period for several newly-proposed exemptions.

One of the proposals published in the October 26, 2017 NPRM related to the preservation of video games. In part the proposal read:

The proposed class would expand upon the current exemption (codified at 37 CFR 201.40(b)(8)) permitting circumvention ‘‘by an eligible library, archives, or museum,’’ of TPMs protecting video games, for which outside server support has been discontinued. Specifically, The Museum of Art and Digital Entertainment (‘‘MADE’’) proposes expanding the existing exemption ‘‘to further include multiplayer online games, video games with online multiplayer features, and massively multiplayer online games (MMOs), whether stored physically or in downloadable formats, and [to] add preservationists affiliated with archival institutions as users.’’

Recently, a non-profit organization called The Museum of Art and Digital Entertainment (The MADE), submitted comments on the proposal to amend the DMCA to preserve abandoned video games. Abandoned video games are those that have been discontinued by the video game publisher after the game’s lifespan has ended. The DMCA already has video game preservation exemptions but the exemptions do not apply to video games requiring an online server.

The MADE’s proposal includes a request to allow an exemption for museums, libraries, and archives for abandoned online games. The MADE advocates for the preservation of online video games stating that online video games have significantly increased in popularity. Currently, when online video games are discontinued, the games vanish after the online server is taken down.

The MADE says the organization is concerned that these games will vanish and not be available for future historians to consider, a real problem given the cultural significance of video games. The MADE explained:

For future historians, video games like Minecraft and Second Life will say as much about 21st century America as Dicken’s Oliver Twist does about 19th-century Britain. That is, if these games actually survive into the future. Unfortunately, video game preservation lags far behind other media and is impaired by technological challenges and legal limitations. The Copyright Office has recognized this problem, and took steps to support video game preservation in the previous rulemaking. Unfortunately, online video games were not covered. So, despite their ever-growing cultural importance, online video games continue to turn into digital dust5 when their copyright owners cease to provide access to an external server necessary for the game to function—i.e., when these games are “abandoned.”

To avoid this outcome, we ask the Register of Copyrights to recommend a modest expansion of the video game exemption adopted during the last rulemaking (the “Current Exemption”) to allow for the preservation of abandoned video games that depend on external servers to func- tion (“online games” or “online video games”).

If approved, the proposed exemption would allow museums, libraries, and archives to operate servers for discontinued online video games.

Heather Smith-Carra is an attorney with Banner Witcoff located in their Washington DC Office. She focuses her practice on the preparation and the prosecution of trademark and copyright matters. She previously worked [...see more]