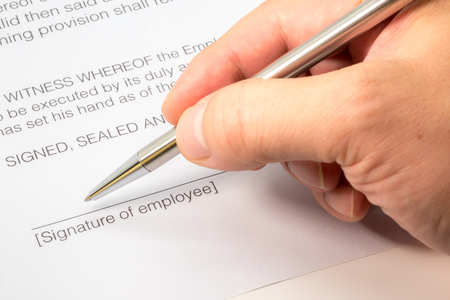 On Thursday, January 11th, the U.S. Court of Appeals for the Federal Circuit issued a precedential ruling in Advanced Video Technologies LLC v. HTC Corporation et. al. in a patent infringement case appealed by Advanced Video from the Southern District of New York. In its decision, the Federal Circuit upheld a lower court’s ruling that Advanced Video did not have standing to sue for patent infringement after it was determined that the co-owner of the patent did not assign ownership to the patent under the terms of an employment agreement.

The patent-in-suit is U.S. Patent No. 5781788, titled Full Duplex Single Clip Video Codec, but as the opinion penned by Circuit Judge Jimmie Reyna noted, the technology covered by that patent is not what was at issue in the case. There are three co-inventors listed on the ‘788 patent. Two of those inventors had assigned their co-ownership interests in the ‘788 patent to Advanced Video but the company failed to prove throughout the case that the third co-inventor ever transferred her ownership interest.

Advanced Video first filed suit against HTC and other defendants in September 2011 to assert the ‘788 patent. However, the Southern District of New York granted the defendants’ motion to dismiss the case in April 2015 on the grounds that Advanced Video had no interest in the ‘788 patent after it found that one co-inventor, Vivian Hsiun, had not actually assigned her interest in the ‘788 patent to any company and the rights were not ultimately acquired by Advanced Video. Hsiun had signed an employment agreement in January 1992 with a now-defunct firm known as Infochips, the agreement stating that Hsiun “will assign” all rights, title and interests in any invention developed while she was employed by Infochips. That company went out of business in 1993 and its assets were seized by another company, Lease Management Services, before being sold to Benny Woo, another co-inventor on the ‘788 patent, in March 1995 before Woo assigned those assets to AVC Technology; Woo was principal of this company.

The USPTO would eventually assign the ‘788 patent to AVC in July 1998 and then AVC agreed to be purchased by Epogy Communications in July 2000 in a transaction involving the purchase of at least 90 percent of AVC’s stock leading up to a short-form merger. Despite the fact that AVC was dissolved, there was no evidence that the statutory short-form merger had occurred. The district court found that the purchase of AVC stock by Epogy was not enough evidence to prove that Epogy had obtained any rights to the ‘788 patent. Advanced Video had argued that Epogy’s execution of two documents after the AVC stock purchase represented the transfer of patent rights between AVC and Epogy. “Clearly, Epogy’s officers… believed that they had transferred patent rights from one entity to the other,” the district court ruled. “But believing does not make it so.”

The recent Federal Circuit opinion on Advanced Video’s appeal included three different opinions. The majority opinion penned by Judge Reyna concluded that because Hsiun never assigned her interests in the patent while she was an employee with Infochips, and because she neither was a party to the Advanced Video suits or provided her consent, Advanced Video has no standing to maintain its suit. Circuit Judge Kathleen O’Malley penned a concurring opinion which also affirmed the lower court’s ruling, albeit on a different rationale. Although the precedent of the appellate court does compel the Federal Circuit to affirm the lower court’s ruling, O’Malley argued that it was incorrect to presume that a co-inventor or co-owner could never be involuntarily joined in an infringement action under Rule 19 of the Federal Rules of Civil Procedure. “The question we must address is whether a co-owner’s mere recalcitrance can prevent enforcement of another co-owner’s rights,” O’Malley writes. Under Rule 19, joinder of parties to a suit may be required if the absence of a party prevents the court from according complete relief among existing parties or if a person claiming an interest relating to the action is situated such that disposing a matter in that person’s absence impedes the ability to protect their interest. Current precedent at the Federal Circuit allows one co-owner of a patent the ability prevent other owners from obtaining judicial relief in the face of the Patent Act’s promise that a “patentee shall have remedy by civil action for infringement of his patent.” Further, the language of U.S. patent law contemplates situations where patent co-owners can exercise their patent rights independently, such as is seen in 35 U.S.C. § 262, which states that each owner of a patent each of the joint owners of a patent may make, use or sell the patented invention without the consent of other co-owners.

The dissent by Circuit Judge Pauline Newman, however, argued that Hsiun never had co-ownership of the ‘788 patent under the terms of her employment agreement with Infochips. “In view of the Employment Agreement, a separate assignment document is not necessary to confirm that the employee has no ownership of the ’788 Patent. Nor has the employee asserted any such ownership,” Newman writes. Although Hsiun never signed an assignment declaration, she also never objected to the USPTO procedures leading up to the grant of the ‘788 patent. Newman’s dissent focused mainly on the terms of Hsiun’s employment agreement which Newman found to “demonstrate, over and over, the intent and understanding that Ms. Hsiun’s inventions made as an employee are the property of the employer.” Newman also felt that Federal Circuit precedent laid out in that court’s 1991 decision in Arachnid, Inc. v. Merit Industries, Inc., another case in which an employment agreement’s “will be assigned” language was found to not be directed at the actual assignment of patent rights, contravened the employment agreement with Hsiun because the gaps in the employment agreement at issue in Arachnid were filled by the language of Hsiun’s agreement.