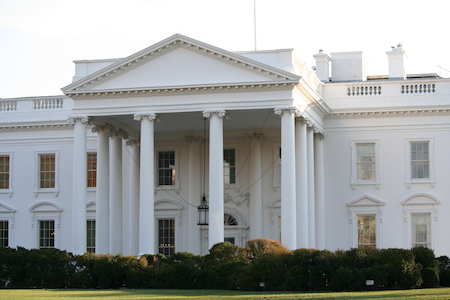 Last summer, President Trump launched an investigation into Chinese trade practices that are responsible for expropriating the intellectual property of U.S. firms.  The investigation is premised upon Section 301 of the Trade Act of 1974, a statute that gives the President authority to take all appropriate action, including retaliatory action, to get another country to end a policy or practice which violates international trade agreements or burdens U.S. commerce. This 301 investigation is nearly complete and action on its findings are expected soon.

Yesterday, sixteen conservative leaders wrote the White House applauding this initiative, based on the property rights implications of IP expropriation. These conservative leaders note that China is hardly the only country that steals American IP, and such IP theft imposes significant costs to our economy, impairs American competitiveness and compromises our innovative future.

The letter sent to President Trump is reproduced below.

As conservative organizations that believe in the private property rights inherent in intellectual property and who support fair and free trade, we applaud you for initiating steps meaningfully to address China’s longstanding disregard for the rules China has pledged to keep but repeatedly, deliberately has broken. We commend you for making intellectual property rights one of your U.S. Trade Representative’s highest trade enforcement priorities. For too long, this communist, nonmarket nation, as well as other trade competitor nations, has skirted the rules meant to ensure fairness, competitiveness, and due process to American and other nations’ companies. The time has come for accountability for misconduct toward American firms, because the cost of not doing so comes in lost U.S. technological leadership, lost U.S. jobs, diminished U.S. economic growth, lopsided trade imbalance, and U.S. national security vulnerabilities.

We fully support the U.S. Trade Representative’s investigation into China’s systematically forcing American companies to transfer sensitive, proprietary technology to Chinese interests and other means of taking U.S. firms’ IP and depriving their property and due process rights. This is appropriate action using Section 301 of the 1974 Trade Act, which provides for such action when a foreign country “denies fair and equitable opportunities for the establishment of an enterprise, provision of adequate and effective protection of intellectual property rights notwithstanding the fact that the foreign country may be in compliance with the specific obligations of the Agreement on Trade-Related Aspects of Intellectual Property Rights,” or a foreign competitor denies “nondiscriminatory market access opportunities for United States persons that rely upon intellectual property protection” (emphasis added). As the USTR’s Special 301 report this spring said, “China is home to widespread infringing activity, including trade secret theft, rampant online piracy and counterfeiting, and high levels of physical pirated and counterfeit exports to markets around the globe.” Further, the report stated, “China imposes requirements that U.S. firms develop their IP in China or transfer their IP to Chinese entities as a condition to accessing the Chinese market. China also requires that mandatory adverse terms be applied to foreign IP licensors, and requires that U.S. firms localize research and development activities” (emphasis added).

Commendably, the recent USTR trade enforcement report stated that “USTR is committed to calling out foreign countries and exposing the laws, practices, and other measures that fail to provide adequate and effective intellectual property (IP) protection and enforcement,” rightly noting that this is a “critical component of the administration’s aggressive efforts to defend Americans from harmful IP- related trade barriers.” Though China is a leading foreign IP thief, it is by no means alone. Many foreign governments systematically disadvantage American IP-centric firms and advantage their own domestic champions. Further, the former U.S. administration exacerbated the problem in that it did not value intellectual property or the attendant rights, domestically or abroad. We therefore encourage renewal of our nation’s commitment to intellectual property rights and continued strong action to protect U.S. firms’ IP from such abuse by others, as well.

The 301 investigation represents a good first step toward asserting rules-based accountability and recommitting to an American IP-based competition policy. However, trade enforcement is only one pillar of an American economic competitiveness plan. Other pillars include due process, a free-enterprise market, rule of law, respect for national sovereignty, enforceable private property rights, and regulatory restraint. We must model this domestically, recommitting as a nation to these fundamental principles. Moreover, U.S. agencies must faithfully stand up for these principles and for U.S. companies facing harassment, anticompetitive constraints, and other overseas encroachments upon these principles. Consistent advocacy reinforced by appropriate strong action by our own authorities against foreign abusers would send a clear signal to all our trade competitors. Our businesses must be able to count on the U.S. government’s insisting that rules-based agreements be backed by rules-based conduct. This would reclaim the moral high ground and help restore our foundation.

Mr. President, we stand ready to back you in this effort. We thank you for leading America to defend itself, its private companies, their private property rights including intellectual property, our nation’s sovereignty, due process, and a rules-based approach to dealing with other nations. International trade must be a two-way street, based on the principles discussed above. You are moving appropriately to advance these principles.