The two combine decades of experience in ITC matters, including five years together in the ITC’s Office of Unfair Import Investigations. 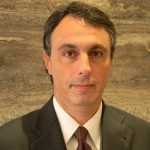 Ben Levi is a trial lawyer and registered patent attorney who has been litigating complex patent disputes in the U.S. International Trade Commission (ITC) and in federal District Courts for over 20 years.  Prior to forming Levi & Snotherly, Levi served since March 2011 as partner in the nationally-recognized patent litigation firm of McKool Smith. There he focused on complex patent disputes before the ITC and federal district courts. From 2006- 2011, Ben was a senior investigative attorney with the ITC’s Office of Unfair Import Investigations. He also served as a patent examiner with the U.S. Patent & Trademark Office (PTO) from 1989-1993, where he received the Distinguished Graduate award from the PTO’s Patent Academy. 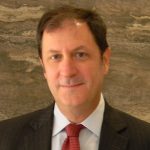 Rett Snotherly has spent his entire legal career working on high stakes litigation. He spent over 5 years at Samsung where, as Director & Senior Counsel, he oversaw the company’s patent litigation before the ITC and federal district courts. He prevailed before the ALJ and Commission in every one of his cases that proceeded to a decision. Prior, he spent eleven years (2001-2012) as a Senior Investigative Attorney at the ITC’s Office of Unfair Import Investigations where he was lead counsel in 36 investigations, including first-chairing 13 trials. He is one of a few ITC attorneys who has litigated every variety of 337 proceeding to trial (including enforcement, advisory opinion, TRO, and bond forfeiture). Levi & Snotherly serves clients nationally from its offices in Washington, DC.

Levi & Snotherly, PLLC  provides expert guidance and sophisticated representation in all aspects of Section 337 that draw on over 40 years of combined law firm, government, and in-house experience. Before forming Levi & Snotherly, Ben Levi specialized in ITC litigation as a Partner at a large national law firm, and Rett Snotherly guided ITC litigation strategy as Senior Counsel & Director in-house at Samsung Electronics. Before that, both Ben and Rett were Senior Investigative Attorneys with the ITC’s Office of Unfair Import Investigations where they were responsible for litigating and trying dozens of investigations brought under Section 337.  They specialize in all aspects of ITC proceedings under Section 337, and handle enforcement of remedies, including working with U.S. Customs & Border Protection to ensure correct and effective enforcement of exclusion orders. We also handle appeals of ITC decisions to the U.S. Court of Appeals for the Federal Circuit.