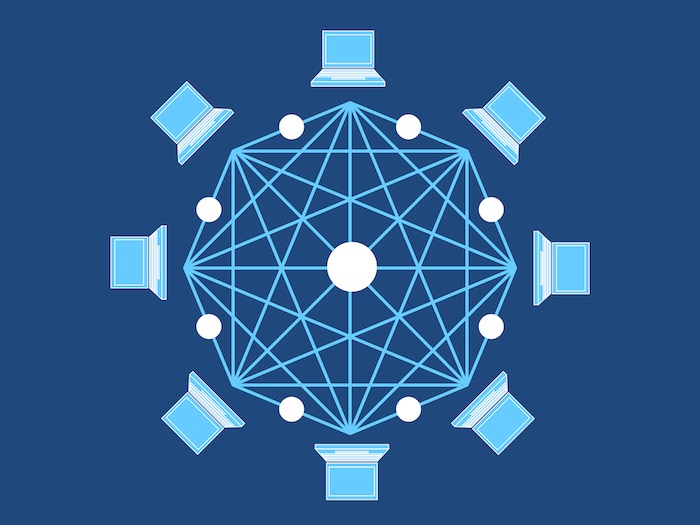 In mid-October, the U.S. Patent and Trademark Office published U.S. Patent Application 20170302663, titled Blockchain Based IoT Device Identity Verification and Anomaly Detection and assigned to San Jose, CA-based networking firm Cisco Systems (NASDAQ:CSCO). It discloses a method of receiving a network registration request from a particular node that includes information about that node, validating that node’s information via a comparison to a distributed blockchain, causing an update to the blockchain based on the node’s information and using the updated blockchain to control the behavior of the particular node and one or more other nodes. The resulting invention improves the authentication of devices operating on an Internet of Things (IoT) platform, which may have different authentication or registration while also detecting anomalies in device sensors. As exciting as this may seem, this IoT blockchain innovation merely scratches the surface of distributed ledger technologies. 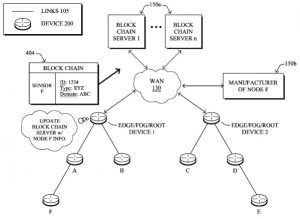 About a month prior to the USPTO’s publication of the ‘663 patent application, Cisco announced that it was joining a consortium known as the Trusted IoT Alliance featuring a collection of 17 companies working towards a protocol for blockchain-based IoT platforms. The Alliance will fund open source development of blockchain protocol to support IoT technologies across various industries for improved machine-to-machine communications leading towards an open, trusted IoT ecosystem where objects are given transferable identities and metadata for better interoperability across blockchain networks.

Distributed ledger technologies and the cryptocurrencies using those platforms, especially bitcoin, had a banner year in 2017. Through the end of November, the price of bitcoin rose by 900 percent since the beginning of 2017 to surpass a $10,000 price point. By early 2018, bitcoin was fluctuating around $15,000. In 2010, the initial price of bitcoin was set at one cent, so it has certainly been a bull market since that time.

However, cryptocurrencies are but one application for blockchain as is highlighted by the recent Cisco activities in IoT blockchain development. Although the distributed nature of blockchain makes it a great fit with IoT platforms, where many devices have to interact with each other in secure ways, it’s just one of many sectors which could be greatly impacted by further blockchain development according to Raina Haque, founder of Erdos Intellectual Property Law + Startup Legal. “There are so many use cases of blockchain technology applications out there.  Some of the initiatives are quite profound, like the blockchain startups out there which use distributed computing power to help solve protein folding problems,” Haque said. “As examples, Folding Coin and Curecoin are using blockchain-backed gamification to incentivize people to allocate distributed computing resources to solve problems.” Cisco’s particular innovation in machine-to-machine communications could be applied to instances where an IoT network could sense aberrations in the temperature of a smart car’s engine for the issue to be corrected, Haque noted.

The rapid rise of the price of bitcoin has had many business commentators warning about the strong likelihood of a crash in bitcoin’s value. Haque noted that many people active in the blockchain tech space were concerned about the crypto bubble and the chance that any crash could harm consumer confidence in the underlying blockchain technology. Such confidence can also be harmed by news of cryptocurrency hacks, such as the potential loss of $63 million from NiceHash after a major hacking event in early December. “Hopefully, blockchain networks will be tamper-proof, but to be precise and accurate, blockchain networks are at best tamper-evident,” Haque said, noting that robust consensus mechanisms of a true blockchain’s decentralized ledger should make it much more difficult for malicious activity to be validated and unnoticed.

U.S. federal funding of blockchain research will be on the increase in 2018 after President Donald Trump signed a $700 billion military spending bill in early December which includes provisions for funding research into offensive and defensive cyber applications of blockchain. “Something interesting about blockchain is that it’s one area in which we see those who are politically liberal, conservative or libertarian come together,” Haque said. “Everyone sees the benefit of more transparent and efficient systems.” Although not a federal project, the Delaware Blockchain Initiative is a state-level government program which former Delaware Governor Jack Markell announced in May 2016 to develop blockchain for smart contracts that could increase government efficiency, such as the autonomous updating of smart contracts held by the state. “The idea that securities like issuances can perhaps be tracked on blockchain tech, that’s a big government use case that the corporate world is excited about,” Haque said. During 2013, 83 percent of all initial public offerings (IPOs) chose to incorporate in Delaware thanks to the state’s corporate law system and blockchain tech could ensure a more accurate stock ledger for shareholders, for example. Haque noted that, aside from securities, a wide range of government activities related to medical records keeping, energy networks or any type of record keeping, including criminal or land registries, could benefit from the development of blockchain.

The decentralized nature of blockchain seems to make it a difficult target for central authorities to regulate, but Haque contemplated a few areas where the government may attempt to have some influence on crypto exchanges to ensure that the platforms are not being used to spur on illegal activities, such as the sale of drugs. “A lot of these exchanges are likely going to have to alter their operations to be anti-money laundering (AML) and know-your-customer (KYC) compliant,” Haque said. Aside from a clearer knowledge of the transaction activity taking place with the use of cryptocurrency, there could also be issues stemming from the protocol used by the cryptocurrency itself. The nascent marijuana industry in America, which is seeing an uncertain legal regime shape up at the state and federal levels, is one which has turned to cryptocurrencies in order to address financial uncertainties. The adult film industry, another one which faces uncertain legality in some aspects, has SpankChain, a smart contract distributed ledger system built on the Ethereum protocol. “A lot of regulation will likely develop to ensure that these exchanges and wallets are compliant and that cryptocurrencies are not running into nefarious markets,” Haque emphasized. Interestingly, the protocol for bitcoin is itself rather simple, limiting what most ventures can do with the cryptocurrency, while the Ethereum protocol is much more powerful and allows entities to develop cryptos with a wider range of applications.

Bitcoin’s rapid rise in value through 2017 is likely a function of the public becoming much more curious about the sector. “We’re starting to see a more morphed public view as well as a more nuanced view from the authorities that the general public trusts,” Haque said. Major financial institutions like the Chicago Mercantile Exchange, which started trading bitcoin futures in early December, are also increasing confidence in the financial industry impacts of blockchain. Haque added that more education programs, including MBAs and law school programs, were being developed around the blockchain space at academic institutions across the country.  Haque herself is co-teaching a course on Blockchain Technologies and Cryptocurrencies at Wake Forest School of Law in the fall of this year. “As with any transaction, one should know who one is dealing with; one should want to find out as much as one can before making an investment or transacting,” Haque said.  She recommends Chairman Clayton’s “Sample Questions for Investors Considering a Cryptocurrency or ICO Investment Opportunity” as a place to start for those interested in investing in cryptocurrencies.  She recommends NYU Stern’s video “The Innovation is the Blockchain” as an intelligent and understandable primer for those who want to start to understanding the blockchain and cryptocurrency space.