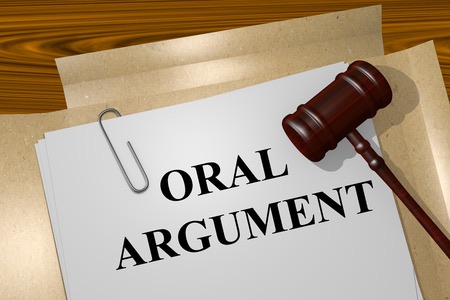 On Tuesday, January 2nd, counsel representing patent owner St. Regis Mohawk Tribe filed a request for oral hearing with the Patent Trial and Appeal Board (PTAB) to request discovery which could impact a series of inter partes review (IPR) trials which have been petitioned by pharmaceutical firms Mylan, Teva and Akorn. The St. Regis tribe was seeking discovery on due process concerns posed by the potential of political or third-party pressure asserted to “reach an outcome inconsistent with the binding Supreme Court and Federal Circuit precedents.”

On January 2, 2018—without authorization—the Saint Regis Mohawk Tribe (“the Tribe”) filed a Request for Oral Hearing purportedly pursuant to 37 C.F.R. § 42.70(a) in each of the above-identified proceedings “regarding [the Tribe’s] request for discovery into the identity and impartiality of the merits panel assigned to this case.” Paper 122 (“Request”). 2 Because the Tribe’s request is improper for a number of reasons, the Tribe’s request is denied.

The PTAB panel was also upset because the oral argument request was not timely made, and because this was the first time a request for discovery had been made. Obviously missed by the PTAB panel was the intervening politically motivated decision denying Eleventh Amendment sovereign immunity to the State of Minnesota by an expanded PTAB panel that included the Chief Judge David Ruscke, Deputy Chief Scott Boalick, Vice-Chief Judges Scott Weidenfeller and Jacqueline Wright Bonilla.

The PTAB panel also threatened counsel for the St. Regis tribe with sanctions moving forward, saying “further actions that demonstrate a disregard for our process will not be tolerated.”

Apparently, the St. Regis tribe was to have anticipated in advance that the PTAB would overrule prior decisions acknowledging State sovereign immunity, and that they would do it in such a politicized way with an expanded PTAB panel.

The potential pressure resulting in due process violations is clearly present, as the St. Regis tribe argued. Such political turbulence has certainly been blowing its way over from Congress, where Sen. Claire McCaskill (D-MO) introduced a bill to abrogate Native American tribal sovereign immunity in all IPR proceedings while high-ranking committee members from both houses of Congress called for probes into the supposed anti-competitive nature of the St. Regis tribe’s patent arbitrage deal with Allergan.

Further, St. Regis tribe specifically argued that due process violations could stem from the strong possibility that the merits panel in the IPR proceedings would be expanded to include agency executives including David Ruschke, Chief Judge of the PTAB. This fear is not without reason given the recent expanded panel that ignored Eleventh Amendment sovereign immunity claims. Furthermore, at the most recent executive session of the U.S. Patent and Trademark Office’s Patent Public Advisory Committee (PPAC), Ruschke noted that he has the authority to expand panels in IPR proceedings when the trial includes an issue of great importance or to maintain the uniformity of PTAB decisions. Add this together with the known practice of stacking panels to guarantee favored outcomes and it is absolutely reasonable for the St. Regis tribe to for the first time have serious cause for concern.

Deepening the legitimate concern of the St. Regis tribe is the reality that parties are only made aware of any decisions to expand the merits panel once a decision has been issued by the panel in the case.

Along with the potential for political pressure affecting the outcome of the IPRs, the St. Regis tribe noted that possible due process concerns also exist with the pecuniary interest which the USPTO has in the case. This interest is present in the non-trivial impact which the patent owner’s motion on sovereign immunity could have on the fees collected by the USPTO for PTAB IPRs. The USPTO increased fees for filing IPRs at the PTAB by $6,500 last November and the tribe alleges that it’s possible certain financial interests could cause the agency to rule a certain way.

Such potential due process violations identified by the St. Regis tribe would be prohibited by the Administrative Procedures Act (APA). Citing to the Federal Circuit’s 2013 decision in Abbott Laboratories v. Cordis Corp., St. Regis argues that both notice and an opportunity to be heard by a disinterested decision-maker are “indispensable ingredients of due process.” Further, the Federal Circuit’s 2012 decision in Abrams v. Social Security Administration holds that administrative judges, like the administrative patent judges (APJs) who sit on IPR proceedings at the PTAB, must be “free from pressures by the parties or other officials within the agency.” Under 5 U.S.C. § 554(d), a statute codified under the APA, APJs and other administrative employees making adjudication decisions musn’t be subject to the supervision or direction of an employee engaged in the performance of investigative or prosecuting functions for an agency.

Ex parte communications with any member of a merits panel on a PTAB trial are also prohibited under the terms of the APA. Notwithstanding, Ruschke’s prior comments at PPAC indicate that he only makes decisions to expand the panel to include both himself and Vice Chief Judge Scott Boalick “to emphasize a unanimous decision below.” How would Ruschke know that members of the panel were going to reach a certain decision without having communications with the panel that could easily be perceived to be pressuring the judges into reaching a certain decision? Further, logically speaking, why would Ruschke need to insert himself or other senior officials onto a panel if the decision was already going to be unanimous? Such a unanimous three-judge panel decision could be made precedential in its own right.

Any ex parte written or oral communications, as well as any internal memos concerning such communications, should be included in the public record of the administrative proceeding. It is entirely reasonable given the way the PTAB administers itself for the St. Regis tribe to seek any communication made to Ruschke, if added to the merits panel, or any other members of the merits panel pertaining to sovereign immunity, St. Regis’ relationship with Allergan or Congressional efforts on the sovereign immunity issue.

It can be safely assumed that the USPTO will try to stay as tight-lipped about the structure of the merits panels in the St. Regis cases as possible, and seems entirely probable that an expanded panel will result at the merits stage as it did recently in the Eleventh Amendment case denying sovereign immunity to the State of Minnesota. Such an expanded panel would certainly be consistent with the agency’s response made last March to patent owner Smartflash after the agency answered a Freedom of Information Act (FOIA) request regarding the standard operating procedures governing the assignment of APJs to panels. The USPTO provided a 57-page response where 52 of the pages were completely redacted and another two pages were partially redacted.

The St. Regis tribe also sought discovery of information regarding the assignment of APJs Tina Hulse, Christopher Paulraj, Sheridan Snedden, Jacqueline Bonilla and Scott Weidenfeller, along with Ruschke and Boalick, to IPR proceedings involving the petitioners. A search of PTAB trials using Lex Machina’s data analytics tools shows that there have been a total of 75 PTAB trials involving petitioners Mylan, Teva or Akorn where the merits panel included Hulsa, Paulraj, Snedden or Bonilla; data for Ruschke, Boalick and Weidenfeller was unavailable. In those cases, only 8 percent were denied institution, a much lower rate of denial than the 17 percent of all PTAB trials being denied institution through December 21st of last year. In only 3 percent of the trials petitioned by Mylan, Teva or Akorn where at least one of these APJs sat on the panel have final written decisions issued upholding all challenged claims; in all PTAB petitions, 4 percent result in final written decisions of all claims upheld. 18 of these petitions have been filed against Allergan, the original owner of the patents transferred to the St. Regis Mohawk Tribe.

UPDATED at 2:51pm to reflect that the PTAB denied the St. Regis Mohawk Tribe request.