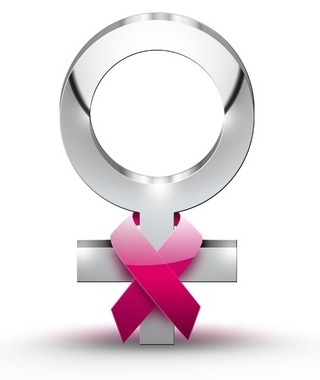 In late November, a few announcements issued by academic research centers in Europe indicated that some impressive advancements in the medical and life sciences were unfolding, each of which could prove to have major industry impacts. On November 20th, there were reports that Austrian oncologist Thomas Bauernhofer of the University Hospital Graz had successfully identified a protein which indicates a higher risk of mortality in breast cancer patients. In a research project funded by the Austrian Science Fund (FWF), evidence emerged that a higher expression of the GIRK1 protein in malignant tissue samples was linked to higher relapse and mortality rates in breast cancer patients who have gone through surgery. The novel use of the GIRK1 protein as a biomarker could have a great impact on breast cancer diagnostics and treatments and further research could yield more discovery on the interdependence of GIRK1 with other important biological pathways critical to cancer management.

About a week later, on November 29th, news came out that another Austrian research team had made successful strides in a genetic technology for the degradation of hydrocarbons. Researchers at the University of Natural Resources and Life Sciences, Vienna (BOKU) discovered the genetic pathway through which the fungus Cladophialophora immunda degrades toluene, an environmentally harmful hydrocarbon. A series of eight genes transferred to C. immunda fungi from bacteria demonstrated the degradation of toluene while signs of stress within the fungus, including the production of antioxidants and the activation of cell detoxification mechanisms, indicates that the fungus actively works to destroy any toluene it contacts.

Unfortunately, thanks to recent case law interpretations from the U.S. Supreme Court, it would appear that neither of these important scientific advances could led to the development of any patentable subject matter. The discovery of GIRK1 as a biomarker for breast cancer diagnostics would run into 35 U.S.C. § 101, the basic threshold statute for determining patentability of subject matter, under the Supreme Court’s March 2012 ruling in Mayo Collaborative Services v. Prometheus Laboratories, Inc. In that case, the Court held that processes involving correlations between blood test results and patient health is not patent-eligible subject matter because the process incorporates laws of nature. This would seemingly render any processes involving the application of GIRK1 as a biomarker for breast cancer prognoses unpatentable as well as the expression of GIRK1 occurs naturally.

Similarly, a patent covering the use of the genetic sequence of the C. immunda fungus to degrade toluene is likely unable to be upheld on Section 101 invalidity grounds based on the Supreme Court’s June 2013 holding in Association for Molecular Pathology v. Myriad Genetics, Inc. In that case, the Court held that a naturally occurring segment of DNA is a product of nature and is not patent-eligible subject matter simply because it has been isolated from its naturally occurring state. If the C. immunda genetic strain could only be obtained through synthetic means, then it would stand a much better chance under the Myriad standard, but even the synthetic production of a genetic sequence which does occur in nature would very likely be considered unpatentable subject matter.

A correct understanding of how patent rights as private property help to ensure that such innovations are properly commercialized would lead a rational observer to the understanding that the Mayo/Myriad framework on patentability makes such scientific discoveries less impactful on a society. If a subject matter is unpatentable, businesses operating in those fields will attract far less investment because they have no ability to protect their innovations. In the event that a business does fail, it’s often the intellectual property assets, especially patents, which can be sold off during liquidation in order to recoup investors money.

If uncertain patentability in a given sector can affect investment into that sector, then the problem of uncertain patentability is especially daunting in sectors which require the development of basic research. As of 2013, the average cost of developing a medicine that was accepted by the U.S. Food and Drug Administration was $5 billion. If it costs billions to bring a medical diagnostic technology based on the recent discovery regarding GIRK1 protein expression in breast cancer patients, a patent on the technology will be necessary. Otherwise, investors won’t spend money to develop a technology that could be easily copied by a rival firm who might have a stronger model of distribution, thus hurting the ability of the original innovator to claim the market which is rightly theirs.

Further issues facing the patentability of subject matter related to natural phenomena also stem from recent Supreme Court jurisprudence, specifically that Court’s June 2014 decision in Alice Corporation v. CLS Bank International, a case which created a two-step standard for adjudicating a patent’s validity when the patent is directed to a process or method. In the first step of the Alice test, courts are instructed to determine whether elements of the patented claims are directed to patent-ineligible subject matter; in the second step, if it is determined that the claims are indeed directed to patent-ineligible matter, then the court determines whether the claims elements, both individually and as an ordered combination, transform the nature of the claims to become patent-eligible subject matter.

Applying the Alice standard to any patent covering a useful technology derived from either of the scientific discoveries at the top of this article and it’s easy to see the writing on the wall in terms of a firm’s ability to protect its investment under the current law. The expression of GIRK1 protein occurs naturally in patients, thus any process which uses GIRK1 as a biomarker for breast cancer diagnoses would seem to fail step one of the Alice test. The patent would likely fail step two of Alice because the process in which GIRK1 levels are measured is conventional; it’s the novelty of GIRK1 as a breast cancer biomarker, and not the process of finding the biomarker itself, which is the discovery. And thus, breast cancer patients suffer because a superior diagnostic technology has a much tougher time making its way to the market, and it’s all thanks to the Supreme Court.

It would be a very similar story in regards to any patents covering processes for hydrocarbon degradation using the genetic sequence culled from the C. immunda fungus. That bacterial genetic sequence occurs naturally, thus failing step one of Alice. The patent then fails at step two because the combination of the elements of the claims, likely involving the known and conventional processes for isolating genetic material, fails to transform the claim into what the Supreme Court considers as patent-eligible subject matter.

These aren’t simply patent rights issues at this point. The uncertainty of patentability in medical and life sciences fields is simply untenable at a time during which the whole world clamors for innovations which could make both humans and our surrounding environment healthier. The Supreme Court hasn’t just held back the rights of patent owners, they’ve arrested the progress of the entire American society in terms of better medical and environmental technologies.