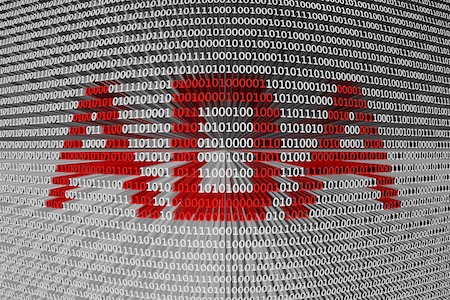 I’m going to start this post in a way that most of you may find surprising. I want to thank Kylie Jenner. You see, for over a year now I have been telling clients, other lawyers, and family members (who politely nod because they still don’t quite understand what I do for a living) that companies need to make sure their websites are ADA compliant. This usually leads to a crass conversation about how a website can even be ADA compliant. But recently, I received a text message from a friend with a link to a JustJared.com piece entitled, “Kylie Jenner’s Cosmetics Website Sued for Not Being Accessible to Blind Customers.” My friend’s text said, “This what you have been talking about!” The exclamation mark made my day. Yes, this is what I have been talking about! And while most of you have likely never heard of Just Jared, it is high time we talk about ADA website compliance and website accessibility.

Let’s start with a bit of background. The Americans with Disabilities Act was enacted in 1990 to prohibit discrimination and ensure equal opportunity to people with disabilities. This applies to State and local government services, employment, commercial facilities, transportation, and places of public accommodation.[1] These laws can be enforced by the Department of Justice (DOJ) and through private lawsuits.

In June of 2003, the DOJ issued a document appropriately entitled, “Accessibility of State and Local Government Websites to People with Disabilities.” References were made to Section 508 accessibility Standards and Web Content Accessibility Guidelines (WCAG). By 2010, the DOJ issued an Advance Notice of Proposed Rulemaking (ANPR), entitled “Nondiscrimination on the Basis of Disability; Accessibility of Web Information and Services of State and Local Government Entities and Public Accommodations.” That document provides that, “Title III reaches the Web sites of entities that provide goods or services that fall within the 12 categories of ‘public accommodations’ as defined by the statute and regulations.” It also sought input on whether the DOJ should adopt “the WCAG 2.0’s Level AA Success Criteria as its standard for Web site accessibility for entities covered by Titles II and III of the ADA.”

In April of 2011, the DOJ reached a settlement with Law School Admission Council (LSAC). A complaint was brought by the National Federation of the Blind claiming, in part, that barriers on the www.lsac.org website made it impossible for blind students to register for the LSAT. The DOJ joined in this lawsuit and is a signatory to the settlement agreement wherein LSAC agreed to provide “Full and Equal Access” to the lsac.org website, no later than September 1, 2011.  “Full and Equal Access” meant that “www.lsac.org meets the nonvisual requirements of WCAG 2.0, level AA and that blind guests using screen-reader software may acquire the same information and engage in the same transactions as are available to sighted guests with substantially equivalent ease of use.”

Settlements like these were entered into across the country, and 2015 included: edX, Inc. and Carnival Cruise Lines (Carnival Corp.). Needless to say, by the mid to early 2010s, the DOJ were well aware of website accessibility issues and knew exactly where it stood on these issues. In the fall of 2014, the DOJ issued a Statement of Regulatory Priorities stating, “the Department received approximately 440 public comments and is in the process of reviewing these comments… the Department plans to follow with the publication of the title III NPRM in the third quarter of fiscal year 2015.” That did not happen. Rather, in the fall of 2015, the DOJ decided to “extend the time period for development of the proposed Title III Web site accessibility rule and include it among its long-term rulemaking priorities. The Department expects to publish Title III Web site accessibility NPRM during fiscal year 2018.” In 2016, the DOJ requested additional public comment. And this year, the Trump Administration placed the DOJ’s rulemakings under Titles II and III of the ADA for websites, medical equipment, and furniture of public accommodations and state and local governments on the 2017 Inactive Actions list.

People with disabilities should be able to easily access the Internet. (You can find a video about how screen readers work here.) But to accomplish this, the DOJ should have issued regulations. It issued regulations for State and local governments. It issued regulations for Federal agencies. Why not issue regulations that would apply to private business? As a point of reference, in October 2016, the European Parliament approved the directive 2016/2102 that requires websites and mobile applications of public sector bodies to conform with WCAG 2.0 Level AA. New websites must comply from 23 September 2019 on, old websites from September 23, 2020 on and mobile applications from June 23, 2021 on. These regulations provided direction and time for business to become compliant.

The lack of regulations here has led to the absolute worst-case scenario. People with disabilities have not been served since most companies are unaware this is an issue. Most don’t even realize this is something they have to consider until they receive a demand letter. That has certainly been the case for some of my clients. This leads to a scramble to get compliant. Unfortunately, it can take up to a year to do so depending on the complexity of the site. Meanwhile, plaintiffs’ attorneys across the country are taking advantage of the confusion. More than 260 website accessibility lawsuits were filed in 2016, and significantly more were filed by the end of 2017. But these numbers do not even begin to cover the cases that are settled pre-litigation.

Now that we have established the risks, where do we go from here? First, companies should run an accessibility scan of their webpages. There are numerous free online tools that can be used, including: http://www.wave.webaim.org and https://achecker.ca/checker/index.php. This will provide an overview of potential issues that need to be resolved. If you have in-house developers or IT, this is best handled by them. Second, look into getting ADA compliant before you receive a demand letter. Be aware however, that compliance is not cheap. Depending on your website, how much hand holding your company needs, and a few other variables, you could be looking at spending $25,000 – $50,000, on average. Third, if you receive a demand letter, make sure you hire counsel that has experience with these cases. Various legal arguments have been raised to dismiss these cases at the outset – some have been successful, but many have not. You have to consider all available options. And finally, since this will not be addressed by the DOJ anytime soon, ask your Congressperson to make sure guidelines are enacted as soon as possible. Those guidelines should take into account a business’ operations and size.

[1] The following private entities are considered public accommodations for purposes of this subchapter, if the operations of such entities affect commerce—

(A) an inn, hotel, motel, or other place of lodging, except for an establishment located within a building that contains not more than five rooms for rent or hire and that is actually occupied by the proprietor of such establishment as the residence of such proprietor;

(B) a restaurant, bar, or other establishment serving food or drink;

(C) a motion picture house, theater, concert hall, stadium, or other place of exhibition or entertainment;

(D) an auditorium, convention center, lecture hall, or other place of public gathering;

(G) a terminal, depot, or other station used for specified public transportation;

(H) a museum, library, gallery, or other place of public display or collection;

(I) a park, zoo, amusement park, or other place of recreation;

(J) a nursery, elementary, secondary, undergraduate, or postgraduate private school, or other place of education;

(L) a gymnasium, health spa, bowling alley, golf course, or other place of exercise or recreation.

Heather Antoine is the founder of Antoine Law Group, APC. Her practice is focused on the intersection between Internet law and intellectual property. Heather is primarily a litigator handling trademark/copyright infringement matters, [...see more]