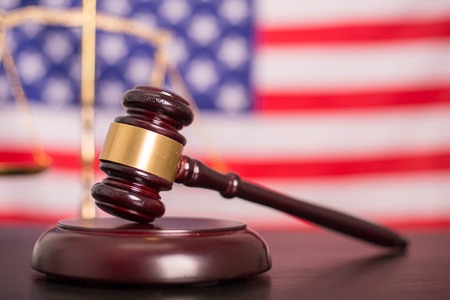 In TC Heartland, the Supreme Court reiterated that § 1400(b) is the exclusive authority for venue in patent infringement actions, as the Court previously determined in Fourco Glass Co. v. Transmirra Products Corp., 353 U.S. 222, 229 (1957). TC Heartland, 137 S. Ct. at 1520–21. Under § 1400(b), venue is proper in the judicial district where (1) the defendant resides, or (2) the defendant has committed acts of infringement and has a regular and established place of business.

After TC Heartland, a domestic corporation “resides” only in its state of incorporation for venue purposes in patent infringement case. Notably, the Court in TC Heartland confined its analysis to the proper venue for corporations. Id. at 1517 n.1. But where is venue proper for foreign defendants and domestic non-corporate defendants?

The Fourco decision, which was the basis for the Court’s decision in TC Heartland, provides guidance as to where venue may be proper for domestic non-corporate defendants, such as LLCs and partnerships. In particular, Fourco provides that “the judicial district where the defendant resides,” as used in § 1400(b), means the judicial district where the defendant is domiciled. Fourco, 353 U.S. at 226. Domicile is established by “[r]esidence in fact, coupled with the purpose to make the place of residence one’s home.” Texas v. Florida, 306 U.S. 398, 424 (1939). Thus, a domestic non-corporate defendant is domiciled in any state where any of its members is a citizen. Chapman v. Barney, 129 U.S. 677, 681 (1889).

Patent owners may also file a patent infringement action in a judicial district where the defendant has a regular and established place of business and has committed acts of infringement, under the second prong of § 1400(b). The Supreme Court did not address this prong of § 1400(b) in TC Heartland.

With venue for patent infringement actions under § 1400(b) narrowed after TC Heartland and In re Cray, patent owners could use declaratory judgment (DJ) actions to secure their desired venue because venue in DJ actions is governed by § 1391. The Declaratory Judgment Act provides federal courts with the authority to “declare the rights and other legal relations of any interested party” where an “actual controversy” exists. 28 U.S.C. §§ 2201–02.

Until now, patent owners have rarely looked to DJ actions to enforce their patent rights because DJ actions are only viable for future or anticipated infringement and the “actual controversy” requirement of § 2201(a) can be difficult to meet. See Am. Piledriving Equip., Inc. v. Hammer & Steel, Inc., No. 4:11-cv-811-CDP, 2012 WL 1414837, at *2–3 (E.D. Mo. Apr. 24, 2012) (declining to issue a DJ for past infringement because “there is no redress that can be provided by a favorable decision from this court”). In other words, patent owners must file a DJ case after an actual controversy exists but before infringement begins.

To establish an actual controversy in a DJ action for future infringement, the patent owner must demonstrate that (1) the accused infringer is engaged in an activity described in 35 U.S.C. § 271(a), or is making meaningful preparation for such activity, and (2) the accused infringer’s acts represent a refusal to alter its course of action in light of the patent owner’s warnings. Metabolite Labs., Inc. v. Lab. Corp. of Am. Holdings, 370 F.3d 1354, 1369 (Fed. Cir. 2004) (citing Lang v. Pac. Marine & Supply Co., 895 F.2d 761, 763 (Fed. Cir. 1990)). Courts have historically focused on the “meaningful preparation” aspect of this “actual controversy” test for DJ actions for future infringement.

While “meaningful preparation” generally depends on the facts and circumstances of a particular case, courts have considered whether accused infringers have distributed sales literature, prepared to solicit orders, or engaged in any activity indicating that the allegedly infringing product would soon be ready for use. See Lang, 895 F.2d at 764–65; Automation Sys., Inc. v. Intel Corp., 501 F. Supp. 345, 348 (S.D. Iowa, 1980). For example, in Lang, the Federal Circuit found that there was no actual controversy because the patentee filed a DJ action nine months before the allegedly infringing product was to be ready for use. Lang, 895 F.2d at 765. Moreover, when the DJ action was filed, the accused infringer had not distributed sales literature, prepared to solicit orders, or engaged in any other activity indicating that the product was nearly ready for use. Id. But one court found that a declaration of intent to manufacture, market, and sell potentially infringing products, such as the filing of an Abbreviated New Drug Application (ANDA), was sufficient to establish an actual controversy even though no infringing activity had begun. Cephalon, Inc. v. Watson Pharm., Inc., 629 F. Supp. 2d 338, 351 (D. Del 2009).

Despite the difficulties of establishing an actual controversy, patent owners may find DJ actions for future infringement more appealing post-TC Heartland and In re Cray. By filing a DJ action prior to a civil suit, a patent owner can take advantage of the broad venue scope of § 1391 to preemptively select venue in a forum that may no longer be available under § 1400(b).

Section 337 investigations may be an attractive option to patent owners for many reasons beyond avoiding the alleged infringer’s home forum. In the ITC, there is no need to establish personal jurisdiction over the accused respondent because ITC jurisdiction is in rem. Sealed Air Corp. v. Int’l Trade Comm’n, 645 F.2d 976, 985 (C.C.P.A. 1981). Additionally, a respondent has no ability to transfer venue of a Section 337 investigation, like it might in district courts. Other advantages include speedy adjudication and the availability of exclusion orders, which are enforced by United States Customs and Border Protection and operate to bar further importation of infringing products into the United States.

Patent owners should consider, however, that ITC determinations of infringement or invalidity do not have a preclusive effect in later court proceedings. See Tex. Instruments v. Cypress Semiconductor Corp., 90 F.3d 1558, 1569 (Fed. Cir. 1996). Regardless of the outcome of a Section 337 investigation, a respondent may still challenge the validity of a patent by filing a DJ action for invalidity in a district court or a petition for inter partes review at the United States Patent Office. Patent owners should also keep in mind that the ITC cannot award monetary damages in a Section 337 investigation. Thus, the available relief is limited to exclusion orders and cease and desist orders.

Because the decisions in TC Heartland and In re Cray have narrowed the scope of venue for patent infringement actions, patent owners concerned with litigating in an accused infringer’s home forum should consider all of their options.

Jamie McDole Jamie McDole is a Shareholder in the Dallas office of Winstead.  He is a seasoned first-chair trial attorney who has represented Fortune 50 companies, as plaintiffs and defendants, in federal [...see more]

Jamie Raju is an associate in the Intellectual Property Practice Group in the Dallas office of Haynes and Boone. Jamie works on a range of intellectual property matters, with an emphasis on [...see more]

Catherine Reynolds is an associate in the Intellectual Property Practice Group in the Dallas office of Haynes and Boone. Cate works on a range of intellectual property matters, with an emphasis on [...see more]