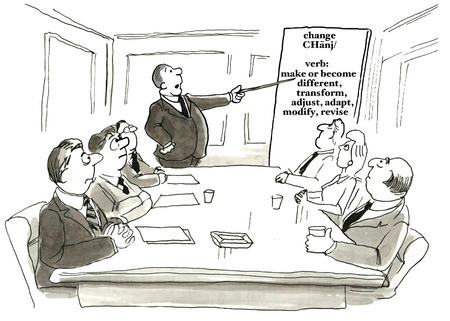 The U.S. Court of Appeals for the Federal Circuit recently issued its decision in In re Micron Tech., Inc., Case No. 2017-138 (Fed. Cir. Nov. 15, 2017), and resolved a question that had divided district courts and commentators throughout the United States following the U.S. Supreme Court’s ruling in TC Heartland LLC v. Kraft Foods Group Brands LLC, 137 S. Ct. 1514 (2017):  Did TC Heartland change the law of venue in patent cases such that a party’s failure to raise a venue defense in its initial responsive pleading could be excused?  The Federal Circuit held: “We conclude that TC Heartland changed the controlling law in the relevant sense: at the time of the initial motion to dismiss, before the Court decided TC Heartland, the venue defense now raised by Micron (and others) based on TC Heartland’s interpretation of the venue statute was not “available,” thus making the waiver rule . . . inapplicable.”

Under Rule 12 of the Federal Rules of Civil Procedure, a party must raise a venue defense in its initial motion to dismiss or that defense is waived.  See Fed. R. Civ. P. 12(h)(1)(A).  There is an exception to the waiver rule for defenses that were not “available” at the time the party filed the initial motion.  See Fed. R. Civ. P. 12(g)(2).  The Federal Circuit explained the issue before it as follows:  “[T]he Rule 12 waiver question presented here is whether the venue defense was “available” to Micron in August 2016. We conclude as a matter of law that it was not. The venue objection was not available until the Supreme Court decided TC Heartland because, before then, it would have been improper, given controlling precedent, for the district court to dismiss or to transfer for lack of venue.”

Prior to the TC Heartland decision, the Federal Circuit in VE Holding Corp v. Johnson Gas Appliance Co., 917 F.2d 1574 (Fed. Cir. 1990), cert. denied, 499 U.S. 922 (1991), held that venue in patent cases would lie in any judicial district where the defendant is subject to personal jurisdiction.  This was a departure from a 1957 Supreme Court decision, Fourco Glass Co. v. Transmirra Products Corp., 353 U.S. 222, 229 (1957), which interpreted 28 U.S.C. § 1400(b), the patent venue statute, and held that a domestic corporation “resides” only in its state of incorporation. The Federal Circuit in VE Holding justified its departure from Fourco based on amendments to the general venue statute, 28 U.S.C. § 1391, which redefined the meaning of corporate residence for purpose of venue to any district in which a corporation could be subject to personal jurisdiction.  The Federal Circuit determined that Congress meant for this amendment to apply to all venue statutes, including § 1400(b).  The VE Holding decision was recognized at the time as a departure from Fourco and was described by the Federal Circuit as a case of “first impression.”  For the past 27 years since the VE Holding decision, patent owners could sue alleged infringers in any court that had personal jurisdiction over the alleged infringer.  The TC Heartland decision changed that and limited venue in patent cases to (1) the defendant’s state of incorporation, or (2) where the defendant commits an act of infringement and has a regular and established place of business.

Notwithstanding what appeared to most practitioners to be a clear change in the law, district courts faced with the waiver issue after TC Heartland reached differing conclusions.  For example, in Westech Aerosol Corp. v. 3M Co. et al., No. 17-cv-5067, 2017 WL 2671297, at *2 (W.D. Wash. June 21, 2017), the court stated:  “TC Heartland changed the venue landscape. For the first time in 27 years, a defendant may argue credibly that venue is improper in a judicial district where it is subject to a court’s personal jurisdiction but where it is not incorporated and has no regular and established place of business.”  (Emphasis added).  By contrast, courts coming to the opposite conclusion reasoned that the Federal Circuit’s decision in VE Holding could not have overruled the Supreme Court’s decision in Fourco; therefore, the TC Heartland decision simply reaffirmed what had been the law since 1957.  See, e.g., Elbit Systems Land and C4L Ltd. v. Hughes Network Systems, LLC, No. 15-cv-37, 2017 WL 2651618, at *20 (E.D. Tex. June 20, 2017).  The Federal Circuit’s Micron decision resolved this split of authority, concluding:  “The Supreme Court changed the controlling law when it decided TC Heartland in May 2017.”

Going forward, the impact of the decision is that a party facing a patent infringement case in a jurisdiction where it is not incorporated or where it does not have a regular and established place of business may raise the venue defense even if it failed to do so in its initial pleading.  The Federal Circuit cautioned, however, that objections to venue should be raised in a timely manner and the failure to do so may still result in waiver of the defense.  The Federal Circuit also observed: “We have not provided a precedential answer to the question whether the timeliness determination may take account of factors other than the sheer time from when the defense becomes available to when it is asserted, including factors such as how near is the trial, which may implicate efficiency or other interests of the judicial system and of other participants in the case. But we have denied mandamus, finding no clear abuse of discretion, in several cases involving venue objections based on TC Heartland that were presented close to trial.”  In light of these comments from the Federal Circuit, and given that TC Heartland was decided on May 22, 2017, any defendant that has not yet raised its venue objection based on the TC Heartland change in the law should do so as quickly as possible.

With the change-in-the-law issue resolved, the focus motions to dismiss or transfer venue in future cases will probably be on the second prong of the test:  what constitutes a regular and established place of business?  The Federal Circuit has provided some guidance on this issue in its recent decision In re Cray,  871 F.3d 1355 (Fed. Cir. 2017).  There, the Federal Circuit established a three-part test:  (1) there must be a physical place in the district (not virtual); (2) the pace of business must be regular and established place of business (not sporadic activity); and (3) it must be the place of defendant (not solely a place of an employee).  Applying this test, district courts have held:  a physical place of business of a related entity, which is not a named defendant and not a sham entity, is not sufficient; the presence of employees in this district (even as many as 19) in and of itself is not sufficient; and registering to do business in the state is not sufficient.  On the other hand, if a named defendant requires its employees to live in a district, leases property from which those employees work, and identifies the location of those employees in a company directory or website as an arm of the company, the outcome would likely be different.  The contours of this portion of the test remain to be fleshed out in future case.  For patent plaintiffs, the venue decision has become much more complicated as a result of these decisions.

is a shareholder and member of the Intellectual Property and Technology Litigation Practice Group at Am Law 100 firm Polsinelli. He has experienced all phases of intellectual property litigation and [...see more]