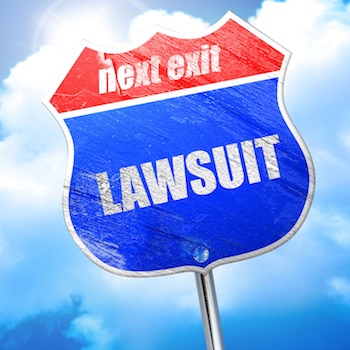 In late November, the legal dispute between San Diego, CA-based semiconductor developer Qualcomm Inc. (NASDAQ:QCOM) and Cupertino, CA-based consumer tech giant Apple Inc. (NASDAQ:AAPL) over patents covering various electronic device components and features. A series of actions taking place in the Southern District of California shifts the focus of what has been an international squabble over patent infringement and antitrust claims back to American soil.

On November 29th, Apple filed a counterclaim in a case brought to Southern California by Qualcomm back in early July of this year, asserting a series of six non-standard-essential patents (non-SEPs) covering technologies incorporated into Apple iPhones for which Apple was refusing to pay to license. In the counterclaim, Apple alleges that Qualcomm has incorporated power management technologies developed by Apple into its Snapdragon 800 and 820 processors in violation of eight patents held by Apple which cover extended battery life technologies.

“This case presents a tale of two companies. On one hand we have Apple who literally created the modern smartphone as a product category, with the iPhone’s cutting edge design, easy connectivity, superlative battery life, and interactive applications that make the smartphone the smartphone. On the other we have Qualcomm, who developed rudimentary telephone technology that carried voice calls in the early days of feature phones, but whose technology is dated. This is borne out in the patents each party places before this Court.”

Along with seeking declarations of noninfringement and invalidity of the patents asserted by Qualcomm in the case, Apple asserts the eight patents which Qualcomm has allegedly infringed. These patents include:

Qualcomm’s second complaint filed on November 29th asserted a series of six patents which it accused Apple iPhones and iPads of infringing upon. The patents in this suit cover image processing, stepped gain mixer, machine-learning and content delivery technologies. They include:

The third complaint filed by Qualcomm asserts another five patents which were originally developed by PalmPilot and TouchTable and in which Qualcomm has invested and now owns. The patents-in-suit in this case include:

This recent activity is a very interesting ramping up of the legal battle playing out between Qualcomm and Apple throughout 2017 starting in January, when Apple and the Federal Trade Commission both filed suit against Qualcomm over alleged breaches of Qualcomm’s fair, reasonable and non-discriminatory (FRAND) obligations for its SEP licensing activities. Qualcomm hit back in April, suing Apple for tortious interference, claiming among other things that Apple was misrepresenting the performance of Qualcomm’s technology to foreign regulators in order to induce fines and penalties, such as the $912 million fine from South Korean fair trade regulators which was recently upheld in that country’s courts. Qualcomm has taken its legal fight against Apple to multiple jurisdictions as well, filing suits against the consumer tech giant with the U.S. International Trade Commission in July and then again in China’s IP courts this October. Qualcomm’s recent legal activities also come during the same month in which rival semiconductor firm Broadcom made an unsolicited proposal to buy Qualcomm for $130 billion.