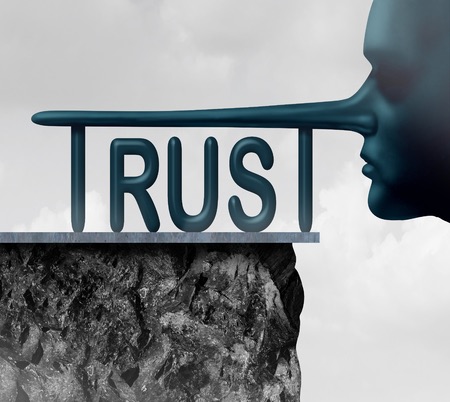 The world of intellectual property law has been abuzz in recent months leading up to oral arguments in front of the U.S. Supreme Court in Oil States Energy Services, LLC v. Greene’s Energy Group, LLC, a case which will determine whether the Patent Trial and Appeal Board (PTAB) operates in violation of both Article III of the U.S. Constitution and the Seventh Amendment by extinguishing property rights without a jury trial. The Court has received amicus briefs from a large swath of U.S. patent system stakeholders including independent inventors, the tech ruling class and law professors. Analysis of Monday’s oral arguments indicates that the decision in Oil States could reach a split in favor of either side.

A review of amicus briefs filed in Oil States indicates that, by and large, the case pits members of the tech cartel like Apple, Facebook and Google against small entities and independent inventors which are represented by US Inventor. In the case of law professors from academia, however, there appears to be a rift within the community. The brief filed by 72 law professors including Stanford’s Mark Lemley and Duke’s Arti Rai came out in favor of respondent Greene’s Energy Group, arguing against the notion that inventors have a right to their own invention under common law. Conversely, an amicus brief filed by 27 law professors including George Mason’s Adam Mossoff supported the petitioner Oil States and the argument that patents are private property, not public rights.

The implications of the Supreme Court’s decision in Oil States has been the subject of much debate among members of academia. Such was the subject during two panel discussions taking place on September 22nd at a conference funded by Google and InterDigital, which brought together practitioners and legal scholars to look at the issues raised by Oil States. 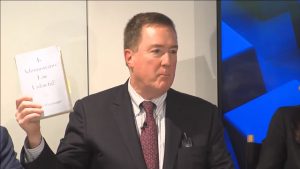 One of the many panelists during the panel discussions, moderated by Duke’s Arti Rai, was John Thorne, partner at Kellogg Hansen Todd Figel & Frederick. Although it’s not listed in the Duke Law website on the Oil States panel discussions, Thorne also serves as general counsel and spokesman of the High Tech Inventors Alliance, a recently established patent law lobbying group entirely subservient to the efficient infringer cartel. Unsurprisingly, Thorne defended the operations of the PTAB, including inter partes review (IPR) validity trials, as “good,” parroting the oft-repeated argument that the large number of patent applications filed today with the U.S. Patent and Trademark Office will naturally lead to patents being issued erroneously.

“The problem with patents is if you don’t confine them to things that are truly new and important, you’ve impinged on somebody else’s right… Assigning to the Patent Office the function of granting duplicative patents, somebody’s else already got a patent that they’re operating under, or a technology’s obvious and it belongs to the public. Assigning a patent that reads on somebody else’s previously patented business, or something that is in the public domain… that’s unconstitutional. The worry about the administrative state is not about cancelling patents, as I read Philip Hamburger, it’s about patents that interfere with other people’s existing rights.” – John Thorne

In making this particular point at the Duke Law Oil States conference, Thorne waved around a copy of Is Administrative Law Unlawful?, a book written by the aforementioned Philip Hamburger. Interestingly, Hamburger wrote a blog post published by the Yale University blog Notice & Comment in which he took great exception to the way that Thorne had presented the arguments laid out in his book.

“It is true that my book discusses the executive’s issuance of patents, including the danger of issuing patents that interfere with existing rights… In the case of patents, the point was simply that my objections do not stand in the way of executive decisions that mimic judicial hearings for purposes of allocating these grants of property rights. In contrast, the question in Oil States is whether, after the executive has issued a patent, it can hold an adjudication to cancel the patent by declaring it invalid. This looks like an exercise of administrative power to take property rights, and it is difficult to understand why anyone would claim that my book suggests otherwise.” – Philip Hamburger

Hamburger continues to note that patents have historically conferred private property upon citizens in a way which was publicly recorded. “What was distinctive about the form of grant known as ‘letters patent’? The name alludes these letters being open, rather than sealed shut,” Hamburger writes. Though the English monarchy attempted to revoke patents through the Crown’s Privy Council, a fact which some have used to argue that Executive Branch revocation of patents through the PTAB is not a historical anomaly, the Privy Council’s activities gradually diminished to nothing by the 19th Century.

Until recently, the American patent system for 200 years have understood that property rights like patents are only vulnerable to validity challenges in courts and not by the agency responsible for the administration of that property. “Of course, patents come with a host of problems that cannot be discussed here. But however these difficulties are to be resolved, it must be recognized that patents are property, which cannot be invalidated outside the courts,” Hamburger wrote.

This type of misrepresentation is quite endemic to the efficient infringer lobby, a group perfectly willing to engage in great feats of mental gymnastics in service to an anti-patent narrative. It’s the kind of poorly principled approach that allows a Tom Lee from Mapbox to give testimony to the House IP Subcommittee on patent trolls despite the fact that Mapbox had only been sued once in a patent matter and in a case that lasted a total of 92 days before that case was dismissed. It’s this kind of bragadocious debate that leads people to offer testimony on topics they clearly don’t understand, such as Lee’s testimony on Mapbox’s patent filing activities which he’s been unable to explain when confronted in a public forum.

What may make Thorne’s association with the efficient infringer lobby all the more frustrating is the fact that Thorne’s past activities while serving as VP and deputy general counsel for Verizon show evidence of patent trolling, at least where it comes to acquiring patents covering technologies Verizon wasn’t practicing in order to extort valuable assets from another party. During his tenure, Verizon pursued a legal battle against Cablevision beginning in March 2010 in a case involving patents covering set-top boxes, a business Verizon wasn’t participating in at the time, which were acquired from other companies. An official statement from Verizon at the time indicated that the legal action was to force Cablevision into licensing agreements regarding New York City sports channels, not to protect Verizon’s interest in industries where it was already operating. While there is nothing wrong with that as a legal strategy, there is something quite hypocritical about pursuing that strategy and then lambasting others who are similarly non-practicing entities.

It seems quite clear that Thorne is operating as a mouthpiece for very powerful interests within the U.S. patent system and that his thoughts on the subject should be taken with many grains of salt.