EDITORIAL NOTE: What follows is the Summary of the Argument from an amicus brief filed by a distinguished list of Scholars, including Laurence Tribe and Erwin Chemerinsky. The brief filed at the Patent Trial and Appeal Board (PTAB), which was filed by attorney Derek Gilliland, is in support of the Saint Regis Mohawk Tribe assertion of tribal sovereign immunity. For more on this topic please see our Saint Regis Mohawk archive. 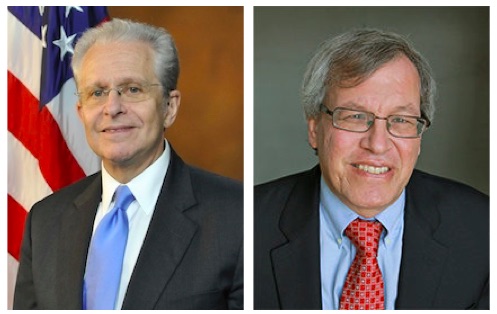 Petitioners Mylan Pharmaceuticals, Inc. et al. contend that “[c]ourts and agencies have the power and duty” to deny assertions of tribal sovereign immunity to prevent what they call “abuses.” Petrs. Opp. to Motion to Dismiss, Paper 87, IPR2016-01127 (Oct. 13, 2017), at 10. Petitioners maintain that “[s]overeign immunity does not require respect for an agreement designed to protect patents from review.” Id. at 13. They describe the Tribe’s assertion of immunity as being part of a “sham” (id. at 2, 10, 11, 12, 13), a “contrivance” (id. at 3), a “manipulation” (id. at 15), and a “rent-a-tribe” scheme. Id. at 10 (internal quotation marks and citation omitted). They urge the Board to withhold tribal immunity to protect “the integrity of the patent system” (id. at 13) and to prevent patent owners from “reap[ing] a windfall at the public’s expense.” Id. at 11 (citation and internal quotation marks omitted); id. at 12 (“private gain at public expense . . . is no justification for extending tribal immunity”).

Petitioners’ contentions miss the mark. Tribal sovereignty is not a “sham” or a “contrivance,” even when it produces results Petitioners do not like. There is no dispute that the St. Regis Mohawk Tribe is what the Supreme Court has termed a “domestic dependent nation[]” (Cherokee Nation v. Georgia, 30 U.S. 1, 17 (1831) (Marshall, C.J.)) entitled to tribal sovereign immunity and that its agreement with Allergan is a legitimate contract. Further, the Tribe has explained that the contract serves its sovereign interests and represents an important part of its technology development plan, a project that is saturated with sovereign importance, in part because it complements the Tribe’s modest tax base. See Michigan v. Bay Mills Indian Community, 134 S. Ct. 2024, 2043-45 (2014) (Sotomayor, J., concurring).

Moreover, Petitioners’ objections are being raised in the wrong forum. Congress – rather than the Board, the Article II executive, or even the Article III courts – controls the availability of tribal sovereign immunity. As the Supreme Court has explained, “it is fundamentally Congress’s job, not ours, to determine whether or how to limit tribal immunity. The special brand of sovereignty the tribes retain—both its nature and its extent—rests in the hands of Congress.” Bay Mills Indian Community, 134 S. Ct. at 2037. Congress has not withdrawn tribal immunity in patent cases. Where a patent owner makes a prima facie showing of tribal sovereign immunity, the Board should recognize that showing and decline to consider the kind of challenges to immunity that Petitioners seek to raise. There is no warrant for the Board to entertain Petitioners’ policy objections to the Tribe’s assertion of sovereign immunity, and doing so would interfere with Congress’s plenary and exclusive responsibility for setting the boundaries of tribal immunity.

The Supreme Court’s decision in Republic of Philippines v. Pimentel, 553 U.S. 851 (2008), provides instruction for the proper resolution of this proceeding. In Pimental, the Supreme Court held that an interpleader action could not proceed in the absence of the Republic of the Philippines and a government-created commission, which were protected by sovereign immunity. The Court explained that, once a tribunal recognizes that an assertion of sovereign immunity is “not frivolous,” it is “error” for the tribunal to proceed further to address the merits. Id. at 864. “[W]here sovereign immunity is asserted, and the claims of the sovereign are not frivolous,” the tribunal should accept those claims. Id. at 867. The Board should follow that approach here and decline to consider Petitioners’ policy objections to tribal sovereign immunity.

Derek Gilliland is a partner with Nix, Patterson & Roach LLP, where he handles all manner of complex litigation. For the last several years he has focused on intellectual property and oversees [...see more]