Changes in Patent Language to Ensure Eligibility Under Alice 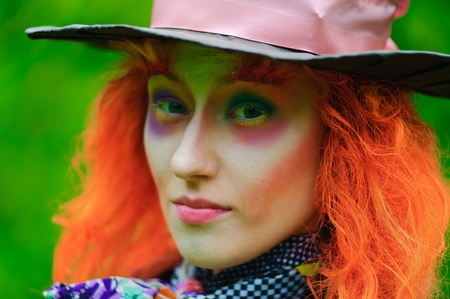 The Mad Hatter, known for asking the most famous unanswerable riddle.

In Alice v. CLS Bank, the Supreme Court laid down a straightforward, if difficult to consistently apply, test for patent eligibility under 35 U.S.C. § 101.  Patent eligibility is to be determined based on 1) whether the claims at issue are directed to a patent-ineligible concept; and 2) if so, whether the claim’s elements, considered both individually and as an ordered combination, transform the nature of the claims into a patent-eligible invention.  This test is intended to be used to determine if a claimed invention is abstract, and thus patent ineligible under § 101.  We conclude that, in the short term, this test has resulted in positive changes to patent applications, as drafted.  However, strategies by patent practitioners to circumvent this test may limit the test’s effectiveness in the future

Since Alice, there has been a sharp drop in allowance rates for patent applications classified into the business method technology center.  Different strategies for patent preparation and prosecution in a post-Alice world have emerged.  For example, commenters have proposed increasing the level of detail with which an invention is described in a patent application and including more detail in the claims.  Our analysis focuses on patent applications that issued as patents from 2010-2017 to determine whether there have been any noticeable changes in patent language that may be attributed to post-Alice efforts to ensure eligibility under the Alice test. 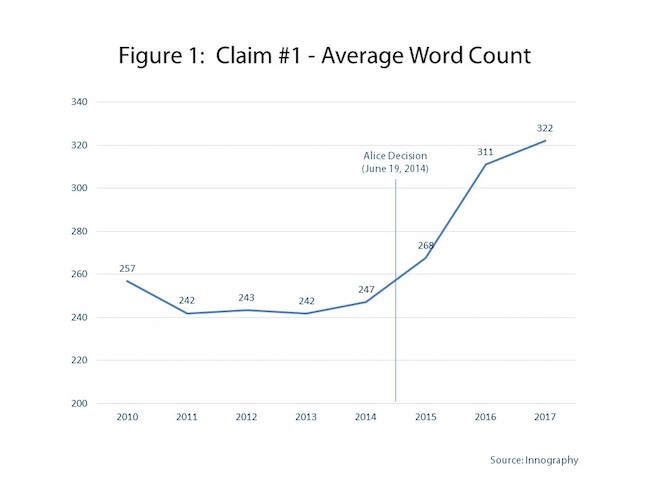 Patent practitioners are not merely repeating the same words to increase the word count, they are adding significant quantities of unique words.  In Figure 2, we looked at the average word count in the first independent claim of issued patents by unique word count.  In other words, a repeated word would only count a single time in our analysis.  We found that between 2010 and 2014, the average number of unique words in the first independent claim remained relatively stable between 73 and 71 words.  Again, we saw an increase of approximately 19% in 2017 relative to the 2010 to 2014 baseline.  Given the increase in the number of unique words, rather than merely repeating words in the first independent claim, we may conclude that patent practitioners are attempting to include additional detail in the claims, rather than simply repeating words to satisfy the pencil test. 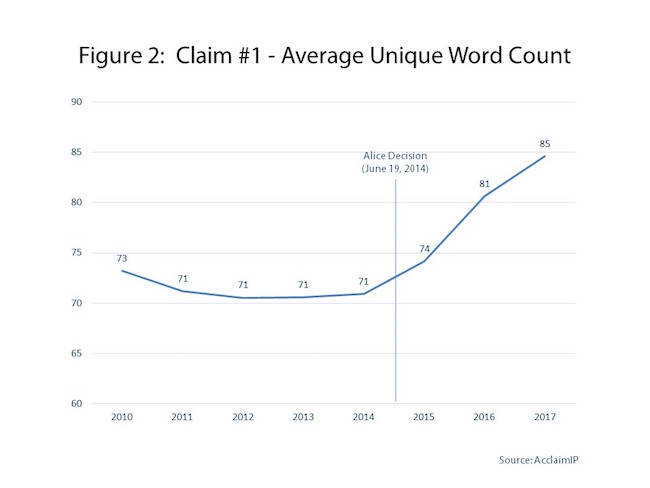 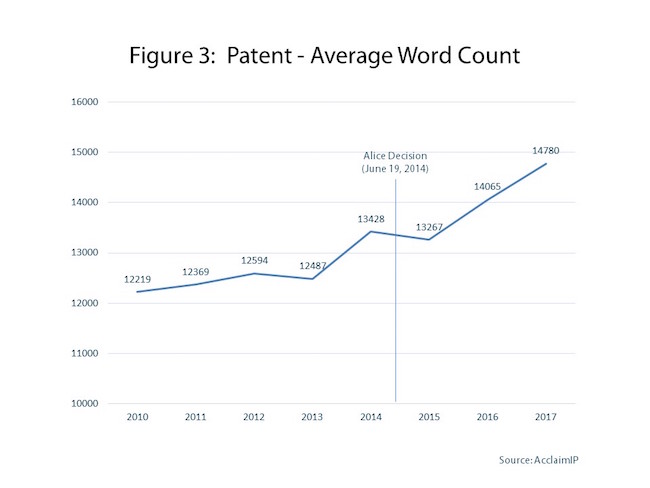 Another proposed strategy for ensuring eligibility under the Alice test is to avoid classification into technology center 3600 and/or class 705.  A patent drafter may emphasize technical aspects of an invention in the first independent claim, abstract, and title to ensure classification into a favorable art unit.  It has been noted that “substantially fewer recent filings [were] classified in the business method class (class 705) as compared to the time periods pre-dating the Alice decision.”  An example of using this strategy may be to include words, such as “Artificial Intelligence” “Data Structures” “Digital Processing” and the like, in patent titles, abstracts, or first independent claims.  This could increase a likelihood of classification into classes other than class 705.  Such an increase, if the result of attempts to avoid classification into a more difficult art unit, undermines the utility of the Alice decision by increasing a likelihood that a patent drafter obfuscates the true purpose of an invention in the patent.

Preliminary data does show an increase in use of, for example, the term “artificial intelligence,” in patent titles, abstracts, and first independent claims; however, the sample size of applications filed post-Alice that include the term “artificial intelligence” is relatively small.  Future investigation is warranted as more applications are published.

The aforementioned findings suggest both a positive outcome to establishment of the Alice test as well as a potential pitfall.  Alice appears to have resulted in positive developments, such as narrowing the scope of claims and increasing disclosure of technical benefits of inventions in the specification.  However, as patent practitioners become increasingly savvy with regard to avoiding eligibility challenges, there remains the potential for meaningless expansion to replace meaningful claim limitation, and for obfuscation to be used to avoid further public disclosure.

Author’s Note: This article would not have been possible without the assistance of Rocky Berndsen and Jaclyn Jones.

Peter Glaser is an Associate with Harrity & Harrity, specializing in patent preparation and prosecution before the United States Patent and Trademark Office. He has represented various clients in a wide range [...see more]

William Gvoth is a patent attorney with Harrity & Harrity specializing in patent preparation and prosecution before the United States Patent and Trademark Office. He has represented various clients in a wide [...see more]