When all else fails, consult the statute! 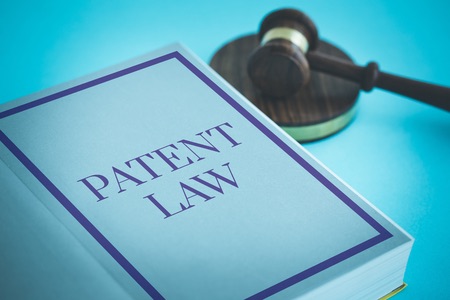 “When all else fails, consult the statute!”  In the Federal Circuit’s fractured en banc decision in CLS Bank v. Alice, one member of the court offered this simple solution to the struggle the Federal Circuit then faced in determining whether the Alice claims were patent eligible under 35 U.S.C. § 101.  See CLS Bank Int’l v. Alice Corp., 717 F.3d 1269, 1335 (Fed. Cir. 2013) (Rader, J., additional reflections).  Over three years later, in the wake of the Supreme Court’s affirmance in Alice Corp. Pty. Ltd. v. CLS Bank Int’l., 134 S. Ct. 2347 (2014), district courts continue to struggle with the two-part test the Supreme Court provided for resolving eligibility challenges.  Numerous patent owners who have had their patents declared ineligible under the Supreme Court’s test have challenged the test through the appeals process.  But unfortunately for many of them, all else has failed.

My clients RPost Communications Limited, RMail Limited, RPost International Limited, and RPost Holdings, Inc. are among those patent owners who are trying to address the problems of the recent § 101 jurisprudence.  On November 6, RPost filed a petition for writ of certiorari to the Supreme Court challenging the use of ineligibility as a litigation defense.  The petition urges the Supreme Court to take up this challenge by revisiting the basis that it recently used to strike down another defense—the patent statute.

Unfortunately, district courts across the country—including in this case—routinely invalidate issued patents on ineligibility grounds despite lacking authority from Congress to do so.  The failure of the courts to follow the deliberately designed structure of the Patent Act has led to the invalidation of hundreds of valuable patents, weakened the U.S. patent system, and discouraged investment in U.S. innovation.  See AIPLA Legislative Report and Proposal on Patent Eligible Subject Matter (May 12, 2017).  The Federal Circuit has done nothing to correct the long-term misapplication of Congress’s framework, but instead has affirmed ineligibility challenges in nearly 90 percent of its post-Alice decisions.  Thus, the question presented is critically important to protecting the property rights of patent holders and to ensuring that the courts properly carry out Congress’s will.

Facts And Proceedings In The Lower Courts

Highlighting the unsettling nature of these decisions, just four days before the District Court invalidated the asserted claims, another district court found the asserted claims in the ’913, ’389, and ’199 patents patent eligible.  See Sophos Inc. v. RPost Holdings, Inc. et al., Nos. 13-12856-DJC and 14-13628-DJC, 2016 U.S. Dist. LEXIS 72699, at *32-37 (D. Mass Jun. 3, 2016).  Additionally, the PTAB denied petitions to institute CBM reviews of the ’913, ’389, and ’104 patents.  See CBM2014-00010 at Paper 20; CBM2014-00017 at Paper 21; CBM2014-00064 at Paper 13.  The PTO also issued an Ex Parte Reexamination Certificate for the Feldbau patent confirming the validity of all of the reexamined claims.  Consequently, RPost, which actively sells a product that practices the patents-in-suit, is conclusively precluded from recouping millions of dollars in damages on its investment in patents that have had their validity upheld because the District Court granted GoDaddy relief on a litigation defense that it lacked jurisdiction to decide.

What RPost Hopes To Achieve With Its Petition

With its petition, RPost seeks to restore available patent-litigation defenses to the ones Congress provided in the statute.  Such a ruling will benefit all patentees litigating ineligibility challenges and restore stability to the U.S. patent system.  Indeed, issued patents will no longer be subject to district courts subjectively determining what is or is not patent eligible, as Congress originally intended.  RPost also seeks to provide an alternative to legislative initiatives to amend § 101, which may be too hard to come by and too slow to address the problem.  Indeed, a legislative solution already exists—consult the statute.

RPost respectfully requests your support for its petition, which is of substantial import to all inventors, patent holders, and those concerned with the proper functioning of the U.S. patent system.  Amicus briefs are currently due by December 11, 2017.  If you are interested in filing or joining an amicus brief and would like more information about the case, please contact me directly.