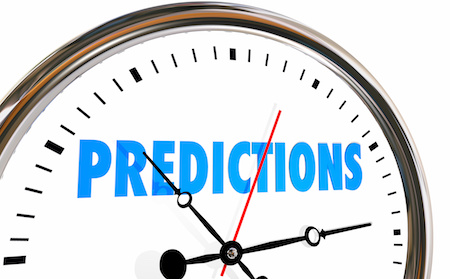 The United States Supreme Court will hear oral arguments in SAS Institute v. Matal on Monday, November 27, 2017. This case will give the Supreme Court the opportunity to declare whether the Patent Trial and Appeal Board must issue a written decision covering all claims challenged in an inter partes review proceeding. The issue specifically taken by the Supreme Court is as follows:

In advance of this much anticipated hearing, I reached out to a number of industry insiders with a simple question: What are you thoughts and predictions on SAS Institute in advance of Supreme Court oral arguments? Their answers follow.

Before proceeding, my thoughts on the matter are two-fold. First, it seems many in the patent community are treating SAS Institute as a side-show, which is worrisome. Yes, Oil States is the “big case” that has the potential to completely unravel the post grant processes created by the America Invents Act (AIA), and while I think there is a very real chance the Supreme Court will unravel post grant procedures, if that does not happen SAS Institute becomes a very, very important case. Second, right now there is effectively no estoppel in favor of patent owners because if claims are not instituted the PTAB does not include those claims in a final written decision. That seems, at least in my opinion, to clearly go contrary to the meaning and intent of § 318(a). For my longer analysis see SCOTUS to hear SAS Institute.

Once oral arguments are complete we will circle back with further articles and prognostications in advance of what should be a momentous decision by the Supreme Court. 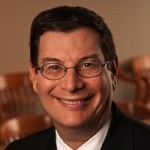 I predict that the Supreme Court will focus on literal statutory interpretation of the AIA and conclude that all grounds for challenge of patents in administrative trials must be addressed in the final written decision consistent with section 318(a). The Court may appreciate the burden this places on the PTAB, but will find that administrative ease and efficiency is not a substitute for the need to comply with the plain meaning of the law.

Stephen Kunin serves as an expert witness and consultant on patent policy, practice and procedure. Mr. Kunin served three decades at the USPTO, including 10 years as Deputy Commissioner for Patent Examination Policy. 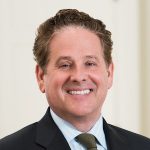 Does the USPTO have to provide a written decision on all of the challenged claims as alleged in SAS Institute? I don’t think so. The statute under 35 USC 316 (a)(2) gives the authority to the USPTO to make rules for setting the standard for the showing of sufficient grounds to institute a review. The USPTO seems to have followed proper rule-making in this area and developed a standard. Invalidity at the board is claim-specific and if the USPTO deems that a claim doesn’t reach the threshold of the standard a proceeding is not instituted for that claim. The decision to not institute is not reviewable under 35 USC 314 (d). So I would maintained that the requirement of a written decision for every challenged claim under 35 USC 318 (a) relates to every challenged claim where the procedure was instituted and the claim hasn’t been cancelled.

Robert L. Stoll has more than 40 years of experience in intellectual property prosecution. Bob retired from the USPTO as Commissioner for Patents at the end of 2011 after a distinguished 34-year government career. 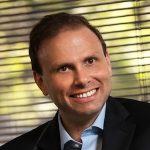 This case brings back memories of infamous depositions of the 1990’s/early 2000’s, arguing about the meaning of common English words. The statute, on the surface, is unambiguous, “shall issue a final written decision with respect to the patentability of any patent claim challenged by the petitioner” (35 USC § 318(a), emphasis added). While judicial and PTAB economy certainly endorse the PTAB’s approach of ignoring claims on which IPR was not instituted, finding a supportive statutory interpretation for that approach is challenging. My view — which assumes IPRs are upheld in Oil States — is that the Supreme Court is likely to reverse and find that the PTAB must issue a final written decision covering all of the challenged claims. I suspect that in practice, the ultimate effect on the IPR process will be minimal. Decisions will have a short section mostly repeating the earlier institution decision. This will create a slight change in practice by opening an appeal opportunity from the non-institution decision based on the final opinion. I would not expect that opportunity to be heavily used.