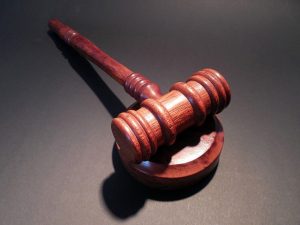 On Monday, October 16th, the Internet security company VirnetX (AMEX:VHC) of Zephyr Cove, NV, announced the results of a patent litigation campaign it had pursued against Cupertino, CA-based consumer tech giant Apple Inc. (NASDAQ:AAPL). According to a press release issued by VirnetX, the Eastern District of Texas increased the damages to be paid by Apple from $302.4 million in a prior jury verdict up to nearly $440 million for Apple’s infringement of patents covering secure communications in applications like FaceTime.

The enhanced damages in VirnetX’s trial against Apple stem from a final judgment entered on September 29th by Eastern Texas Judge Robert Schroeder. As part of the final judgment, all pending motions in the case were denied as moot. According to the VirnetX press release, this included Apple’s motions for judgment as a matter of law (JMOL) for non-infringement, JMOL on damages, motion for a new trial on damages and motion for a new trial on infringement. VirnetX also reported that the Eastern Texas court granted VirnetX’s motion for willful infringement and enhanced the royalty rate during the period of willful infringement by 50 percent, from $1.20 per unit up to $1.80 per unit. These enhanced damages increased VirnetX’s pre-interest damages up for $343.7 million. On October 13th, VirnetX filed a notice of costs which added an additional $96 million in attorney’s fees, costs and prejudgment interest.

The final judgment issued by the Eastern Texas court in September comes six months after the court issued summary judgment in the case which denied as moot a series of motions made by either Apple or VirnetX as well as joint motions filed by both. These include Apple’s motions to preclude VirnetX’s assertions of willfulness against iMessage, partial summary judgment of no infringement and an unopposed motion for leave to file supplemental briefing regarding VirnetX’s request for enhanced damages. VirnetX motions which were denied include an emergency motion to clarify filed in January 2016 and a motion for partial summary judgment of willful infringement.

Executives with VirnetX are very pleased with the ruling as is evidenced in remarks given by VirnetX CEO and president Kendall Larsen:

“We are elated with the Court’s Final Judgement of $439 million in that not only did it affirm the jury’s verdict of $1.20per infringing iPhone, iPad and Mac Product, but also added for willful infringement, interest and attorney fees.  This is the third time a jury has ruled in our favor against Apple. This Final Judgement amount is large because sales of Apple’s infringing products are large.  The cost of our security technology in infringing devices has been apportioned and is less than a quarter of one percent of the device’s cost. We believe this established per device rate for security is very reasonable and will greatly assist us with our domestic and global licensing efforts.”

Also on October 16th, the Eastern Texas court issued a stipulated order on execution of the judgment against Apple which includes stipulations agreed upon by both parties in the case. As a result, Apple will provide quarterly verifications to VirnetX confirming its ability to satisfy the judgment and will pay any payments due under the judgment within 20 days of the completion of any appeal or decision to remand the case. Apple does plan to appeal the decision according to at least one news source covering the case.