Adjusting to patent litigation in the Northern District of California 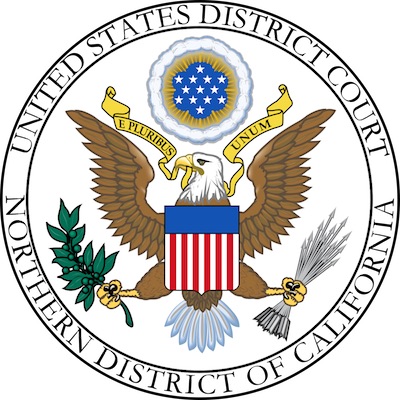 The Supreme Court’s decision in the TC Heartland and the Federal Circuit’s decision in In re Cray have led many to wonder how the landscape of patent litigation will change. These decisions have shone a spotlight on the Northern District of California and other districts that many assumed would inherit the caseload that previously went to the East Texas courts.

I clerked for Judge Jon S. Tigar in the Northern District of California when the TC Heartland decision came out. We were on the lookout for an uptick in filings of patent cases after the decision. When I left, about three to four months after the TC Heartland decision, I had not seen a noticeable increase. There could be many explanations for this. Cases may have been assigned “off the wheel” to other judges or plaintiffs may have been waiting to figure out the contours of the venue law before making these decisions. But my sense is that non-practicing entities had long ago eliminated the Northern District as a potential venue for patent cases. With the advent of TC Heartland, they might instead try their luck in Delaware, the Central District of California, the Eastern District of Virginia, and other districts where judges have experience with patent cases, where defendants might be subject to suit, and where they might have better prospects on substantive legal issues like Section 101 patent-eligibility.

If and when there is an influx of cases to the Northern District of California, litigators who predominantly practice in Texas will have to make adjustments. While perhaps not as regimented as some other districts, the Northern District expects litigants to know the local rules and strictly comply with them, particularly for things like sealing motions that can be complicated procedurally. The patent local rules have been extensively litigated in the Northern District, so if there is any ambiguity, you can expect at least one of the judges would have resolved your question in a prior case.

Unlike in Texas, technology tutorials in the Northern District are expected to be live. Attorneys need to be prepared for the judge to ask questions. They also need to make sure that the members of the team most familiar with the technology are present and ready to address any issues that may come up. Judges typically don’t expect to have formal testimony, for example from experts, at tutorials, which are off-the-record and less formal than motion hearings. Attorneys don’t need to prepare a flash-style presentation with voiceover, as is common in Texas.

In Texas, pleadings-based motions might remain pending until the case has advanced close to trial. But in the Northern District, judges will often hold a hearing on a pleadings motion before or at the same time as a case management conference. That means case-dispositive pleadings motions (such as Section 101 motions to dismiss or for judgment on the pleadings) are typically resolved very early in the case. Sometimes they’re sorted out before the Court even sets a schedule. Patent defendants in Texas with meritorious pleadings motions might have had to participate in a case and engage in costly discovery for several months while their motions remained pending. In the Northern District, these defendants have an opportunity to exit the case early with minimal expense.

Unlike other jurisdictions, the Northern District is very strict about communications with chambers. In the Northern District, law clerks, as far as the litigants go, do not exist. That is, they’re not accessible to attorneys. That means attorneys should never attempt to contact a law clerk or the judge directly. Instead, they first need to go to the courtroom deputy. They also should be prepared to get a response that’s not helpful. While communications with chambers are generally discouraged, ex parte communications are looked at as particularly problematic and should be avoided at all costs.

Judges in the district can have more than 200 civil cases at any given time, with more motions on the calendar than they can realistically hear. That means hearings routinely get moved or vacated entirely. When attorneys file motions, they should carefully consider scheduling. Motions must be noticed for hearing at least 35 days after filing. Before filing a motion, attorneys need to check the judge’s calendar to determine the normal law and motion days and the first available hearing date, paying particular attention to dates when the judge is either not available or dates that have been closed to further settings. While it’s tempting to notice a hearing for the earliest possible date, and it might be more advantageous to clients’ interests to do so, it might give a law clerk only two weeks to sort through 50-plus pages of argument and then draft an order on the motion. If attorneys can allow additional time, chances are the law clerk responsible for the motion will be happy, which is always a good thing.

In drafting case management conference statements, attorneys should address all topics set out in the judge’s standing order and submit a proposed schedule that clearly highlights any disputes. They should try to avoid presenting legal arguments in case management statements. While it’s helpful to let the Court know issues that may come up in the case, briefing those issues for a CMC will not help an attorney’s case. Some judges will prefer a “baseball arbitration” style of resolving disputes, where the Court will either adopt one party’s proposal or another party’s proposal. That means it’s wise to avoid taking extreme positions with the expectation that a judge may “split the baby.”

It’s always important to talk to your local counsel about courtroom etiquette and other local customs. Differences exist between jurisdictions. For example, in Texas it might be common to have local counsel state their appearance, introduce trial counsel, and then slip to the back while others handle substantive issues. In the Northern District expects the counsel who appear to be able to talk through any issues or questions the judge may raise. Despite the severe limitations on their time, judges in the district have a great deal of respect for the courtroom and take motion hearings and case management conferences seriously, spending personal time preparing and reviewing papers and not simply relying on law clerks and bench memos. Judges are usually as prepared for hearings as the arguing attorneys and may have a tentative order drafted. Attorneys should treat hearings with the appropriate respect.

Ravi Ranganath focuses his practice on a broad variety of litigation and patent litigation matters to support clients in the high technology and life science industries. Ravi has experience with all aspects [...see more]