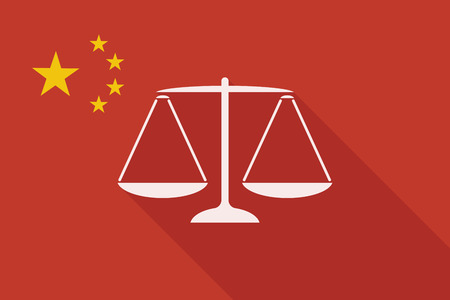 A major legal battle over patented technologies in the mobile device communication sector between San Diego, CA-based semiconductor developer Qualcomm Inc. (NASDAQ:QCOM) and Cupertino, CA-based consumer tech giant Apple Inc. (NASDAQ:AAPL) has taken a new turn. Multiple news reports indicate that Qualcomm had filed suit in China seeking a ban on the sale and manufacture of iPhones. Qualcomm’s court filing that seeks to ban iPhone sales is the latest salvo in a barrage of legal challenges between both company’s over licensing activities between Qualcomm, Apple and the many Asian contract manufacturers who fabricate smartphones for Apple which incorporate technologies allegedly covered by Qualcomm’s patents.

According to coverage of the Qualcomm patent infringement filing in China, the semiconductor developer is asserting a series of three patents which aren’t standard-essential patents (SEPs) in the area of wireless communication. This is a legal tactic which Qualcomm has employed in the United States in order to challenge Apple’s allegations that Qualcomm’s licensing activities violate fair, reasonable and non-discriminatory (FRAND) obligations for such SEPs. This August, the U.S. International Trade Commission (ITC) opened a Section 337 patent infringement investigation into Apple iPhone devices after Qualcomm filed a complaint asserting six non-SEPs it alleged Apple of infringing. According to reports, the non-SEPs asserted by Qualcomm in Chinese courts cover power management technology and a touch-screen feature marketed by Apple as Force Touch.

Qualcomm’s attempts to force Apple’s hand by filing patent infringement charges in China are a bold move given the importance of China as a marketplace for smartphone products. According to the online statistics portal Statista, China is home to more than 626 million smartphone users, more than a third of the 1.86 billion people who use smartphones worldwide. Mobile phone subscriptions in China have been on a dramatic rise since 2010, from 859 million subscriptions up to 1.36 billion subscriptions in 2016. China’s domestic smartphone production industry is also becoming a very important component of the global smartphone market as domestic brands held 48 percent of the global market share of smartphone units shipped during 2017’s second quarter.

News of Qualcomm’s patent infringement filing in China came out around the same time that Qualcomm announced a successful licensing agreement with Turkish smartphone brand General Mobile. The royalty-bearing agreement with General Mobile grants the Turkish smartphone company the right to manufacture and sell 3G- and 4G-complete devices to General Mobile customers in 35 countries. Although Apple charges that Qualcomm’s licensing practices are monopolistic in nature, it seems obvious that not every company practicing 3G or 4G technologies find Qualcomm’s licensing to be onerous.

Recent weeks have also seen Qualcomm’s licensing activities suffer serious setbacks, however. On October 11th, the company announced that the Taiwan Fair Trade Commission (TFTC) ruled that certain Qualcomm business activities operate in violation of Taiwanese fair trade law, imposing a fine of about $773 million USD. Qualcomm’s press release on the subject indicates the company’s belief that “the fine bears no rational relationship to the amount of Qualcomm’s revenues or activities in Taiwan” and the company plans to appeal the TFTC’s ruling. A similar appeal failed in early September when a South Korean court denied an appeal of a $912 million fine levied on Qualcomm by Korean fair trade regulators.

China may yet prove to be a successful battle ground for Qualcomm in its infringement claims, especially given the tougher stance taken by the Chinese government on patent infringement when compared to their American counterparts. Remarks made this summer by Chinese President Xi Jinping indicate that the nominally Communist government is working harder to support private property rights by going as far to say that infringers should “pay a heavy price” at a recent economic summit. Through last July, foreign plaintiffs bringing patent infringement claims to the specialized intellectual property court at Beijing won 100 percent of their cases. That’s much better treatment than here in the United States, where patent troll and efficient infringer ally Rep. Darrell Issa (R-CA), chair of the House IP Subcommittee, believes that all patent plaintiffs are actually patent trolls.

If Qualcomm succeeds in its legal strategy, it would not be the first time that the sale of iPhone products were banned in China. This March, a nearly one-year ban on the sale of iPhones in China was rescinded by a Chinese court after finding that regulators did not follow due procedures in ordering a ban sought by a domestic phone maker and that Apple did not infringe on design patents asserted by that firm.