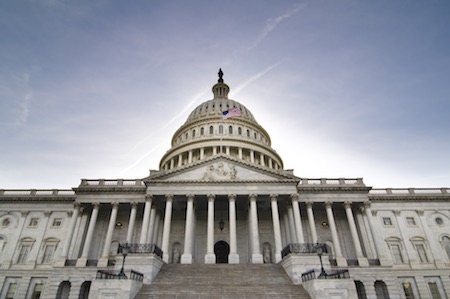 In early October, both houses of the United States Congress were simmering with activity that proves that the legislative branch of the federal government has very little respect for owners of intellectual property in this country or the sovereign rights of Indian tribes. On October 3rd, multiple news outlets including Reuters and The New York Times reported on a bipartisan effort among four members of the House Oversight & Government Reform Committee to probe a patent agreement between multinational pharmaceutical firm Allergan (NYSE:AGN) and the Saint Regis Mohawk Tribe. The representatives, which include House oversight chairman Rep. Trey Gowdy (R-SC) and ranking Democrat member Rep. Elijah Cummings (D-MD), sent a letter to Allergan voicing concerns that the deal could “impair competition across the pharmaceutical industry.” According to reports, Allergan is planning to comply with the committee’s requests as it continues to defend the deal with the St. Regis tribe as a way to shield its property rights from the “flawed and broken” inter partes review (IPR) process at the Patent Trial and Appeal Board.

Over in the U.S. Senate, similar action is taking place, giving more evidence that the entire legislative branch doesn’t understand the innovation economy, and the ignorance is bipartisan in nature. On October 5th, Sen. Claire McCaskill (D-MO) introduced a bill to abrogate the sovereign immunity of Indian tribes as a defense in IPRs, S.1948. This discriminatory bill does nothing to actually end sovereign immunity as a defense against patent validity challenges, as is evidenced by the University of Florida Research Foundation’s successful 11th Amendment defense at the PTAB this January. It’s almost as if Sen. McCaskill thinks that many Indian tribes don’t deserve a legitimate avenue for providing care for their elderly, or housing, or education, that tribes couldn’t be licensing entities but must rather stick to revenues from gambling or tax-free gasoline and tobacco products.

Sen. McCaskill is not the only member of the Senate who is proving themselves to be staunch allies of the efficient infringer lobby to the detriment of tribal sovereignty and patent owners everywhere, and the problem seems to be especially strong on the Democrat side of the aisle. In late September, news reports indicate that four Senate Democrats sent a letter addressed to Sen. Chuck Grassley (R-IA), chairman of the Senate Judiciary Committee, which called the Allergan deal a “blatantly anti-competitive attempt to shield its patents” from review. Those Senators include Sen. Maggie Hassan (D-NH), Sen. Sherrod Brown (D-OH), Bob Casey (D-PA) and Sen. Richard Blumenthal (D-CT).

The only thing blatantly anti-competitive about this whole situation are the misguided actions of our nation’s lawmakers working in concert to dismantle Allergan’s competitive advantage in the marketplace. As a letter sent by Allergan to Sen. Grassley and Sen. Dianne Feinstein (D-CA), the ranking Democrat on the Senate judiciary committee, notes, there is no attempt to shield the patents covering the eye treatment Restasis from legitimate patent validity review. The patent deal with the St. Regis tribe doesn’t shield the patents from validity challenges coming from a Hatch-Waxman trial recently concluded in Texas federal court. “To be clear, if the District Court ruling is adverse to Allergan’s patent position, and there is an FDA approval of a generic version of RESTASIS®, that product could enter the market many years in advance of the listed patent expiry dates,” Allergan’s note reads. The drugmaker further argues that the IPR process in force at the PTAB undermines the 33-year-old Hatch-Waxman statutory regime regarding validity challenges to pharmaceutical patents, is subject to changes to validity proceedings implemented within the executive branch which are not impartial, and creates an unfair burden on innovators by opening patents to challenge proceedings which are often inconsistent before both the PTAB and the Court of Appeals for the Federal Circuit, the court to which PTAB decisions can be appealed.

It is both outrageous and appalling that not a single Congressional investigation has occurred during the past five years which has seen the most egregious destruction of patent owner rights in our nation’s history. Incredibly, despite press coverage on this site and elsewhere of anti-patent owner abuses occurring through the Sensitive Application Warning System (SAWS), anti-patent bias at the PTAB leading to more than 90 percent of challenged patents being found defective, the stacking of administrative patent judges (APJs) on PTAB trials in order to achieve desired policy outcomes, the presence of certain APJs on panels deciding petitions filed by former employers which would be a conflict of interest at the district court level, testimony to the House IP Subcommittee from former Chief Judge Paul Michel on how PTAB improperly interprets legal statutes, and not a single Congressional inquiry. One Indian tribe makes a deal with a patent owner to try to avoid a single avenue among many patent validity challenges and we already have draft legislation and a Congressional probe on the matter. It appears that far too many members of Congress are in the pocket of the efficient infringer lobby to save us from our current 10th place international standing in the enforcement of patent rights. The swamp, it seems, continues to require draining.