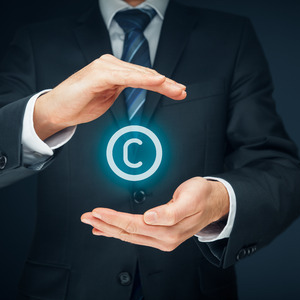 The ability for subscribers to watch a wide array of streaming video content from the social media platform offered by Menlo Park, CA-based Internet giant Facebook Inc. (NASDAQ:FB) has brought that company a great deal of success in recent years. A September 2014 press release issued by Fidji Simo, Facebook’s product development manager for video, reported that since July 2014, Facebook had seen an average of 1 billion video views per day. This followed a 50 percent increase in video views between May and July in that year alone. In April 2015, an investor’s call from Facebook CEO Mark Zuckerberg revealed that the company reached a milestone of 4 billion video views in one day during the first quarter of 2015. That included views from the 80,000 Facebook videos which were embedded on other websites.

Although video has been a successful business decision for Facebook, the unfettered access which it provides to digital content online has created an uncertain legal environment for the company. In May 2015, Business Insider published an article discussing rampant copyright infringement in which users of the Facebook social media platform were engaged, including many well-known celebrities who use such content to build online audiences who are then directed to online stores selling content which benefits the copyright infringer. For example, The Verge has written on Fast and the Furious star Tyrese Gibson who, in 2014, posted copyrighted content which he didn’t own to his Facebook page which directed viewers to one of his albums on iTunes. That Facebook post got nearly 86 million views.

In April 2016, Facebook announced the launch of Rights Manager, a set of admin and workflow tools designed to give both content publishers and content creators a greater ability to protect copyrighted content across the Facebook platform. The earliest iteration of Rights Manager gave copyright owners the ability to create a reference library of content to monitor, create rules regarding the use of individual videos, identify content which matched protected content and give permission to specific pages to use copyrighted content. Facebook also provided a Rights Manager API to apply copyrights to videos, including live videos, as they’re posted to a Facebook page by the creator.

Early this October, Facebook announced a partnership with three entities that will be integrated with the Rights Manager suite to offer rights management as a service on the Facebook platform: Friend MTS; MarkMonitor; and ZEFR. These entities will reportedly enable more automation of Rights Manager services for content creators who are already enrolled in Facebook’s content protection program. The integration of Rights Manager with these new services is expected to take place over the coming months.

The recent integration of Rights Manager with the three copyright management services is the latest step in Facebook’s slow but steady push to improve the ease with which copyright owners can protect digital content on the social media platform. This April, a blog post issued by the company announced new automated rules for Rights Manager which allowed copyright owners to set rules automating the process of protecting digital content shared on Facebook which matched content stored in reference libraries. Previously, a copyright owner would have to manually decide whether or not to apply protections to matched content.

The statute governing the kinds of content distribution which constitute copyright infringement is found in 17 U.S.C. § 501. As a June 2011 article posted by insurance and risk management organization IRMI notes, the ease of sharing digital content from unknown sources on social media platforms could very well put businesses and other social media users at risk of being liable of infringement. Various social media outlets have provisions regarding the sharing of copyright-protected content in their terms of use, but it can be safely assumed that the vast majority of Facebook users are unfamiliar with the fine print of these provisions.

An opinion piece published last May by Forbes opined that sharing digital content which includes some sort of aesthetic transformation or comment on the work could constitute fair use, even when that work was protected by copyright. However, an opinion issued this July by the Court of Appeals for the Second Circuit in Donald Graham v. Richard Prince, et. al. held that the defendants’ near-verbatim use of a photograph in an appropriation art piece did not constitute fair use.