Protecting Your Intellectual Property in the Internet of Things 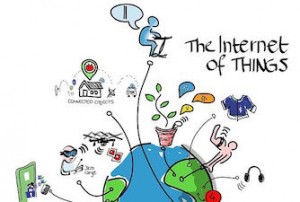 The Internet of Things (IoT) has been upon us for some time now, though many are just beginning to see it — the interconnected network of devices that increasingly surrounds us. We actually welcomed the first personal IoT device a while ago in the smart phone, a device whose functionality depends on its connection to a cellular network or the internet. Imagine the impact your phone has had many times over — with billions of interconnected smart devices — and you get a sense of the IoT’s expected scale.

These often-unassuming IoT workhorses are already taking over control of manufacturing processes, smart power grids and transportation systems. They help us manage our homes, travel in our cars, shop in stores, and generally assist us in all sorts of tasks. By 2020, Gartner predicts there will be 20.4 billion IoT devices in the world. That averages out to roughly three IoT devices per person, which explains Gartner’s second prediction for 2020: a $3 trillion global spend on IoT hardware.

Colliding patents in an Internet of Things world

Filing a patent in such a lucrative industry can be quite valuable. Unfortunately, protecting your IP in the IoT is likely to be both more complicated and lead to more patent infringement lawsuits than ever before. Why? Because in order to successfully operate with other systems (interoperate), IoT devices from different manufacturers will have to be able to work together – which means there’s likely to be a great deal of overlapping utility patents. And with the number of subcomponents each single device contains, “even a small IoT system could have thousands of active patents covering a myriad of features,” says Finnegan partner Kenie Ho and associate Mandy J. Song, Ph.D.

Making things even more complex is that a number of different industries are competing to provide the same IoT communication infrastructure. For example:

The concern with all of this is that once a communication infrastructure becomes ubiquitous, it stands a stronger chance of becoming the backbone of subsequent IoT systems. For a company in the IoT industry — especially now, when so much is in flux — this means that any other company (even one in a completely different industry) could be infringing your patent. Or on the other hand, you could be infringing another company’s IP without knowing it. Therefore, in the interconnected world of IoT, a strong and thoughtful strategy for IP management is imperative.

A strong patent portfolio is the best defense

Patent as early as possible

The IoT industry is exploding, so if you want to stay ahead of the game, you need to patent your innovations as quickly as possible. When writing your patent application, experts say you should consider claiming:

After years of patent litigation, Apple and Samsung have made it clear that design patents can be a very strong asset when it comes to protecting your IP. This kind of patent protects the visual look, shape, color, feel and overall design of a particular product.

While it’s true that IoT devices may succeed or fail based on the functionality they offer, their appearance can nonetheless be a meaningful brand identifier and potentially part of what makes a customer choose one product over another. And if someone creates a knock-off of your product that mimics its look and feel, a strong design patent will enable you to sue for infringement.

Thriving in a thrilling new space for competition

How the IoT strikes you depends somewhat on your outlook. Some of the underlying technologies are still in development (e.g. 5G cellular connectivity), but a variety of industries are already starting to make their moves. Sooner or later, the IoT is going to hit critical mass and burst into full form as a high-stakes, high-speed, everywhere-in-the-world industry with the potential for tremendous profits. That it will be full of unprecedented IP complications seems inevitable, but so do the opportunities for success that it promises.

Rob Bloom is a senior associate at Morningside IP, responsible for advising Morningside’s clients regarding foreign filing options and best practices for both EP validation and PCT national phase entry. Since 2013, [...see more]