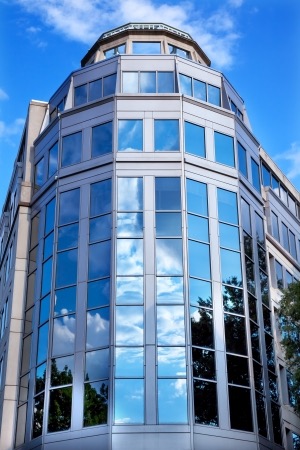 On Wednesday, September 27th, the U.S. International Trade Commission (ITC) announced that it had decided to institute a patent infringement investigation against Chinese electronics manufacturer Hisense (SHA:600060). The investigation, which follows from a Section 337 complaint filed by Japanese electronics firm Sharp (TYO:6753), will seek to determine whether certain Wi-Fi enabled devices and their components, specifically televisions which are capable of wireless Internet connectivity, which are imported into the U.S. by Hisense infringe upon two patents covering similar technologies held by Sharp.

The ITC’s decision to institute the Section 337 investigation comes after the agency announced on August 30th that it had received the patent infringement complaint from Sharp. In Sharp’s Section 337 complaint filing, two patents held by Sharp are identified as being infringed by Hisense’s television products:

Sharp’s Section 337 infringement complaint seeks a permanent limited injunction order against Hisense’s Wi-Fi enabled television sets as well as permanent cease and desist orders prohibiting Hisense from importing and selling the patent infringing products. Sharp argued to the ITC that there are no public welfare concerns and that articles like the infringing Hisense products are available to the public in sufficient capacity to meet demand. Although Sharp notes that the asserted patents cover aspects of wireless communication which are in part described in the IEEE 802.11n wireless standard, they are not subject to fair, reasonable and non-discriminatory (FRAND) licensing obligations as they are not standard essential patents (SEPs). Although Hisense has entered into a trademark licensing agreement with Sharp to sell TVs branded under the Sharp name in the U.S., it does not have a license to either the ‘809 or ‘838 patents.

Sharp’s complaint also notes that the technology covered by the ‘838 patent solves a similar issue created by the IEEE 802.11n amended standard so that legacy stations and new stations can coexist, reducing the cost of replacing devices for the new standard. This technology allows some new high throughput stations to use multiple frequency channels for maximum throughput while allowing other new stations to use fewer subcarriers, minimizing energy use.

Sharp contends that Hisense, or others on the behalf of Hisense, manufacture infringing television products in Mexico, China or another country outside of the U.S. and import them for sale in this country. For example, a series of four infringing Hisense products were purchased this June either through Walmart.com or at a Best Buy in Union City, CA. These products include three 50-inch TVs and one 43-inch TV with markings indicating that they were made in either Mexico or China.

The ITC’s decision to institute the investigation based on Sharp’s Section 337 complaint doesn’t include any decision on the merits of the case. As with all Section 337 institution decisions, the administrative law judge (ALJ) in the case will set a target date within 45 days by which time the investigation will conclude. Any remedial order issued will take effect 60 days after such a decision is announced.