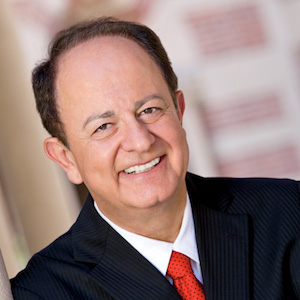 The University of Southern California has just launched a first-of-its-kind course for general (non-law) undergraduates on the basic workings of patents, copyrights, trademarks and trade secrets in social and economic life. USC’s new initiative, if replicated by other colleges and universities nationwide, could prove vital to our nation’s economic future. Here’s why:

Intellectual property (IP) now accounts for a staggering 38.2 percent of total U.S. GDP and 30 percent of total national employment. Yet despite its obvious significance to the U.S. economy, almost no American universities offer any undergraduate courses on the basic workings of patents, copyrights, trademarks and trade secrets in U.S. social and economic life.

This “IP education gap” poses a threat to U.S. leadership of the 21st century economy. The threat is no less than it would have been a hundred years ago had there been no Wharton School or Harvard Business Review to teach industrial management to 20th century business leaders.

Several bills are now before Congress to boost IP education for small businesses, which is a laudable objective. The University of Southern California has also stepped forward, launched by the Greif Center for Entrepreneurial Studies within USC’s Marshall School of Business, with an innovative program to train tomorrow’s leaders in the skills they will need to navigate our IP-driven economy. 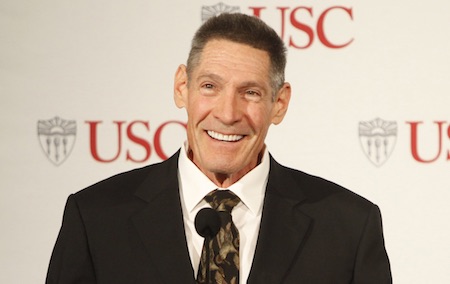 The class text is David Kline’s comprehensive The Intangible Advantage: Understanding Intellectual Property in the New Economy. This is the first-ever IP textbook aimed at general (non-law) college-level audiences, and is accompanied by a fascinating series of animated three-minute videos dealing with common patent, trademark and copyright issues in business.

Up to now, intellectual property has been taught only in law schools (or the occasional business school seminar). But over the last 50 years, IP has grown from a narrowly-specialized legal field into a major force in American social and economic life. With IP-protected innovation now the principal driver of corporate value as well as national economic growth, intellectual property has become vitally important to all Americans, not just those in the legal profession.

Indeed, USC’s new course is premised on the notion that IP questions lie at the heart of a great many areas of modern life today — From Silicon Valley startups to Fortune 500 board rooms, from MIT engineering labs to Wall Street trading desks, and from industry trade conferences to the trade policy debates raging in Congress. Indeed, it is difficult to pick up a newspaper, or read any online magazine, without reading news about how intellectual property is impacting daily life and business.

As a result, any young person who does not understand at least the basics of intellectual property — and its role in science, business, arts, and the professions — may find him or herself at a distinct disadvantage in the world of tomorrow.

For Dr. Nikias, a patent holder himself, USC’s new course is another reflection of his determination to see that USC continues to train the future leaders of America’s IP-intensive industries. Its top-ranked School of Cinematic Arts, for example, already produces many of the finest talents in the copyright-intensive Hollywood film and television industry.

“IP education is extremely important for America’s future, and we are very excited to see our program get under way and hope that similar courses launch at other universities as well,” says Dr. Nikias, who holds eight patents in digital signal processing and is a charter fellow of the National Academy of Inventors (NAI)

For Dr. Michelson, it’s the fulfillment of a promise he made to his crippled grandmother half a century ago to find cures for disease.

“I did not start out to be an inventor,” he recalls. “I wanted to be a doctor. That’s all I ever wanted to be, ever since the day I sat at my grandmother’s kitchen table — I must have been seven years old — and smelled her flesh burning on the stove.”

His grandmother suffered from syringomyelia, a crippling spinal disease that results in terrible back pain and the loss of sensation to pain and temperature in the extremities, especially the hands.

“When I saw the flames licking up through her fingers that day,” he says, “I screamed, and she rushed to the sink and doused her hand in water. I’ll never forget what she said. She said, ‘Don’t worry. One day you’ll become a doctor and you’ll fix me.’”

In fact, Dr. Michelson went on to invent hundreds of medical tools and techniques that transformed spinal surgery over the course of his career. But early on, he realized that he needed to patent those inventions to protect the time, money, and effort he had invested to develop them.

“If you don’t patent your inventions, especially in a competitive industry like medical devices, others will simply copy those inventions and sell them at a lower cost because they didn’t have to invest anything to develop them in the first place,” says Dr. Michelson. “That’s a great way to drive innovators out of an industry and halt any further technical advances.”

Dr. Michelson’s medical innovations are today employed in the vast majority of spinal surgeries worldwide. They became so widely adopted and so central to modern spinal treatment, in fact, that in 2005 the giant medical device company Medtronic purchased the majority of his patent portfolio of spinal surgery inventions for $1.35 billion.

Having retired from medical practice, he now devotes his energy and philanthropy to helping develop new solutions to a wide range of medical problems. But without a working knowledge of intellectual property and the ability to patent their discoveries, tomorrow’s inventors will not be able to raise the money to cure disease or bring those cures to market.

USC’s new IP course is not the first in the nation taught outside of law school. The University of Colorado at Colorado Springs (UCCS) offers a unique Bachelor of Innovation™ degree and has been requiring IP courses of its undergraduates since 2007. Says Dr. Terry Boult, the visionary behind UCCS’s Bachelor of Innovation program:

“This term I have over 100 undergraduate students in my business and IP law course, and I have taught many more students over the years. Our class is very hands on, helping students understand the patent application process (including drawing, description, claims and forms) and working with real startups in the community to help them deal with IP challenges.”

Every major new industry of the last 150 years — from the automobile and aircraft businesses to semiconductors, personal computers, software, biotech, mobile telephony, and Internet e-commerce — was launched on the back of an IP-protected innovation. It’s time higher education developed a curriculum to ensure that the same thing happens in the next 100 years, and USC’s and UCCS’s IP programs are big steps in the right direction.