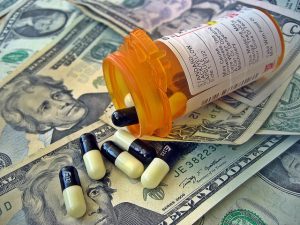 “Healthcare Costs” by Images Money. Licensed under CC BY 2.0.

On Tuesday, September 5th, the patent portfolio of UK-based pharmaceutical firm Mallinckrodt PLC (NYSE:MNK) suffered a large setback after a judgment entered in the District of Delaware found that five patents asserted by that company in an infringement suit are invalid under 35 U.S.C. § 101. The order entered by Judge Gregory Sleet also declared that Danbury, CT-based chemical company Praxair (NYSE:PX) did not infringe upon six other Mallinckrodt patents with a generic version of a respiratory treatment marketed in competition with Mallinckrodt’s Inomax. The legal challenge caused Mallinckrodt’s stock to plunge nearly 15 percent on the day that the ruling came out.

Among the patents invalidated by the District of Delaware include:

The recent order invalidating Mallinckrodt’s respiratory treatment patents arises out of a patent infringement suit filed in February 2015 by Ikaria Inc. and its subsidiary INO Therapeutics, which developed the patented technologies, against Praxair; this suit came less than a month before Mallinckrodt announced that it was purchasing Ikaria for a reported price of $2.3 billion. Mallinckrodt was listed among the plaintiffs in the case in a first amended complaint filed in January 2016. The infringement suit followed an abbreviated new drug application (ANDA) filed by Praxair with the U.S. Food & Drug Administration to market a generic version of the Inomax respiratory treatment. Praxair had made a Paragraph IV certification in the ANDA that its generic respiratory treatment would not infringe upon the patents held by Mallinckrodt.

Although redacted trial transcripts in the case won’t be available until October, a memorandum signed by Judge Sleet shows that Mallinckrodt’s patents were invalidated under the Section 101 patentability standard set by the U.S. Supreme Court in 2012’s Mayo Collaborative Services v. Prometheus Laboratories, Inc., a standard affirmed by SCOTUS’ 2014 decision in Alice Corporation v. CLS Bank International. Applying the two-step test for Section 101 patentability, the Delaware court found that the Mallinckrodt patents covered natural phenomenon which did not include an inventive step. The court found that patent claim limitations directed at echocardiography or severe adverse reactions did not satisfy the inventive concept step. “It does not matter what the severe adverse reaction is,” Judge Sleet’s memo reads. “Any reaction to treatment with iNO will be a natural phenomenon, dictated by the patient’s physiological response to the drug.”

The invalidation of the Mallinckrodt patents covering the Inomax treatment is a significant blow to the pharmaceutical company as Inomax sales reportedly contribute about 15 percent of Mallinckrodt’s overall revenues. Mallinckrodt’s most recently quarterly earnings report filed with the SEC in early August indicates that net sales of Inomax reached $125.5 million for the quarter ending June 30th, more than $4 million greater than net sales of Inomax during the same period in 2016. Through the first half of 2017, Inomax generated $253.9 million in net sales and the treatment is the second-best selling unit for Mallinckrodt after its injectable multiple sclerosis drug Acthar. Along with the recent patent infringement suit in Delaware district court, Mallinckrodt’s earnings report notes that the patents covering Inomax were also challenged by Praxair petitions for inter partes review (IPR) proceedings at the Patent Trial and Appeal Board (PTAB); the first petitions for IPRs on those patents were filed by Praxair in the same month that INO Pharmaceuticals and Ikaria first filed suit in Delaware.