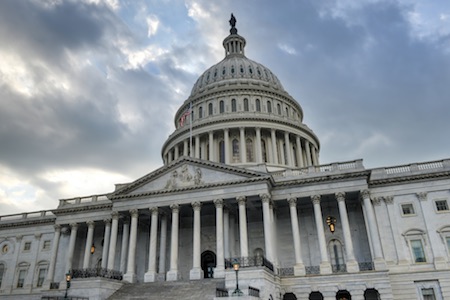 An article published on August 21st by The Washington Post and Bloomberg reported in part that, on Thursday, September 7th, there would be a hearing of the U.S. House Energy & Commerce Committee’s Subcommittee on Communications and Technology which would look at issues surrounding Internet governance and net neutrality implemented by the Federal Communications Commission (FCC). Among the items reported in the article, which generally focused on growing concerns in Washington over the massive power of America’s tech ruling class, included comments from House communications subcommittee chair Rep. Marsha Blackburn (R-TN) regarding the influence of Internet giants in the debate over FCC regulatory activity:

Blackburn is the main sponsor of H.R. 2520, the Balancing the Rights of Web Surfers Equally and Responsibly (BROWSER) Act of 2017, introduced to Congress this May. The bill is designed to create a level regulatory playing field for companies collecting data through the Internet, designating the Federal Trade Commission as the sole regulatory authority enforcing privacy rights among both Internet service providers (ISPs) and edge providers. The bill has received criticism from the likes of net neutrality supporter the Internet Association, which has said that “the bill has the potential to upend the consumer experience online and stifle innovation.”

Although the Internet Association markets itself as “the unified voice of the internet economy,” it’s well known that the lobbying firm serves as the face of Internet sector giants like Google, Amazon and Facebook. According to the Washington Post/Bloomberg article, Rep. Greg Walden (R-OR), chair of the full House Energy & Commerce Committee, called on executives from these and other Internet companies to testify directly to the House communications subcommittee. “It’s time they came before us and directly shared their positions,” Walden is quoted as saying.

Given all the interest that these major Internet companies have in influencing the debate in Washington over net neutrality, it’s interesting to note that the House communications subcommittee had to cancel its planned hearing on Internet governance because executives from major Internet companies all declined to participate. Instead, the House communications subcommittee held a hearing on opportunities and challenges posed by the FCC’s mobile broadband spectrum auction.

At least some of this unwillingness to participate in the daily goings-on in D.C. can be attributable to the prickly relationship which has developed between the Silicon Valley tech sector and President Donald Trump. In a bid to solicit Silicon Valley’s help in modernizing the federal government’s information technology systems, President Trump convened the American Technology Council this June to bring together tech executives to discuss those issues. In mid-August, however, the prospects for that and other councils darkened as a group of business executives left those councils over various Trump policies and his remarks following the violent protests in Charlottesville. Although Trump has maintained that he’s keeping the American Technology Council together, the council’s activities will have to go on ahead without input from a large swath of the American tech sector. Most recently, President Trump’s decision in early September to wind down the Obama-era Deferred Action for Childhood Arrivals (DACA) program has received further criticism from executives in the tech industry.

However, there may be other reasons why tech companies like Facebook and Netflix are unwilling to engage in the debate over net neutrality and Internet governance. These companies are very interested in maintaining a positive public image, and today that often means taking an open stand against the administration on most policy items. However, that positive public image starts to take some damage if they publicly support government policies which clearly benefit their own bottom line at the expense of the American consumer.

The Facebooks, Googles and Netflixes of the world, edge providers that provide Internet services via websites but not an Internet connection like ISPs offer, have every reason to support the current net neutrality regime at the FCC because it benefits their bottom line, preventing ISPs from charging them for the incredible amount of bandwidth which they eat up. Proponents of net neutrality have presented the debate to the public as the individual consumer versus the larger ISPs, which has been successful in increasing regulations for ISPs having much smaller subscriber bases and lower market capitalizations than edge providers. While ISPs are prevented from zero-rating, or offering digital content for free to subscribers, under the current net neutrality regime, Facebook and Twitter are increasingly offering live sports broadcasts for free to their users.

With current FCC Chairman Ajit Pai calling for a return to a “light-touch” regulatory framework for companies in the Internet sector, a framework which harkens back to the Internet regulatory regime put in place with passage of the Telecommunications Act of 1996. A month before Blackburn introduced the BROWSER Act into Congress, the Internet Association was in Washington meeting with Pai to support the net neutrality framework put into place during the Obama Administration. It’s clear that the Internet Association protects the interests of very successful edge providers against ISPs, so why can’t the executives of those edge providers appear in Congress to support their position, especially when they’ve been invited by committee leadership?

Net neutrality isn’t the only area of federal government policy where America’s corporate giants, especially tech firms, have been able to set the terms of the debate by using their deep pockets in order to secure favorable policies. Google and other members of the efficient infringer lobby have contributed a great deal of funding to Rep. Darrell Issa (R-CA) during his tenure in Congress which has helped secure his support on patent policy to the point that Issa considers all patent plaintiffs to be “patent trolls.” Then there are panel witnesses at patent reform hearings who have very little business being at those hearings except for their proximity to both money and the efficient infringer lobby.

Yet while it looks as though Obama-era policy at the FCC might be rescinded, we’re not seeing a similar situation playing out at the U.S. Patent and Trademark Office, an agency which is within the province of the executive branch led by President Trump. From briefs filed with the U.S. Supreme Court to recent executive branch appointments, it appears as though Trump is okay with allowing the continuation of certain Obama-era policies which have been deleterious to patent rights. This disparity in policy between two agencies within the executive branch certainly doesn’t help the White House look any less schizophrenic than it has in recent months.