IP Strategy is a Tricky Balancing Act for Pharmaceuticals 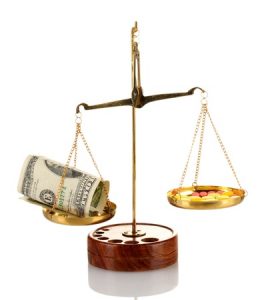 The 20 years of protection afforded by a patent is intended to promote innovation by allowing inventors a chance to recoup development costs and derive a profit from their efforts. However, in the pharmaceutical industry, the practical duration of protection is often substantially shorter since obtaining a patent is just one piece—albeit a critical one–of bringing a drug to market.

The other piece is U.S. Federal Drug Administration (FDA) approval. Unlike other products, all drugs and medicines are subject to a regulatory review period before they can be sold in the U.S. – and this process can eat up a sizeable portion of a drug’s patent term.

Timeline and cost of drug development

It takes an average of 10 to 15 years to develop a new drug – a process that’s not only time-consuming but expensive. The Tufts Center for the Study of Drug Development’s 2016 study found that the average R&D costs of a drug are close to $2.6 billion before FDA approval is received, and increase to nearly $2.9 billion with post-approval R&D.

By the time a new drug reaches the point where it’s ready for clinical testing on humans, a substantial investment has already been made. The pharmaceutical company has already seen the drug through an average of one to six years of compound discovery, synthesis, purification and often, limited animal testing. That’s why most pharmaceutical companies apply to patent their drugs during the research stage, before incurring the even-greater cost of human clinical trials.

FDA approval is required for the three stages of clinical trials, at the end of which — assuming the drug remains a viable product — a final New Drug Application (NDA) is filed with the FDA. Only after the NDA is approved can the company begin selling the medication. At this point, the average amount of time left on the patent is just 11.5 years.

While obtaining a patent is the most obvious way to protect a company’s IP, filling a patent application presents two major problems for the pharmaceutical industry:

As a result, some companies are turning to trade secrets. According to the USPTO, trade secrets protect “information that can include a formula, pattern, compilation, program, device, method, technique or process…[which] give[s] an opportunity to obtain an economic advantage over competitors who do not know or use it.

The duration of a trade secret is indefinite, which makes it an attractive option given the length of the FDA approval process. In the U.S., a trade secret also offers a workaround for the recent restrictions on patents involving laws of nature. However, relying on trade secrets is risky – if exposed (whether on purpose or by accident), their protection evaporates.

The proprietor of a pharmaceutical patent can apply to the USPTO for an extension of their patent term to make up for some of the time lost to the FDA approval process. However, the rules are a bit complicated and extensions rarely equal the patent time a company may feel it’s lost. Here are the provisions for getting an extension:

To see how the rules are applied, let’s run through a typical pharma company’s development process:

The FDA may grant a bit more protection for the development of biologic drugs – i.e. genetically-engineered medications based on living organisms – via 12-year “data exclusivity” periods. These periods grant the pharma company exclusive rights to its clinical trial data so that the data cannot be used by a copy-cat competitor to quickly obtain a patent for a cheaper “biosimilar” drug.

Another strategy is to apply for a drug’s patents in stages. A pharmaceutical company may decide at first to apply only for patent protection of the drug’s underlying compound before clinical trials to give as little away as possible about the product. Later, they can seek additional, more specific — and revealing — “method of use” and “formulation” patents as they get closer to final FDA approval.

With so much money at stake and competition for profit so fierce, a pharmaceutical’s monetization roadmap needs a successful IP strategy for adequate protection. It’s a tricky balancing act between secrecy, security and timing.