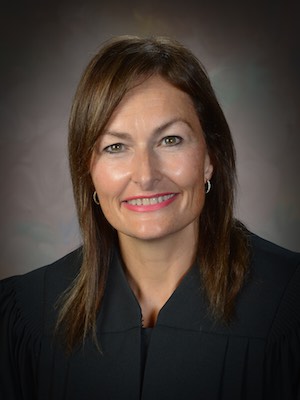 Judge Kara Stoll of the Federal Circuit wrote the opinion for the majority.

Yesterday, in Visual Memory LLC v. NVIDIA Corp., the United States Court of Appeals for the Federal Circuit once again issued the rare decision finding a computer-implemented invention (i.e., software) to claim patent eligible subject matter. The decision authored by Judge Stoll (joined by Judge O’Malley) was not a unanimous decision. The majority determined that the patent claims drawn to a computer memory system did not cover an abstract idea and, therefore, the second step of the Alice test was an unnecessary inquiry. Judge Hughes dissented and would have found the claims not only to relate to an abstract idea under the first step of the Alice test, but would have found the claims to be patent ineligible.

The patent at issue was Visual Memory’s U.S. Patent No. 5,953,740, titled Computer memory system having programmable operational characteristics based on characteristics of a central processor.

The ’740 patent teaches that computer systems at the time of filing frequently used a three tiers of memory to enhance performance – low speed, medium speed and high-speed memory. The high-speed memory acts as the processor cache and is expensive in comparison to the low and medium speed memory. A three-tier memory hierarchy alleviates the limitations imposed by the cache’s size limits because it allows code and non-code data to be transferred from the main memory to the cache during operation. Replacement algorithms determine which data should be transferred from the main memory to the cache and which data in the cache should be replaced. This types of prior art memory systems lacked versatility because they were optimized for a specific processor.

The invention described in the ‘740 patent overcame the limitations of the prior art by creating a memory system having programmable characteristics, which would allow it to be used with multiple different processors without any reduction in performance.

Visual Memory sued NVIDIA for patent infringement of the ‘740 patent. NVIDIA filed a motion to dismiss arguing that the claims asserted were not directed to patent eligible subject matter. The district court granted NVIDIA’s motion and Visual Memory appealed.

“Our review of the ’740 patent claims demonstrates that they are directed to an improved computer memory system, not to the abstract idea of categorical data storage,” Judge Stoll wrote. “The specification explains that multiple benefits flow from the ’740 patent’s improved memory system.”

Dissenting, Judge Hughes disagreed, saying that the claims covered “nothing more than a black box,” and that “the patent lacks any details about how [the invention’s purpose] is achieved.” The majority found three flaws with this conclusion.

“Second, whether a patent specification teaches an ordinarily skilled artisan how to implement the claimed invention presents an enablement issue under 35 U.S.C. § 112, not an eligibility issue under § 101,” Judge Stoll wrote.

Third, the majority explained that the dissent assumes the innovative effort was found in the programming, but that assumption is contradicted by the patent specification itself. After pointing to various places within the specification that explained that the invention is an improved memory system, Judge Stoll concluded: “Configuring the memory system based on the type of processor connected to the memory system is the improvement in computer technology to which the claims are directed.”

The majority did not express any opinion on the ultimate question of validity, since the case was disposed of on a motion to dismiss raising only the question of patent eligibility. Nevertheless, Judges Stoll and O’Malley concluded that the claims did not related to an abstract idea under the first step of the Alice inquiry, making it unnecessary to proceed to step two of the Alice test.

Obviously, this decision makes perfect sense. A computer memory system is not something that can be or should ever be capable of being considered abstract. The fact that the district court and a member of the Federal Circuit were able to convince themselves that something so clearly not abstract was, in fact, abstract and patent ineligible speaks volumes of the utter state of chaos that is patent eligibility law in the United States.

The fact that anyone would view 263 frames of computer code as not at a minimum being “significantly more” than an abstract idea under the second step of the Alice inquiry is inexplicable. It is as if Judge Hughes was reading the claims wholly devoid of any specification support, which is of course what decision-makers in this space frequently do. Of course, that flies in the face of volumes of black-letter patent law, including Supreme Court precedent, that commands that the claims be read in light of the specification, not in spite of the specification or dissected from the specification.

That this was not a unanimous decision on such a simple issue that is so fundamental to computer operation is all too predictable, yet still unbelievable. I’m afraid we really have fallen through the looking glass.