Is being called a ‘patent troll’ defamatory? NH inventor files suit against banking industry to find out 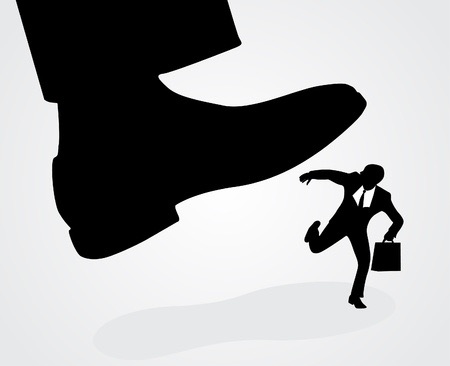 For the better part of the nearly 250 years of the existence of the United States of America, the U.S. patent system has been one in which inventors could be reasonably sure that their private property rights covering technological innovation would be respected and enforced. Giants of American innovation such as Thomas Alva Edison, Alexander Graham Bell and others not only successfully commercialized their patented inventions, they also protected their competitive advantage by taking patent infringing parties to court. What happened to that illustrious history?

Constitutionally-protected private property rights have been under assault for more than a decade. Over these past 10 years, an insidious narrative regarding “patent trolls” has been allowed to infiltrate the U.S. patent system, a system which currently ranks 10th, tied with Hungary. America is rapidly losing its edge in free enterprise – seemingly willing to surrender all innovation to China instead.

Funded by a collection of powerful interests such as The Federal Reserve System, the financial sector has become the largest collective source of reelection dollars than any other industry. There’s a reason why criticisms like those found in The Creature from Jekyll Island resonate so strongly among those who are suspicious of nationalized financial systems. Bankers use various special interest groups, such as The American Bankers Association (ABA), to try and convince lawmakers, regulators and the judiciary that they’re genuinely interested in “Protecting Small Businesses and Promoting Innovation by Limiting Patent Troll Abuse”. OpenSecrets.org calls the ABA “one of the most powerful lobbying groups on Capitol Hill,” and the organization has spent more than $8 million per year for lobbying in all but one year since 2008 ($7.76 million spent in 2010).

In recent years, hundreds of financial institutions have paid thousands of lobbyists, paying for an average of more than five lobbyists per member of Congress in 2010, to push for favorable legislation. All the while, patent owners have had to stomach the deleterious effects of Congressional acts like the America Invents Act (AIA) of 2011, U.S. Supreme Court decisions like Alice Corporation v. CLS Bank International and questionable Executive Branch actions like former President Obama’s decision to appoint the former head of patents and patent policy at Google to direct a federal-level agency which Google has been trying to damage in its lobbying efforts.

In a multi-part series to be published on this site, readers will follow a self-made inventor who combined several unique technologies into a manufacturable product when, all of a sudden, the devastating events of 9/11 destroyed his business plan to deploy his device into New York City. Shortly thereafter, a similar product was rolled out by competitors, but there was nothing he could do about it. His patent application, one with nearly 600 prior art citations, was stuck at the USPTO as it was still being examined. It would remain there for a decade. The very same decade patents came under attack.

The story of David Barcelou and his company, Automated Transactions LLC, should be a very cautionary tale for anyone who still believes that owning a patented invention leads to financial success, even when the technology is widely adopted by a vast array of very large businesses. The minute Barcelou was able to enforce his patented technologies in court, winning a sizable settlement from the biggest bank in his hometown of Buffalo, NY, a veritable “Who’s Who” of the financial services leaders joined forces to destroy both Barcelou and his company economically. Besides encouraging one another to ignore Automated Transaction’s demand letters, false and misleading statements started to appear in prominent business publications, which went so far as to say the company had purchased its patents, or alternatively, that the patents were invalid. Over time a unified battle cry arose from the ‘poor little community banks’ he allegedly targeted; “He’s nothing but a patent troll.” 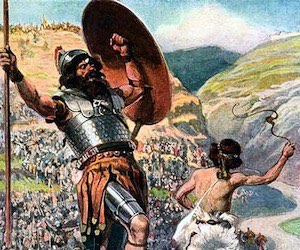 In a New Hampshire State Superior Court, this so-called ‘patent troll’ has decided to fight back. Automated Transactions and Dave Barcelou have filed a defamation complaint against the crème de la crème of those deemed “too big to fail” and who many might consider to be too big to defeat. The metaphor of David and Goliath from the Old Testament’s First Book of Samuel may be overused, and in many cases it is, but there are some unique parallels which we’ll note as the series draws on. Dave Barcelou is walking into a battle over property, just as the Israelite David did in the Biblical battle. The Federal Reserve is a much more powerful opponent than Goliath could ever be. In fact, it is an entity whose armor so blinds them they can’t fight properly; they can only hurl insults like ‘patent troll’ in the face of Dave’s legitimate Constitutional property rights. Whether or not his case is able to destroy the empty, insulting ‘patent troll’ narrative with the slinging of a single stone (or, in this case, defamation lawsuit), the battle lines have been drawn in a way which should give many patent owners reason to pay very close attention to this New England case. His situation, which spans more than two decades, is one they might very well find themselves in (if they haven’t already). Dave Barcelou’s story is a classic example of the horrors that await the small individual inventor and patent owner in the face of powerful business interests. Despite owning valid, enforceable patents and track record of having invented one of the most successful arcade games in history, any entrepreneur might find themselves smack in the middle of a cautionary tale like this one.