Federal Circuit says Will.i.am not allowed to trademark I AM 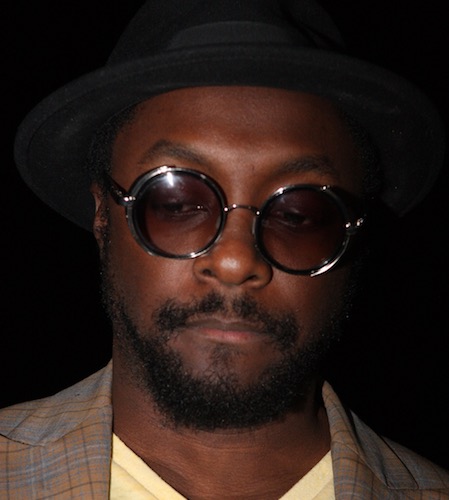 William Adams is the well-known front man for the music group The Black Eyed Peas and is known as will.i.am. Adams’ company – i.am.symbolic, llc – already owns trademarks on WILL.I.AM for certain goods and services, and also the mark I AM (typed drawing) for clothing in class 25. The trademark examining attorney refused registration of the standard character trademark I AM on the ground of likelihood of confusion with existing registered trademarks. The Trademark Trial and Appeal Board affirmed. Because the TTAB did not err in its likelihood of confusion conclusion, earlier today the Federal Circuit affirmed in an opinion by Judge Lourie (joined by Chief Judge Prost and Judge Schall). See In re: i.am.symbolic, llc.

The examining attorney refused registration on the ground of likelihood of confusion with previously registered I AM marks pursuant to 15 U.S.C. § 1052(d) for the same or similar goods. As a result, the applications (in classes 3, 9 and 14) were amended during prosecution to include with the identification of goods the statement “associated with William Adams, professionally known as ‘will.i.am’.” The examining trademark attorney remained unconvinced and continued to refuse registration based on the likelihood of confusion.

With respect to the so-called will.i.am restriction, the Federal Circuit agreed with the TTAB, explaining that Symbolic failed to show reversible error in the determination that the will.i.am restriction failed to impose a meaningful limitation in this case for purposes of likelihood of confusion analysis. More specifically, the Federal Circuit explained: “It is well established that the Board may not read limitations into an unrestricted registration or application.”

The Federal Circuit likewise agreed with the TTAB’s likelihood of confusion analysis under the first of the DuPont Factors, saying when analyzing the first factor that “the Board’s finding that Adams is not known by I AM or i.am is supported by substantial evidence.” Still further, the Federal Circuit agreed with the PTAB under the second, third and fourth DuPont Factors that “the goods are identical or related and the channels off trade are identical.” Again, the Court pointed out that “the will.i.am restriction does not impose a meaningful limitation and the registrations at issue do not contain any express limitations.”

Symbolic also argued the TTAB erred in not considering the sixth, eighth, and twelfth DuPont factors in light of recent Federal Circuit precedent. The Federal Circuit, however, explained that those cases were distinguishable because they involved composite marks that were not identical to the opposers’ trademarks. In this case the I AM applied for trademark was identical to trademarks already registered.

Additionally, the PTO’s mere acceptance of the will.i.am restriction in the identification of goods does not render it meaningful to likelihood of confusion. Contrary to Symbolic’s suggestion, not all language in an identification of goods that is “specific, definite, clear, accurate, and concise,” Appellant’s Br. 25 (quoting TMEP § 1402.01), imposes a meaningful limitation for purposes of likelihood of confusion analysis. Similarly, the PTO’s alleged allowance of similar limitations in other registrations does not dictate the outcome in this case.